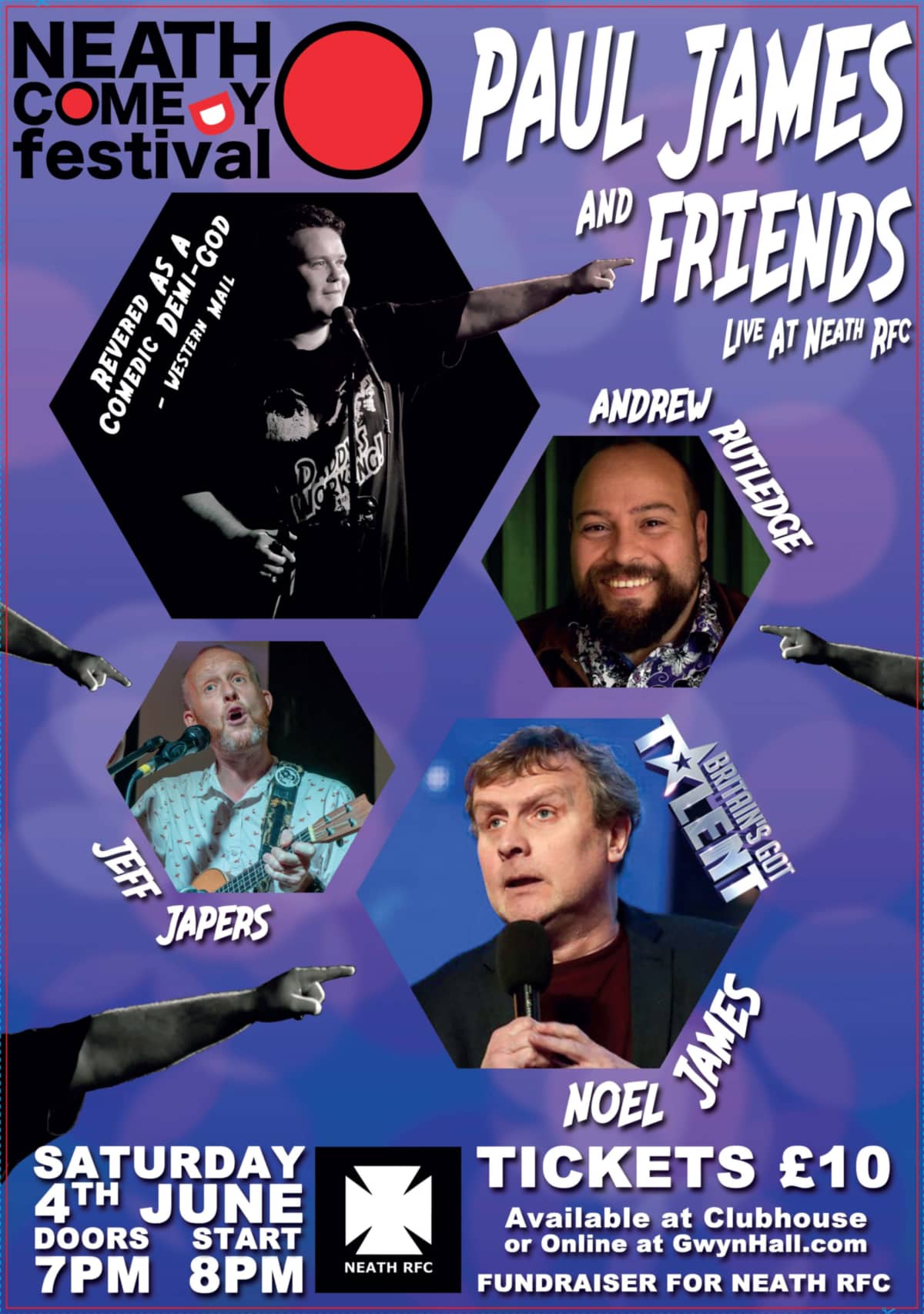 June the 4th see’s The Neath Comedy Festival coming to Neath RFC Clubhouse. Those who have attended in previous years know that this is a night not to be missed.

Despite headlining clubs up and down the UK, Neath comic and festival founder Paul James loves nothing more than doing a show within walking distance of his home!

With some of his very funny friends, including Britain’s Got Talent Semi-Finalist Noel James, Rhondda legend Andrew Rutledge and British Musical Comedy Act of the Year Jeff Japers. This night of high octane comedy will raise funds for Neath Rugby Club as they rebuild.

“Armed with jokes that huge stars would sell their grandmothers for!” – South Wales Evening Post

Tickets are available from the CLUBHOUSE – You can also PAY ON THE DOOR.
or get tickets online at:
https://gwynhall.com/shows/ncf-paul-james-friends/?fbclid=IwAR3ZHcCMWBT0KY78XBcNy1YeTUGKF_w71rxrtOe4osErR0q_o6uO-WZhJaA