Neath travel to Crymych on Saturday (kick off 2.30pm) for their second pre-season build-up game which will help raise funds for Ifan Phillips.

The home side are planning a big family day around the fixture including the appearance of Wales’ Commonweath Games boxing medalists the Croft twins Ioan and Gareth.

Assistant Coach Andrew Howell said, “We are looking forward to playing Crymych and building on last week’s pleasing first hit against Ebbw Vale although we will not be resting on any laurels.

“Our fitness was impressive in the heat, a lot of players got contact-time and we got going forward against Premiership physicality. But we need to build our game, get in the right areas more often – and score.

“Crymych produce a lot of good players who will be playing out of their skin on their own patch. We’ll need to be ready for the non-stop, stiff challenge which is just what we want.”

Centre Ryan Evans will captain Neath who make several changes to the side which started against Ebbw Vale last week with Sion Crocker, Sam Martin, Jacob Blackmore and Morgan Kneath coming in up front while Jon Bayliss and Ryan Griffiths, both unavailable last week, are on the wings. If fit, Lewis Evans will switch to full back. 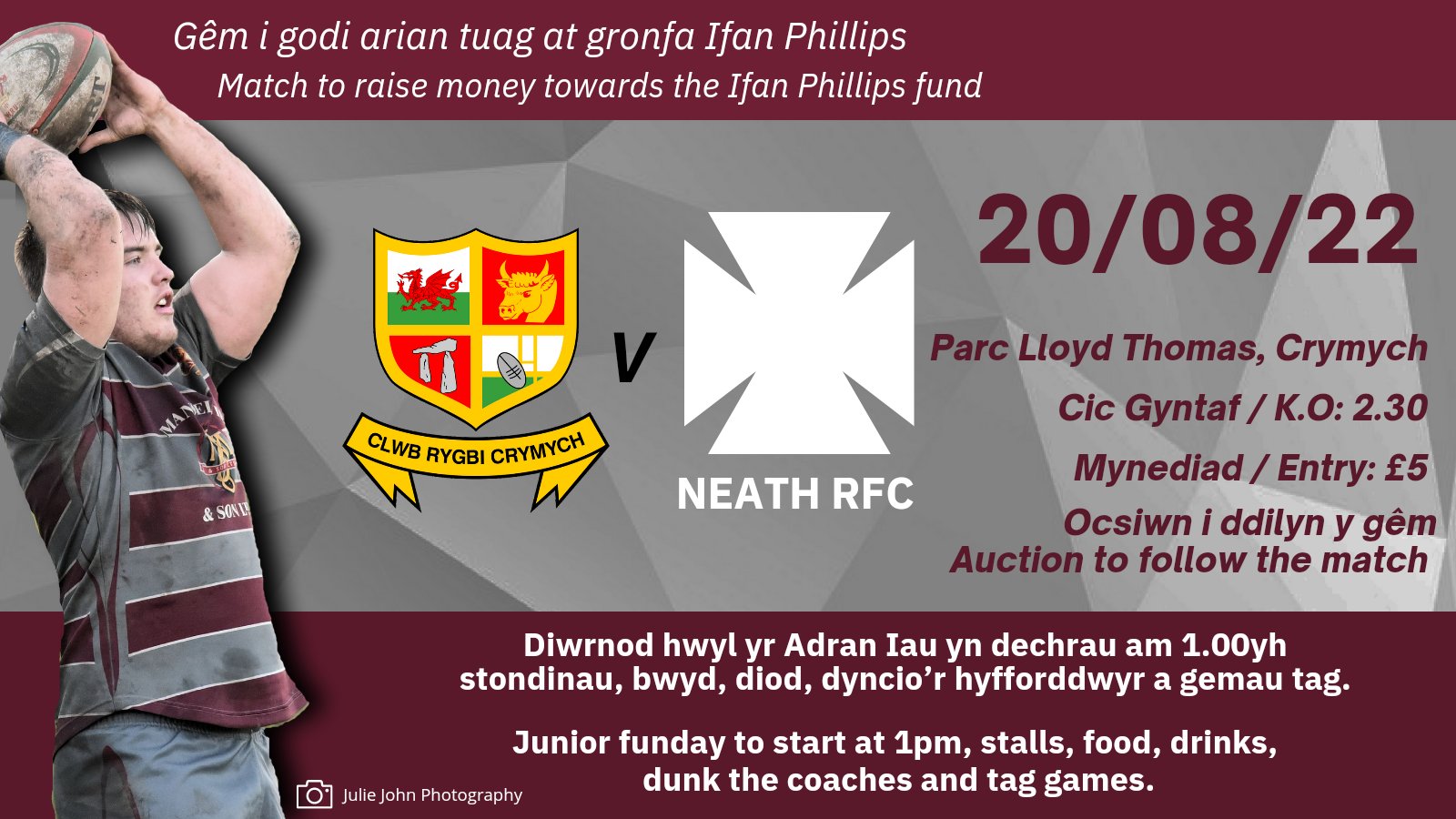