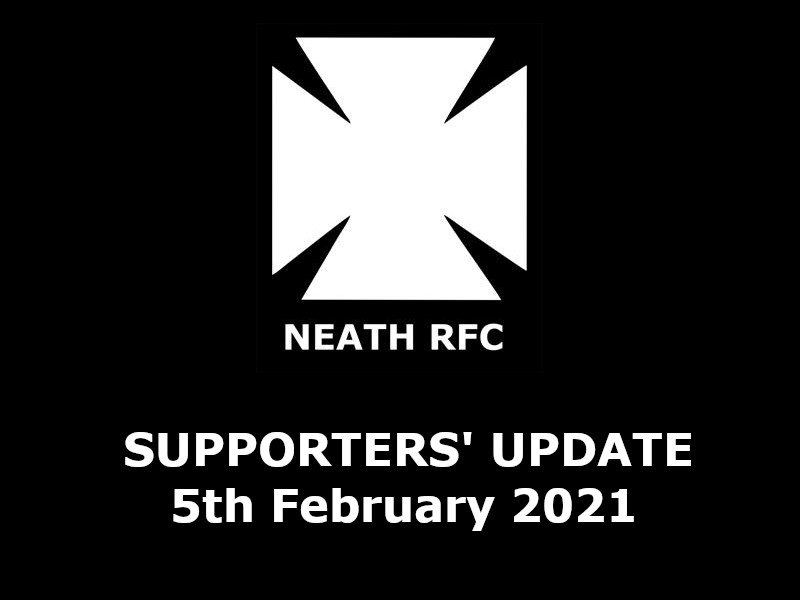 As we enter the second month of 2021, the main news is that rugby-wise there is very little change.

We are all still very firmly locked down and, while many of our older supporters have been vaccinated, restrictions remain and the Welsh Senedd says that, apart from a partial return for schools, they will remain for another 3 weeks at least.

The Leagues have been abandoned alreadt and prospects of clubs playing at all in 2020/21 are receding in line with every lockdown extension. If the WRU adheres to its 6-week lead-in period, even if all restrictions were to be lifted in six weeks time (which I am sure they won’t) we’d be deep into April.

Important as our sport is to us, everything must be viewed in terms of the wider health context. Some newspapers do suggest that after a full return for schools, sport and gyms may follow.

In the meantime to keep us occupied, the crowdless Six Nations to hopefully inspire us through to March 14th. Wales kick off against Ireland on Sunday afternoon (3.00pm – referee Mr. Wayne Barnes) after Saturday’s Italy-France (2.15pm) and England-Scotland.

Meanwhile the Womens Six Nations will take place in April and the Under20’s will be held in June/July, both with compressed fixtures as in the Autumn Nations’ Cup.

Good news this month for Keiran Williams and Ifan Phillips who have signed contract extensions with The Ospreys. Keiran and Ifan – along with Reuben Morgan-Williams – have been among the success stories of this season. All enjoyed their learning at The Gnoll – the message should be obvious !

Supporters will have noted with pleasure the interesting “nostalgic” articles featuring former Neath RFC stars which have appeared in the Welsh Press courtesy of Mark Orders, Simon Thomas and gang. Recent features have involved Mark Jones, Scott Gibbs, Adrian Davies and Phil Pugh and, in the absence of rugby proper, have provided much-needed entertainment.

Last month, I mentioned our “SESQUICENTENARY” and we remain hopeful that the Game wil be back in business in time for us to mark our 150th season in a proper manner.

By the time the Six Nations ends, a further tranche of supporters should have been vaccinated but whether the numbers will give our rulers sufficient confidence to ease things significantly remains to be seen.

In the meantime, keep safe and well.