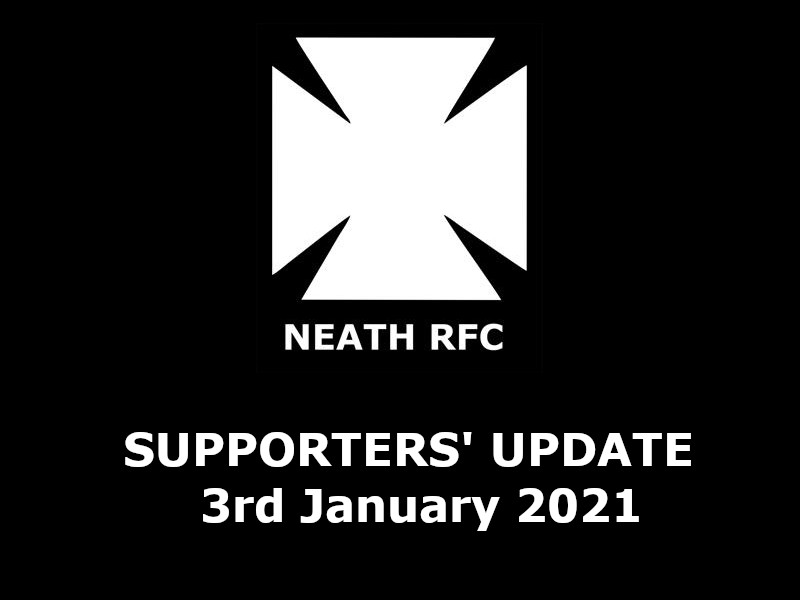 Firstly, as we boldly enter 2021, Happy New Year to all rugby supporters – surely it will be kinder to us all than was 2020 ?

Of course, as the New Year dawns we are all very firmly locked down again and that includes the Neath RFC Clubhouse.

On the field of play, there is little to report this month other than the official confirmation that the WRU league programme for 2020/21 has been abandoned.

However, the WRU enigmatically announced that there may be “competitive” rugby for Premier and Champinship clubs stretching from March into the summer !

Yet, after the tightening of precautions over the Christmas period, even that may be over-optimistic as wide-scale vaccination might not come in time.

But the vaccines mean that we can now see a way to a prompt start to next season.

Which moves us nicely on to the word “SESQUICENTENARY” – a new term for many but one with which Neath RFC supporters will soon become familiar.

For “sesquicentenary” derives from the word “sesqui” meaning “one and a half” and centenary – which, of course, Neath RFC became the first senior Welsh club to celebrate in 1971/72.

Subsequently, evidence has come to light which indicates that rugby football was actually played at Neath long before that – in 1864 at Court Herbert.

But, for mathematical neatness if nothing else, we must stick with 1871/72 as the year of our formation, coinciding as it does with the first recorded fixture in 1872 against Swansea who afterwards promptly switched to soccer !

Assuming the resumption comes to pass, for celebratory purposes, next season will therefore be Neath RFC’s 150th or sesquicentenary year.

We are planning some special events, fixtures etc. to mark the occasion and there will be much more of this in future editions.

Hopefully two great reasons to celebrate in the New Year !