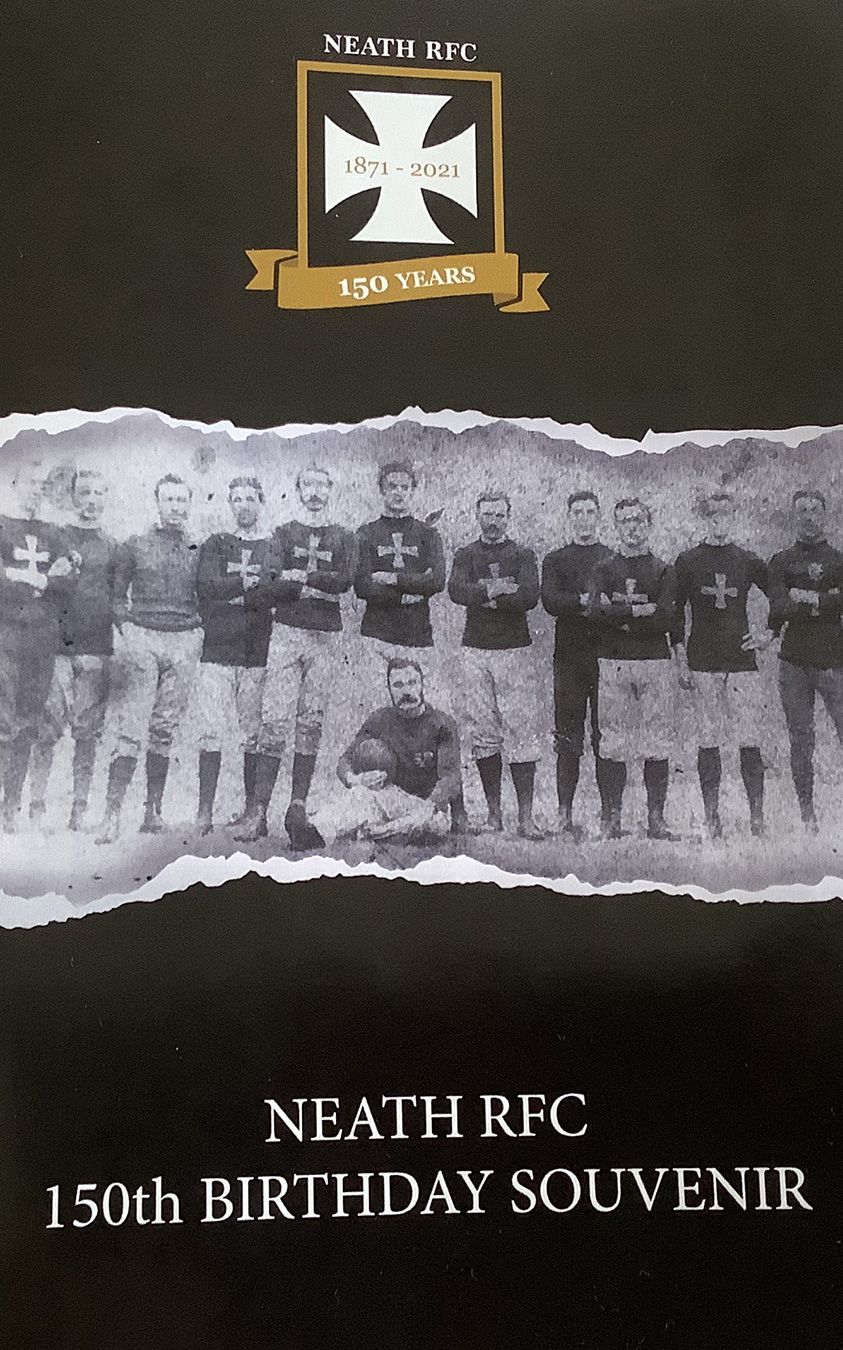 Those attending Friday evening’s big Neath RFC 150th Birthday Celebration at The Gnoll can be the first to get their hands on a copy of a special souvenir booklet.

Priced at £2, the souvenir helps celebrate 150 years of Neath RFC and has been written for the occasion by Neath RFC’s secretary Mike Price.

It will interest all Neath RFC followers and contains a lot of valuable information concerning the Welsh All Blacks.

“It is not a history, nor is it a purely statistical exercise although it does include a lot of names and factual tables including the Black Lists – which I started a long time before Raymond Reddington popularised the term,” said Mr. Price.

“It is an overview of some of Neath RFC’s many achievements and deeds including the surprisingly high number of ‘firsts’ performed by the Club.”

Gates open for the 150th Anniversary event at 5.00pm with fair-rides and rugby activities for the youngsters.

There will also be stalls, refreshment outlets and music for the younger element before attention turns to the specially-erected stage and ‘big screen’ films and interviews with Neath RFC stars past and present.

** PAY AT THE GATE Admission to the Neath RFC Celebration is FREE for Under-16’s and just £3 for adults.