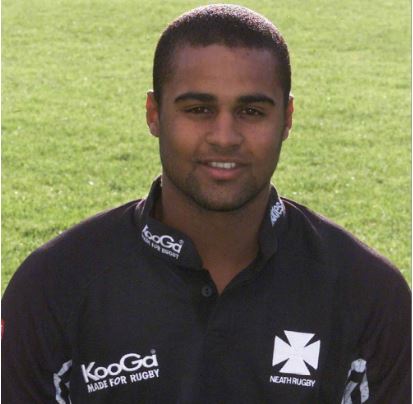 Former Neath and Wales wing Aled Brew has announced his retirement at the age of 34.

Aled joined Neath from Neath Athletic Colts in 2004 and rapidly became a favourite at The Gnoll with his powerful, elusive running. He made his senior league debut just after his 18th birthday in a 28-7 win over Swansea.

In two seasons with Neath, he made 35 appearances and scored 18 tries and he became the youngest player to captain the Welsh All Blacks when he led the team in a 50-23 friendly win over Maesteg in January 2005.

He was always destined to play professionally first with the Ospreys and he won his first Wales cap against Ireland in 2007.

Aled went on to win won nine caps and this season he joined the Scarlets to complete a full house of playing for all four Welsh regions and he also played for Biarritz and Bath.

Gnoll supporters will join in thanking Aled for the memories and wish him well in his retirement.