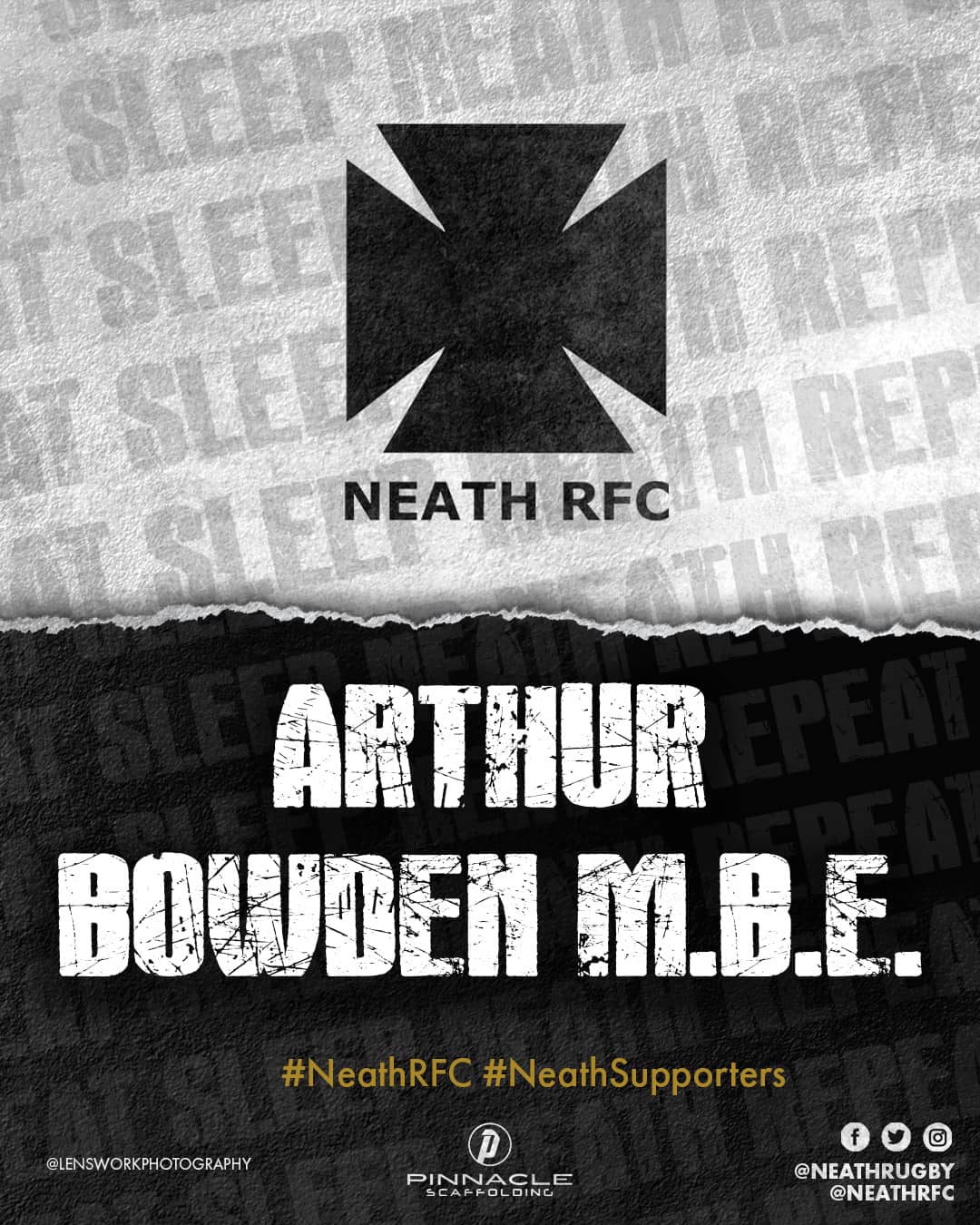 Neath RFC was saddened to learn on Saturday evening of the passing of Arthur Bowden M.B.E.

Arthur was a Life Member of the Club having been a former committeeman and organiser of the old club lottery which raised considerable sums for the supporters’ benefit under his careful stewardship.

To the Club’s advantage, he deployed his efficient organisational skills honed during his employment as Operations Manager at B.S.C. Port Talbot. He was heavily involved in fund-raising for other organisations in the Town including the Friends of Neath Hospital – and he was justly proud to be awarded the M.B.E.

Neath RFC secretary Mike Price said, “Arthur was a real gentleman – one of the army of volunteer workers who keep Welsh rugby alive. He was a man of absolute integrity, hard-working and completely trustworthy.

“When Arthur said he’d do something, you knew it would be done and in the most meticulous manner – and there is always much to be done in running a rugby club. When he stepped down a few years ago, he left a gap which we will never adequately fill and we will miss his always wise counsel.”

Arthur passed away on Saturday afternoon around an hour after the final whistle had blown on Neath’s 37-7 win over Bedwas and Neath RFC’s deepest sympathy goes to Arthur’s sons Howard and Kenyon, their families and friends.