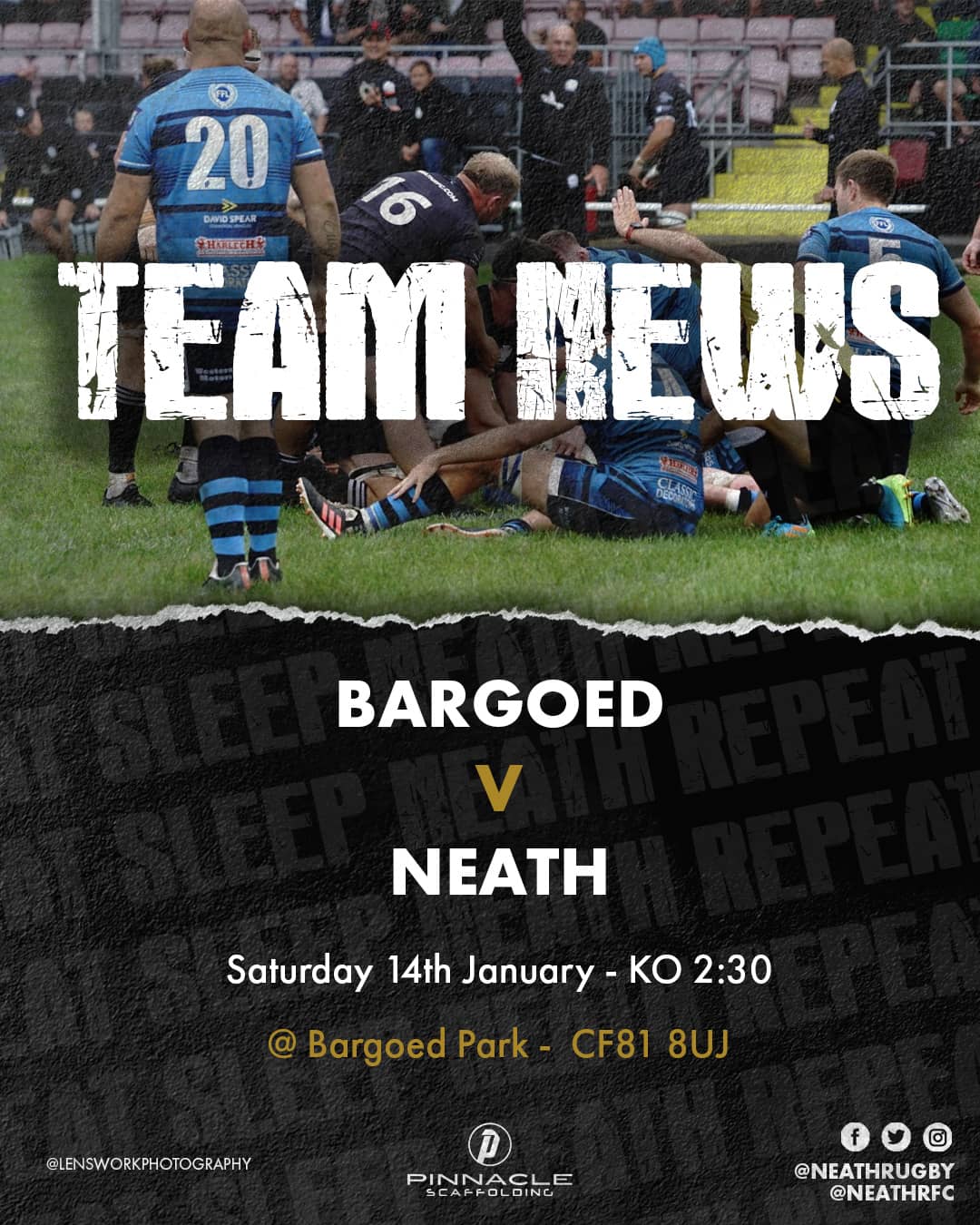 Neath face one of their most difficult trips on Saturday when they head to third-placed Bargoed (kick off 2.30pm).

The Blacks were 42-7 winners last week at Ystalyfera who made a huge effort to get the game on and make just three changes to the starting XV with Lewis Evans returning at full back, Nicky Griffiths at scrum-half and Sam Langford at lock.

It will be a red-letter day for long-serving hooker Sion Crocker who makes his 200th appearance for the Blacks who had two full training-sessions outdoors this week despite the rains.