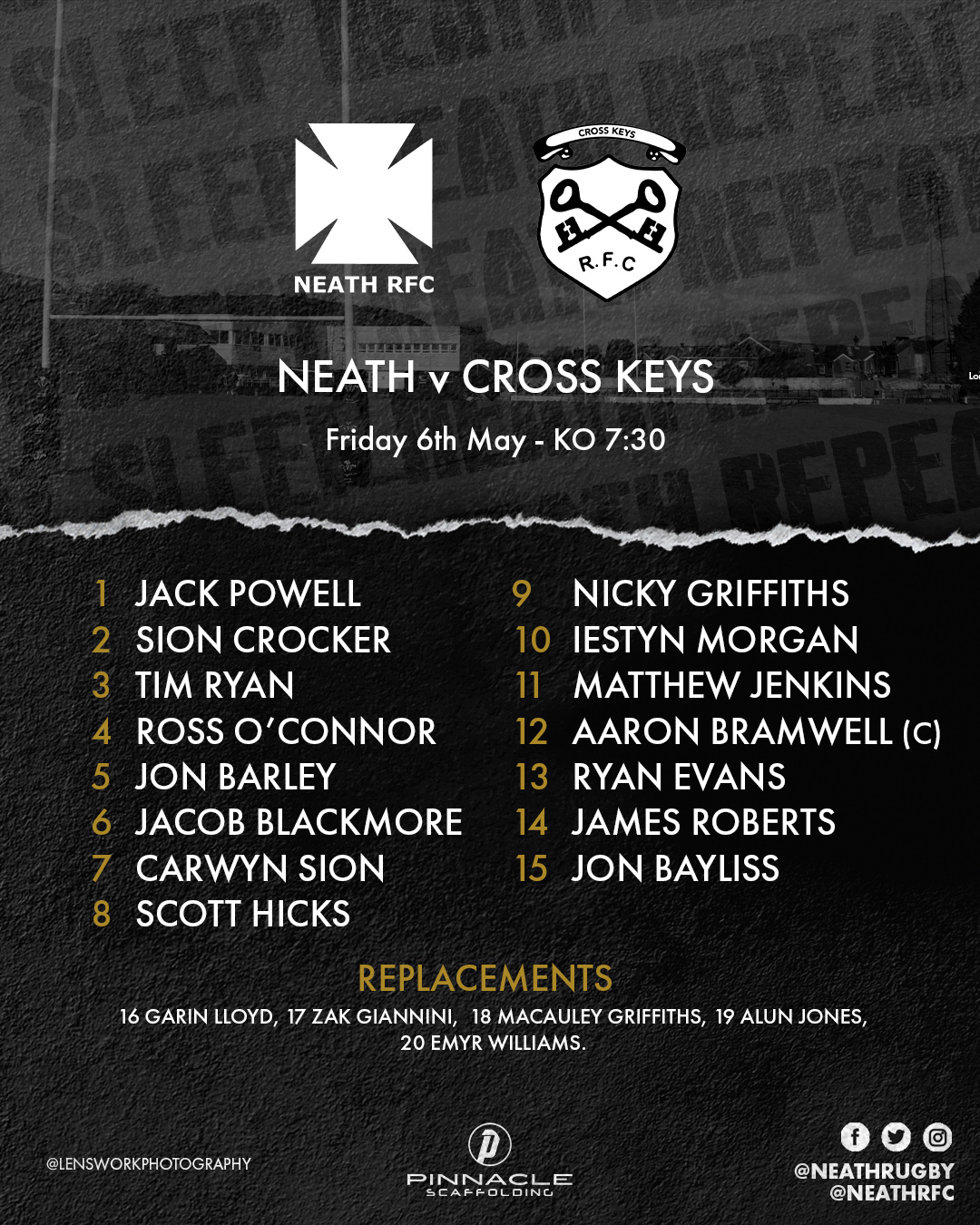 Neath round off their successful 150th Anniversary season which, despite all the disruptions, has seen them play an admirable 29 fixtures when they entertain Cross Keys at The Gnoll on Friday evening (kick off 7.30pm).

Keys are always doughty fighters and only a home win would put Neath top of the WRU Championship – probably temporarily unless Trebanos can upset Bargoed on Saturday.

Nearest challengers Pontypool appear to have finished for the season but lost to both Bargoed and Neath in any case. Bedwas cannot finish anywhere but fourth.

With coronavirus still causing problems, the Neath team shows a number of changes from that which beat Tata Steel last time out Jonny Bayliss will be at full back with James Roberts and Matthew Jenkins on the flanks. Ryan Evans returns at centre alongside skipper Aaron Bramwell while Iestyn Morgan and Nicky Griffiths team up at half-back.

The tried and tested front row is made up of Jack Powell, Sion Crocker and Tim Ryan with Ross O’Connor and Jon Barley continuing their partnership in the second row. Jacob Blackmore and Carwyn Sion join Scott Hicks in the back row.

The replacements’ bench features Macauley Griffiths, Zac Giannini, Alun Jones, Emyr Williams and Garin Lloyd who, with 20 Neath appearances behind him, comes back on permit from Swansea.