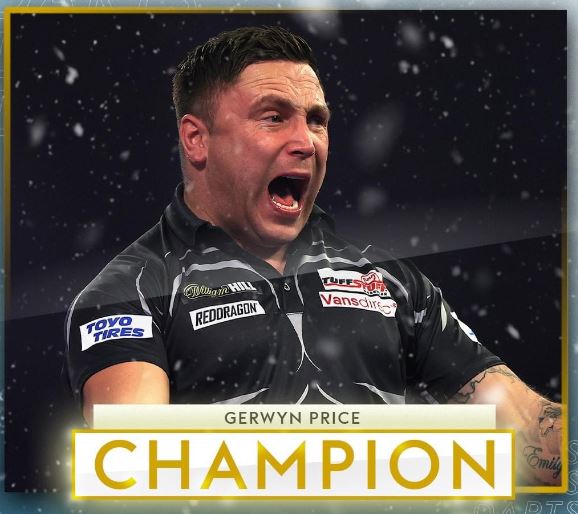 Former Neath hooker Gerwyn Price is on top of the world after winning the 2021 PDC World Darts Championship at Alexandra Palace.

Ex-Gnoll favourite Gezzie beat Scotland’s Gary Anderson to become the first Welshman to win the PDC and he added the title to that of World Cup of Darts winner for Wales with Johnny Clayton.

In doing so he lifted himself to No.1 in the World and walked off with the coveted Sid Waddell Trophy as well as a nice little earner of £500,000 !

It is always good to see Neath RFC men doing well and all at Neath RFC will congratulate him on his success and hope that it long continues.