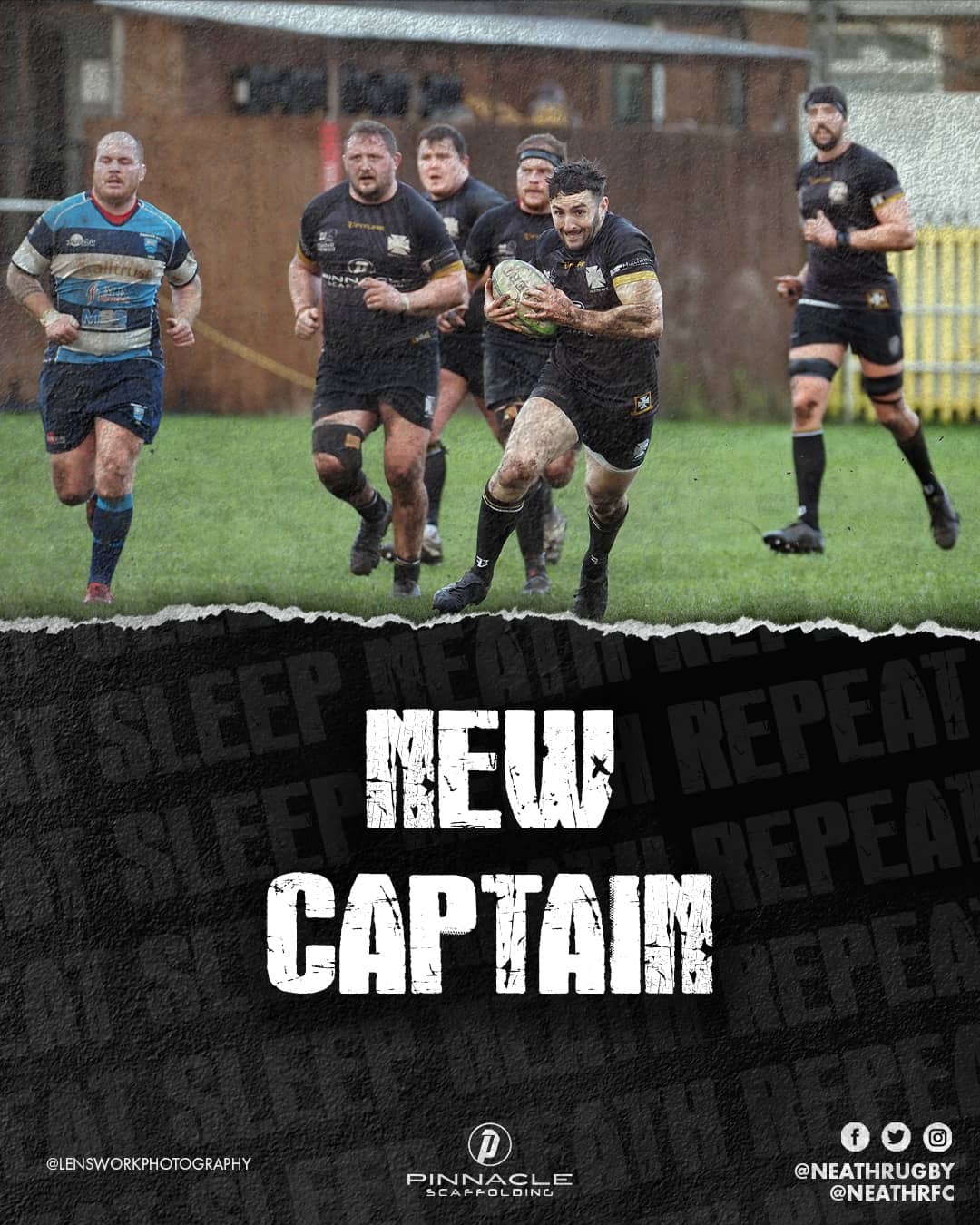 Centre Ryan Evans has been appointed captain of Neath RFC for season 2022/23.

Ryan is no stranger to the role as he captained the team several times last season and was in charge when Neath won their warm-up game at Crymych (45-14) recently.

29 year old Ryan is very much a local boy who first appeared for Neath in 2013/14 and returned after the end of the ill-fated Coronavitus-shortened 2019/20 season following a short spell with Llandovery.

He is on the staff at Ysgol Gyfun, Ystalyfera where he helped coach the team which won last year’s Welsh Schools Cup.

He succeeds full back Aaron Bramwell who led the side in 2017/18 and then out of the Coronavirus crisis last season when the Welsh All Blacks won the inaugural WRU Championship Cup.

But the popular full back will not be lost to the Club as he has stepped up to take a place as part of Patrick Horgan’s senior coaching team alongside Andrew Howell and Tim Ryan.

Aaron is also undertaking his Level 4 coaching badge whilst working as a WRU hub officer at Ysgol Bae Baglan.

He will continue to play as and when required and will carry on his duel coaching roles with the Neath Schools Under-15’s and Under-11’s sides too.

Neath head coach Patrick Horgan said, “Aaron has served Neath well over a number of seasons and now his career moves on to another path. His commitment to the Neath cause is absolute and his work with the Schools augurs well for the future.

“But time moves on and we are fortunate in having Ryan who is an experienced campaigner in his own right and is another who has his eye on the future with his coaching at Ysgol Gyfun Ystalyfera.

“Ryan will lead the team on Saturday against Bargoed and, having led us successfully in the past, should fit easily into the role.”