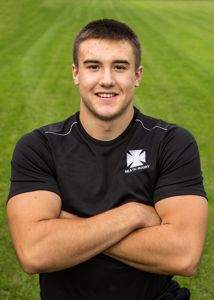 Following on from the announcement of the signings of Lewis Evans and Iwan Evans, Neath RFC have added a third new recruit to the squad.

Back Row forward ELIS HOPKINS is another who has decided to return to the Welsh All Blacks fold. The Neath Athletic product made 34 appearances for Neath to 2018/19 before joining Llanelli where he made 23 appearances for them.

Coach Patrick Horgan said, “We are pleased to welcome Elis Hopkins back to The Gnoll – a third player with substantial Premiership experience.

“Elis has finished his studies and has strong leadership qualities. We expect him to make a big contribution with his powerful ball-carrying and high tackle count.

“Also, he can operate across the back row which will be a bonus over the demanding WRU Championship fixture schedule.

“Like Lewis and Iwan, he is a very much a local lad with his father Alun being a former Neath player.

“It is great to see him back and supporters will look forward to seeing him at The Gnoll soon.”