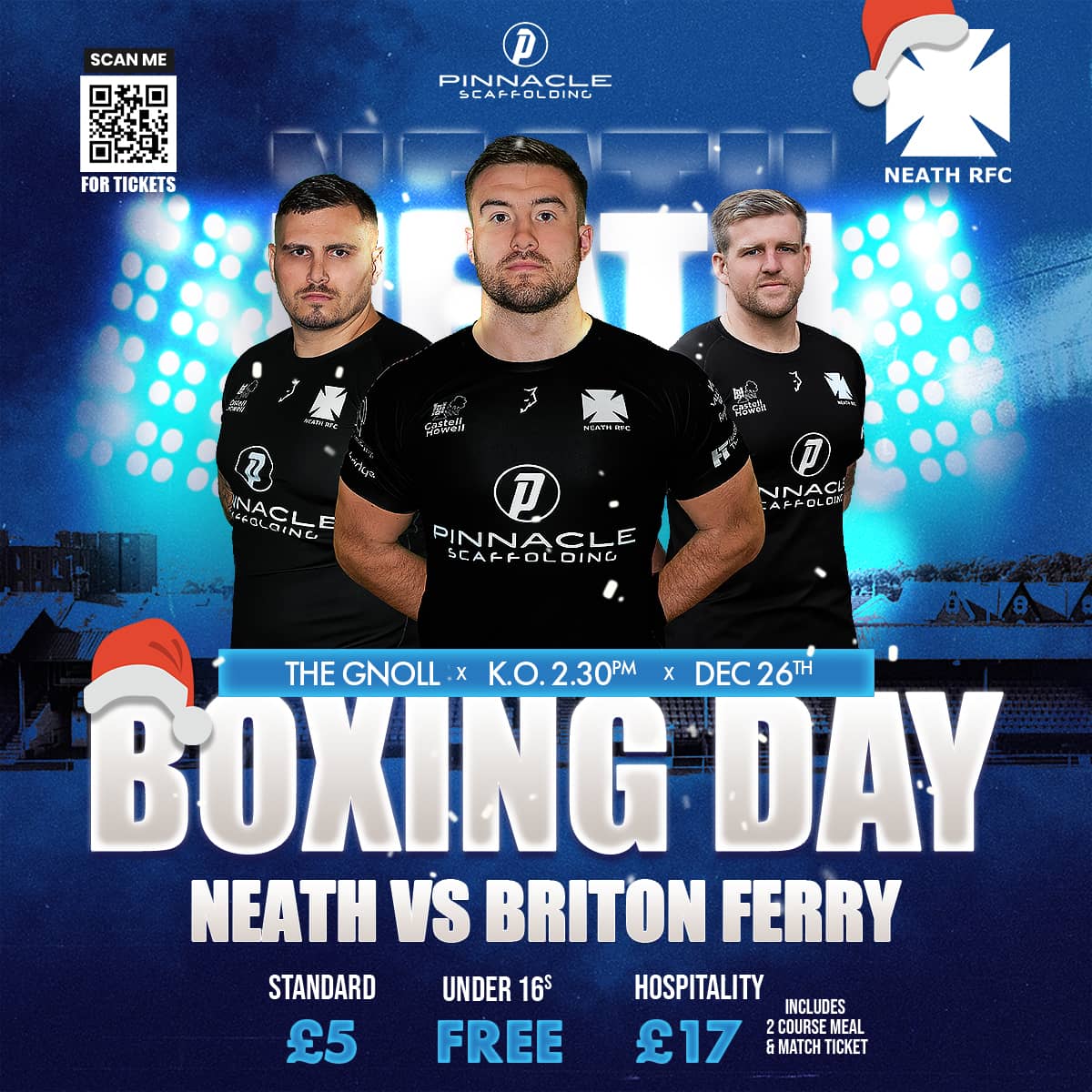 Neath sporting enthusiasts seeking Christmas holiday entertainment should make their way to The Gnoll Ground in Neath on Boxing Day when the Welsh All Blacks host near-neighbours Briton Ferry (kick off 2.30pm).

It will be the first time Neath have been at home on Boxing Day since before the Coronavirus epidemic and the Club are expecting a big crowd as families seek a bit of fresh air after the Christmas festivities.

Rugby football has long been part of the Christmas tradition at Neath.

Since the War, Aberavon have mostly been Neath’s traditional Boxing Day opponents but they are committed to a league fixture against Bridgend.

Neath are therefore very pleased to be able to host the even more local Briton Ferry and provide some entertainment for sport-starved supporters.

The Welsh All Blacks, led by centre Ryan Evans, are enjoying a very good season and are proud that most of the team are firmly rooted in the locality.

Briton Ferry operate a couple of divisions below the WRU Championship leaders so Neath will be picking a suitable side with one eye on the future as all the squad need to be kept “match ready” ahead of New Year challenges.

Neath RFC rugby secretary Mike Price said, “I am young enough to remember us playing London Welsh on Christmas Day, Aberavon on Boxing Day followed by another fixture against Swansea or one of the Monmouthshire clubs.

“For many, the Boxing Day game will be the only time in the season that families get together and can come to watch us. Many people have moved into Neath in recent years and really we’ll be glad to see as many as possible from the community come along and be part of the tradition.

“Really, everybody is welcome at The Gnoll and, judging by the early interest being shown it promises to be a good occasion.”

Gates will be open at 1.30pm, admission is free for under-16’s and spectators are advised to get there early to avoid congestion.