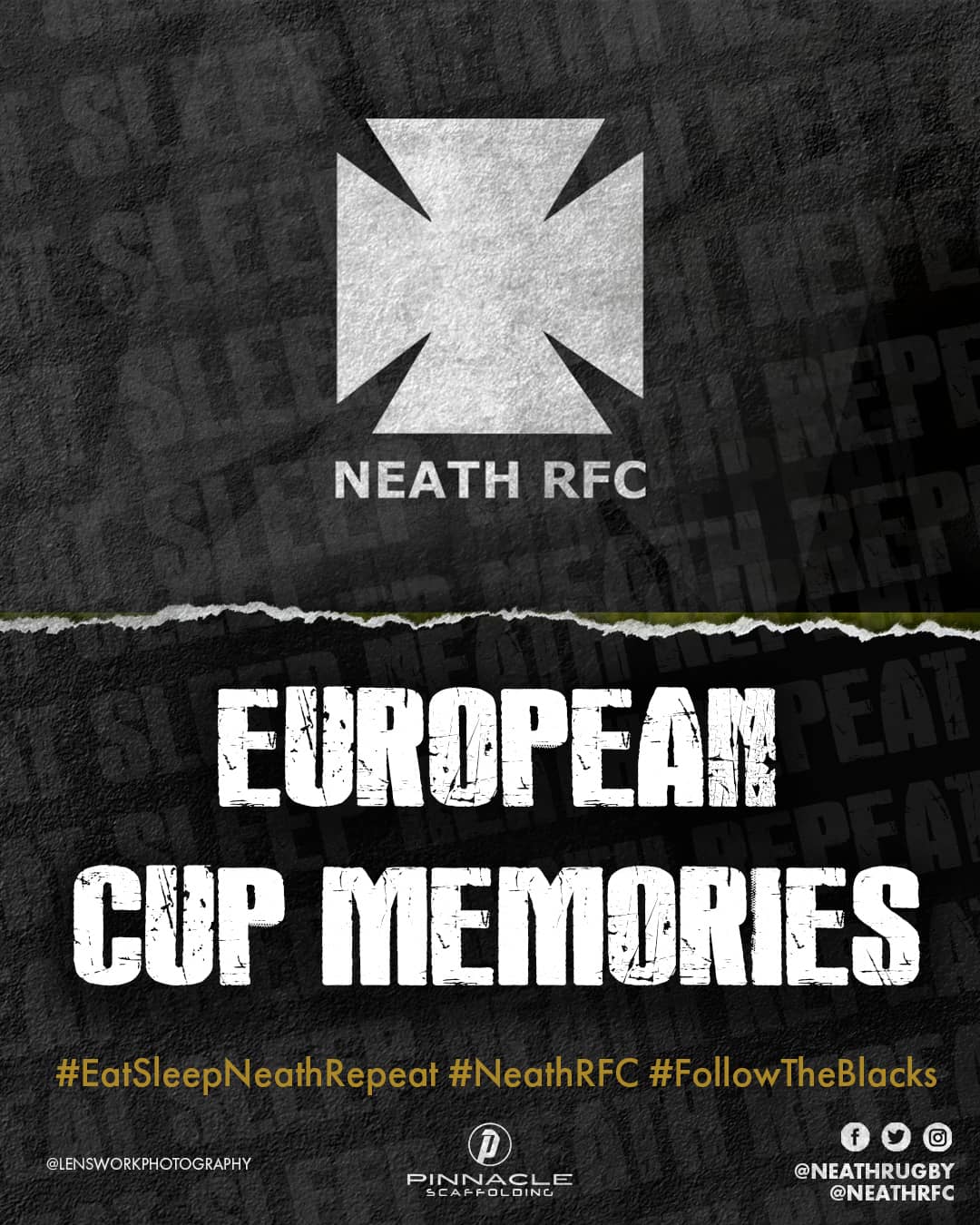 It is a great week for rugby commemorations and November 1st sees the 50th anniversary of a significant rugby occurrence which has been over-looked, even ignored, ever since.

It might be classed as the first-ever European club cup final ! – for on that day in 1972, Neath (the inaugural Welsh Cup winners) travelled to France to take on Beziers (the French champions) in a match which was arranged to officially open the new Parc des Princes stadium in Paris.

The occasion was in doubt more or less up until the moment it took place. Originally it was not even clear whether Llanelli (“Western Mail” champions) or Neath would provide Beziers’ opposition.

That little difficulty was solved by Llanelli having the minor matter of a game against New Zealand on October 31st – an occasion which has been fondly celebrated since.

So it was that Neath (who had beaten Llanelli in the Cup final) entered the fray but arrangements made via the WRU were fraught with difficulties and caused a considerable headache for my predecessor as Neath RFC secretary Allan Benjamin who was then in his first year of office.

There was haggling over the size of the party, over travel arrangements, over the hotel, over buses to the airports and to the ground in Paris – and, on top of all that, Neath had to negotiate time off from employers in those “amateur” days.

Fortunately, all willingly co-operated but Neath would still face selection problems as the inspiration that was Brian Thomas, a confirmed Francophile, was serving a suspension following a minor disagreement and his sending-off in October – against Llanelli.

Neath won that repeat of the previous year’s Cup final 12-7 and, as arrangements hit difficulties, WRU assistant secretary Brian Kempson was called in to act as intermediary. To compensate for costs, the WRU even went so far as to guarantee a return “second leg” the following year – it never took place … and  Neath are still waiting !

The Blacks warmed up by completing a unique West Wales hat-trick, following up the 12-7 win over Llanelli by beating Aberavon 14-3 and then Swansea 23-10 at St. Helen’s on three successive Saturdays.

With arrangements at last more or less nailed on, in their final run-out, Neath excelled themselves when they won 16-13 at Old Deer Park against the international-stacked London Welsh on the Saturday prior to departure.

Tries came from Dave Morris and David Parker who also dropped a goal, John Poole kicking a conversion and a penalty and Rex Alston, writing in the “Sunday Telegraph”, felt that “London Welsh did well against these men of iron and steel in their All Black colours whose style of play was as rugged as that of their namesakes from New Zealand.”

He also noted that “Neath seemed impervious to injury” – the Blacks were certainly made of the right stuff … and besides perhaps nobody wanted to miss out on Paris !

Not even the inspirational J.P.R. Williams could swing it for the Exiles although Terry Godwin wrote in the sister “Daily Telegraph” that Neath won despite the efforts of “John Williams, the hero of Canterbury, Christchurch and the Arms Park who had the finest game of his life – tackling, covering and breaking brilliantly, joining the forwards in rucks and mauls like a tiger.”

Neath therefore boasted a 100% record in the Merit Table and were top of the “Western Mail” table with an 85.8% record.

But they set off for France and the clash with A.S. Beziers without four of the Cup-winning front five as Wales calls saw the Blacks deprived of their formidable front row of Glyn Shaw, Norman Rees and Walter Williams as well as Brian Thomas.

Fortunately, Neath had admirable deputies in the late Keith Morris who would be tragically paralysed after an accident in a schoolboy training session, future Barbarians hooker Jeff Herdman, Phil Langford who became a stalwart prop and into the second row came Neil Lucas who is now a WRU referee advisor.

All were promising young forwards at that stage but they were not quite ready to confront a fired-up Beziers whose reputation was every bit as uncompromising as Neath’s with an equally as fearsome pack which included Messrs. Vacquerin, Martin, Palmie, Esteve, Saisset, Paco and cohorts in front of “10,000 frenzied Frenchmen” !

Still, Neath made a pretty good fist of it and one or two minor incidents did nothing to derail the U.K.’s entry to the E.E.C.

Tries by Ken Collier and David Jenkins and penalties by John Poole (2) and Wilson Lauder  kept Neath in the game and Neath defended bravely in particular the fine back row of Lauder, Dave Morris and Mike Thomas.

But Beziers were stronger and scored tries through centres Navarro and Constantini, scrum-half Richard Astre and Alain Paco with another international Jack Cantoni supplying 13 points. It ended 17-29 to Beziers against the following Neath team :-

Just a couple of days later, Neath were back in action in the Welsh Cup and it was a case of “from Bastille to Brecon”  or nowadays from “Parc des Princes” to “Parc de Pugh” as the Blacks travelled to mid-Wales to begin the defence of their Cup with a 32-nil victory.

The WRU “second leg” never came off but Neath did arrange for Beziers to come to Neath in 1988 in a fund-raiser for Keith Morris and Neath won 19-10.

25 years or so on from the original game, the European Cup in its modern form came into being – but few remember BEZIERS v NEATH and what was the FIRST great European club champions’ shoot-out.