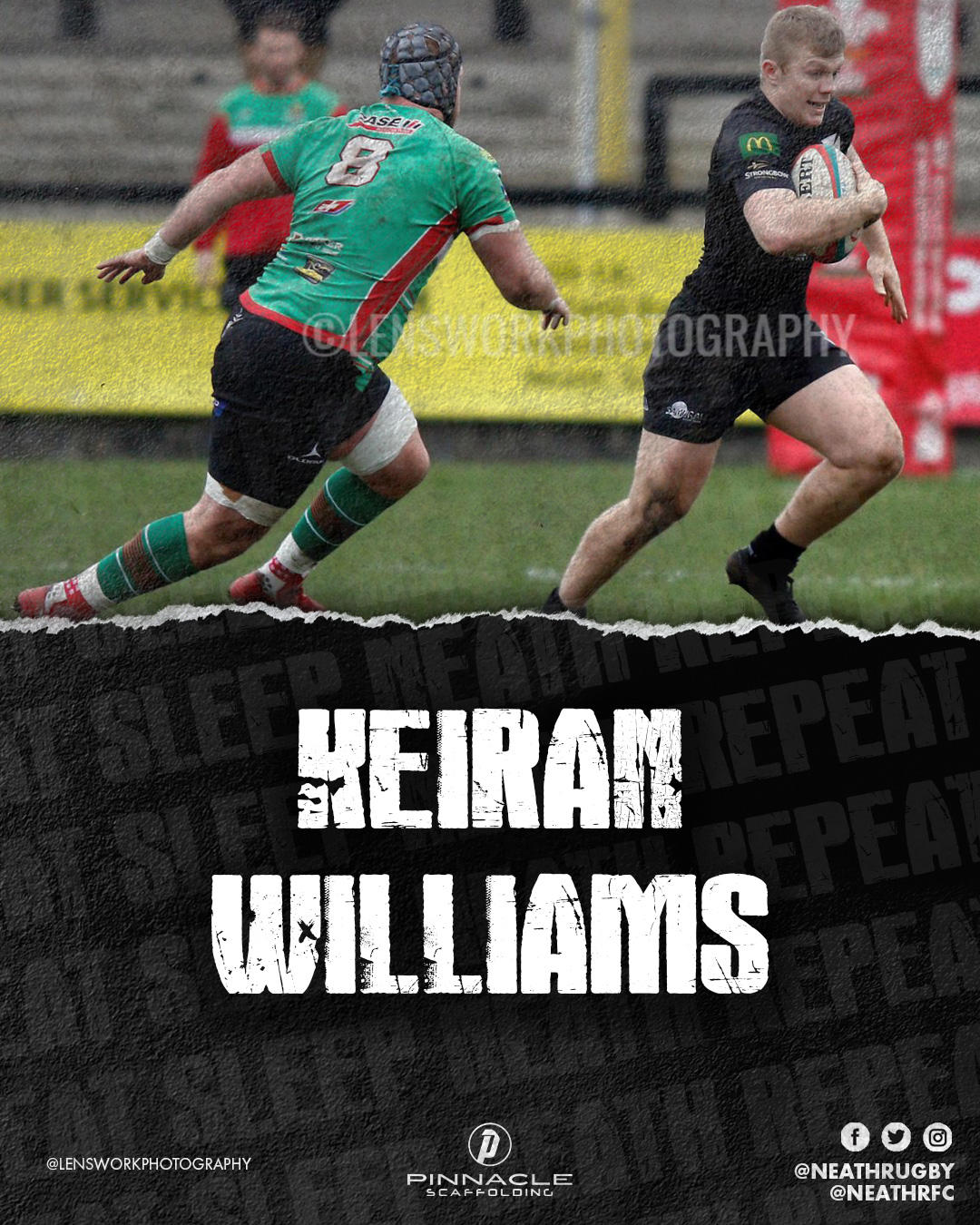 Neath RFC are delighted that Keiran Williams has been named in the Wales squad for the forthcoming Six Nations tournament.

Keiran made his senior debut for Neath RFC as a teenager at Newport in 2015 and has so far made 45 appearances for the Blacks.

All at The Gnoll will join in congratulating him and keeping fingers crossed that he will go on to win that cap.