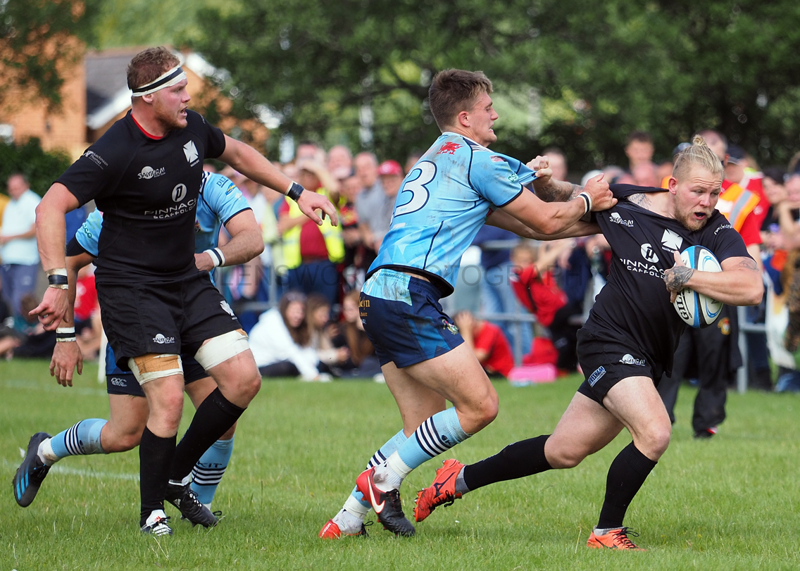 Neath’s 2021/22 season got off to a belated and dismal start when they fell at the first hurdle to Maesteg Quins who fully merited their bonus point victory.

To say that Neath were slow out of the blocks would be the greatest understatement since the Governor of Wuhan reported that there was a little more sickness than usual in his city. Neath’s absence of match-practice combined with some pretty elementary, unforced errors meant that they trailed 6-26 on the half hour – a deficit which, not for want of trying, they found insurmountable.

Missed tackles on Resolven lad Lewis Evans deep in Quins territory led to the home side’s first score as they swept upfield and patiently carved out a neat try for winger Ryan Lovett. The Blacks, intricately keeping the ball moving, forced Quins into defensive indiscretions and edged ahead through two penalties by Steff Williams.

But a dropped re-start saw home scrum-half Jakob Williams take advantage of Neath’s missing second-line defence to precision-plant a kick for lock Nathan Smith to dab down in the corner and outside-half Tadhg McGuckin goaled from wide out.

Then No.8 Andrew Healy celebrated his 200th appearance for the Quins by taking the old-fashioned referee-route to the line and McGuckin converted before the outside-half went over himself for a fourth try and converted to put Quins a magnificent 26-6 up.

Neath managed to get their game going when young flanker Dyfan Ceredig’s gymnastic skills made him the ultimate beneficiary of strong running and good support play when he touched down for Williams to convert and, as replacements (of the rolling genus) took the field, a McGuckin-Williams exchange of penalties made it 29-16 at the interval.

Fast and frantic as the first-half had been, the second-half produced fewer scores but arguably the better rugby. It was certainly more even and on the half hour Neath got the reward : a second try by flanker Owain Morgan and Steff Williams’ unerring boot cut the deficit to 23-29 only for a late McGuckin kick to make the game safe for the homesters.

As a spectacle, the stop-start nature of these new Welsh laws – “It’s rugby, Jim. But not as we know it” – make for a somewhat strange game and supporters will soon be casting envious eyes across the border where “normal” laws have been restored; so too have their leagues… English rugby stealing a march on Wales ? Hmmm !!

In the final analysis, Neath were left to rue that start which was nothing short of disastrous. With six players on debut and a further six returning, there was always likely to be a little early-season unfamiliarity but that does not fully excuse the ring-rustiness.

Neath certainly have no complaints as they contributed to their own downfall with some costly individual errors and soft defence in that opening third. There is much to do on the training-field and a malfunctioning line-out needs to be addressed quickly.

Silver linings for Neath were few although things did improve in the second-half. But that takes nothing away from Quins who were tighter-knit up front, crucially made fewer mistakes and deserved the spoils.