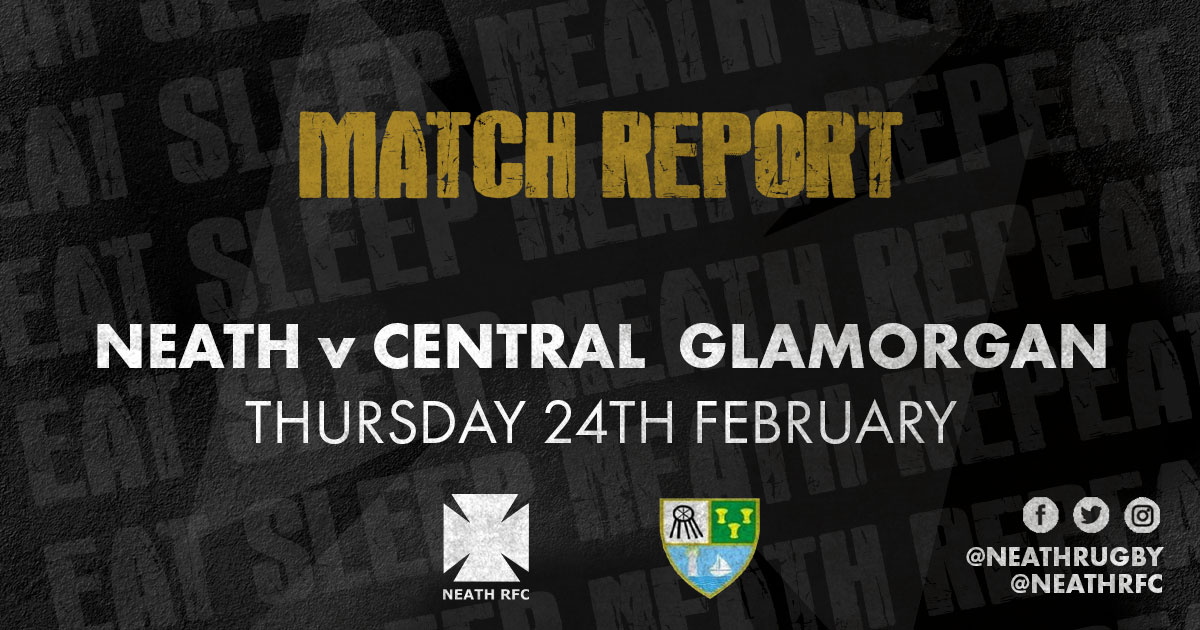 Neath scored six tries without reply in their first-ever fixture against the Central Glamorgan Rugby Union who nevertheless enjoyed their moments as both sides warmed a chill evening under The Gnoll floodlights.

Central Glamorgan – representative of Neath’s WRU District – fielded a strong side including former Gnoll favourite Ben Uphill and two-thirds of the team had tasted victory over Neath this season.

But from the time flanker Owain Morgan powered over for the opening try inside five minutes, Neath never looked back and Steff Williams converted and added a penalty to make it 10-nil.

The game then entered an evenly-contested period with too many stoppages. Neath made little headway at the scrums but the close-quarter work of the home forwards was much in evidence and their second try followed from a lineout 15-metres out, flanker David Griggs the beneficiary and Williams’ conversion attempt hit the upright.

Central Glamorgan spurned kickable penalties, opting instead for attacking lineouts, but Neath kept them out and the Blacks were denied a third try only by a wonderful last ditch tackle as Central continued to battle hard so it remained 15-nil.

The visitors proved equally as obdurate after the break before prop Tim Ryan drove over for Neath’s third try and, as the sides employed all available replacements, a brilliant run by Steff Williams found flanker Emyr Williams up in support to score try number four, the outside-half added the conversion points and it was 27-nil.

The exchanges were keenly contested enough to produce a yellow card for each side and a well-placed kick by full back Iestyn Morgan set up a fifth try for perceptive hooker Chris Morris but for the second time Williams’ conversion found the woodwork.

Livewire wing Louis Rees was a handful for the Central defence and he nearly got though at the posts but was just tackled from behind before Neath bagged a sixth try at the end when another forward drive led to No.8 Scott Hicks crossing and Steff Williams added the points.

Play was not exactly free-flowing but coach Patrick Horgan was pleased with his side’s effort. It was good to see Josh Clark back from injury, Jacob Blackmore got though some sterling work especially at the lineout, young Ciaran Comerford and all the back rowers worked hard.

Behind them, Louis Rees and Steff Williams took some watching, Ben Atkins was sound while Owain Hopkins and Scott Hawkins were soon in the midst of the action from the bench.

For Central Glamorgan, halves Tadhg McGuckin and Tom Briggs were clever, Ben Uphill led a strong scrum effort and the Dixon brothers impressed for a second time at The Gnoll.

As a whole, Neath will have benefited from the match-practice and their next engagement will be the championship Cup game at Maesteg Quins on Saturday, March 5 (kick off 2.30pm).