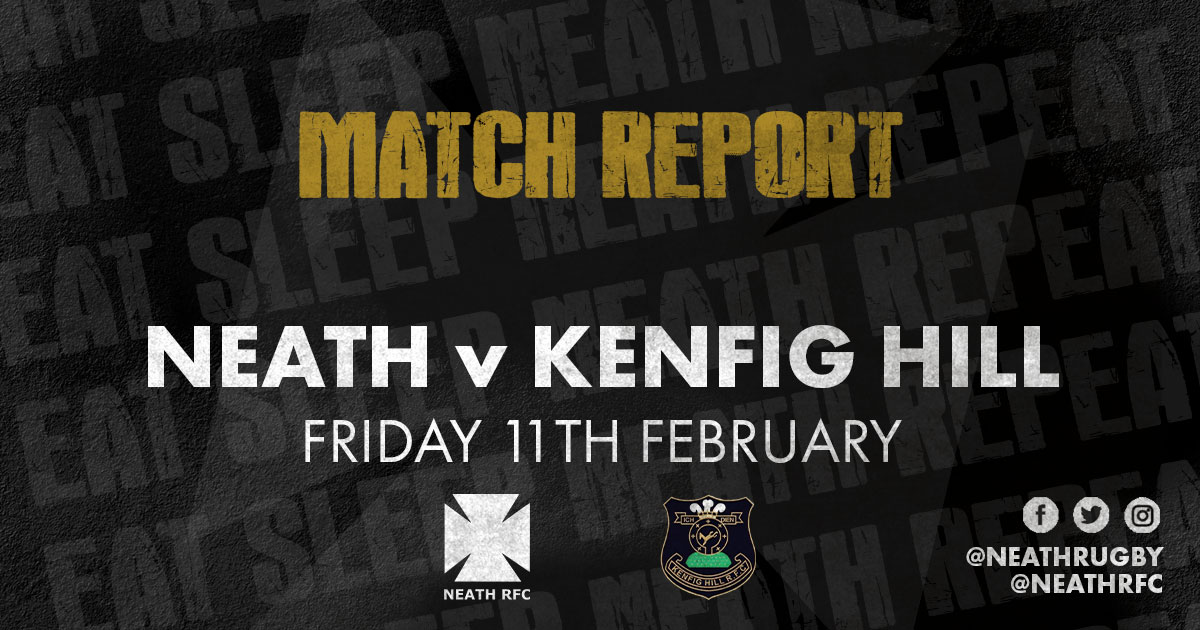 Kenfig Hill produced one of the most memorable moments in their proud history when they shocked sub-standard Neath in perfect conditions at The Gnoll on Friday.

Neath rested most of their big guns but that should not detract from a fine Kenfig Hill performance which deserved their win for they took their chances whereas a disjointed Neath team wasted numerous opportunities in the face of often valiant Mules’ defence.

After taking the lead through a try by acting-captain Ryan Evans which outside-half Iestyn Morgan converted, Neath launched several salvoes at the Kenfig line but chances were repeatedly squandered.

Kenfig Hill stole ahead through tries by impressive centre Owen Davies and a fine effort by lively back rower Josh Dixon to make it 7-10. Neath remained on the offensive to half-time but lacked the finesse to hit the try-line and naively ignored kickable penalties.

Well led by scrum-half Tom Briggs who played a couple of games for Neath in 2017, Kenfig Hill were giving it a real rip and the splendid back row of Ben Jones, Jake Dixon and Josh Dixon were always prominent.

Neath had one of those nights where they flattered to deceive, good positions were gained only to be wasted and when Kenfig Hill broke out they did so with enviable efficiency as Swansea’s Conor Tantum took advantage of poor Neath defence to race across for their third try.

For a long time Neath had played as if they had a divine right to win … which of course there never is. An infusion of firepower from the replacements bench belatedly saw the home side strike back with a second try by prop Tim Ryan which Iestyn Morgan again converted.

The Blacks were pressing to the end although their failure to take a potential match-winning kick at goal from any of several penalty awards was as inexplicable as it had been in the first half.

Few Neath players enhanced their reputations but Iwan Johnes did well when he moved to scrum-half, Dyfan Ceredig was lively and the even younger Owain Hopkins did not set a foot wrong.

It was not at all good by Neath but full marks to Kenfig Hill who deservedly took the spoils.