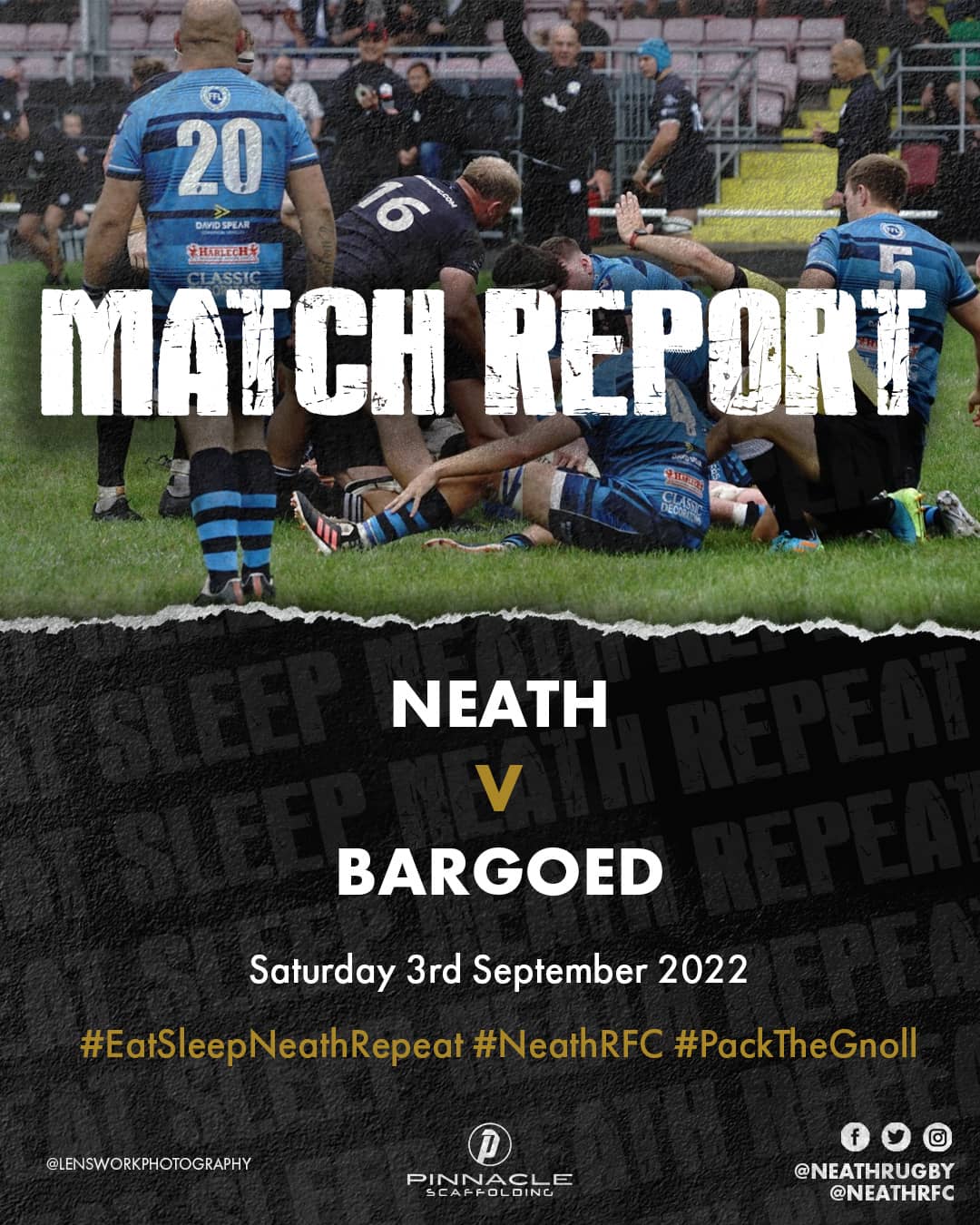 It was last year’s cup winners against last year’s champions with excitement guaranteed as clashes between these two sides are invariably good contests and this was no different with no let-up.

Bargoed made by far the better start, centre Steff Jones banging over a penalty in the first minute after Neath were quickly penalised at the first contact. Neath did not learn their lesson and there were half a dozen such awards within the first ten minutes – an irritation becoming an infection !

A good side like Bargoed are bound to profit from such generosity – indeed, worse sides will too – and as sure as eggs is eggs the visitors increased their lead with the referee playing advantage when busy flanker Keaton Davies capitalised upon a nudge through for the first try.

The accomplished Jones converted and he soon added two further penalties so, 16 points in arrears inside as many minutes, Neath were staring down the barrel.

However, the Blacks shook themselves and, to their credit, clawed their way back into the game. Gradually, they turned up the heat – a strong scrummage saw Elis Horgan break away only to be recalled and Neath played the corners to good effect.

The Blacks were beginning to play more like they can – and must – and constant forward pressure produced a penalty which was quickly taken and captain Ryan Evans crashed over between the posts but he was adjudged to have been held up over the line.

Approaching the interval, the Neath forwards took up the drive once more and outside-half Steff Williams kicked to the left where winger Ryan Griffiths was in yards of space and he collected for Neath’s first try, Williams landing a superb conversion from the touchline. 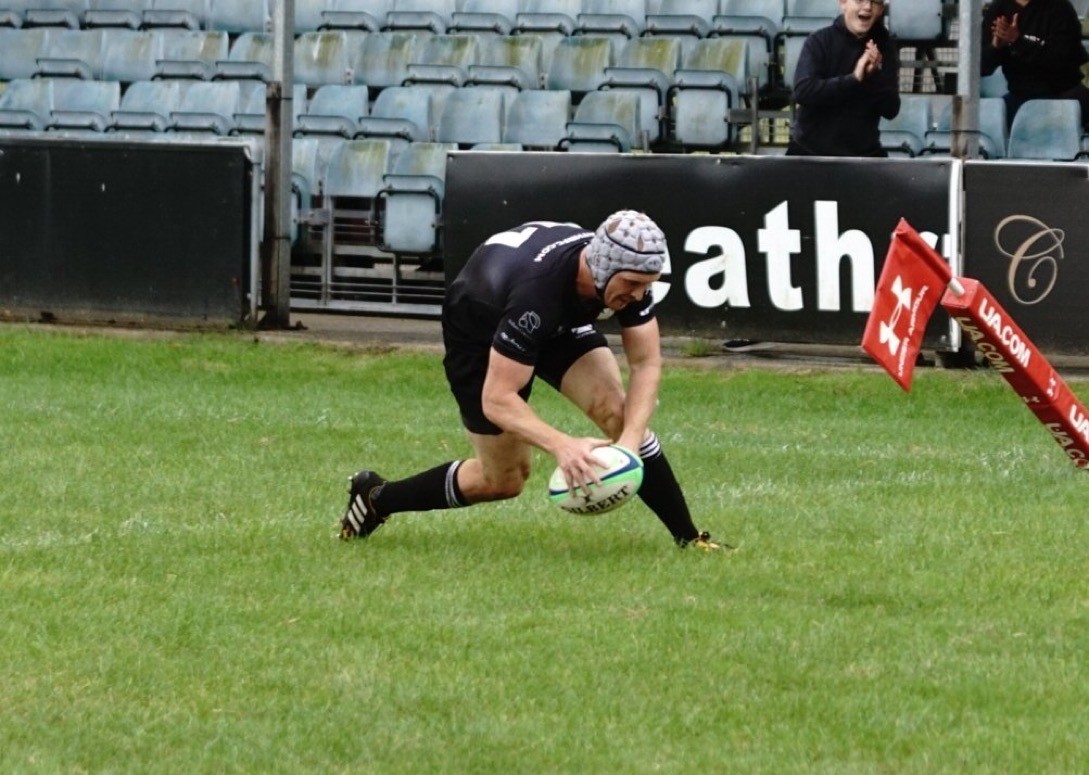 It was still 7-16 at halftime but Neath had found their way back into the game and a few choice truths from coach Pat Horgan during the break sent them on their way.

This was now vintage Neath – a relentless work-rate and a collective relish for the battle – as the Blacks set about retrieving the game in a manner which would have done credit to the Neath sides of old.

Props Gareth Lloyd and Tim Ryan are a handful for most either side of any one of Neath’s happy hookers, Ioan Jones alongside Jon Barley put in a good shift in the boilerhouse and flankers Morgan Kneath, making a fine first league start, and Owain Morgan were increasingly influential.

David Griggs supplied his usual quota of strong carries and play in the second-half was mostly confined to “Edmunds’ Corner” in front of the clubhouse. Neath turned the screw and from one of Jon Barley’s many lineout takes, hooker Josh Clark, despite a cut ear, brought Neath right back into contention at 12-16. 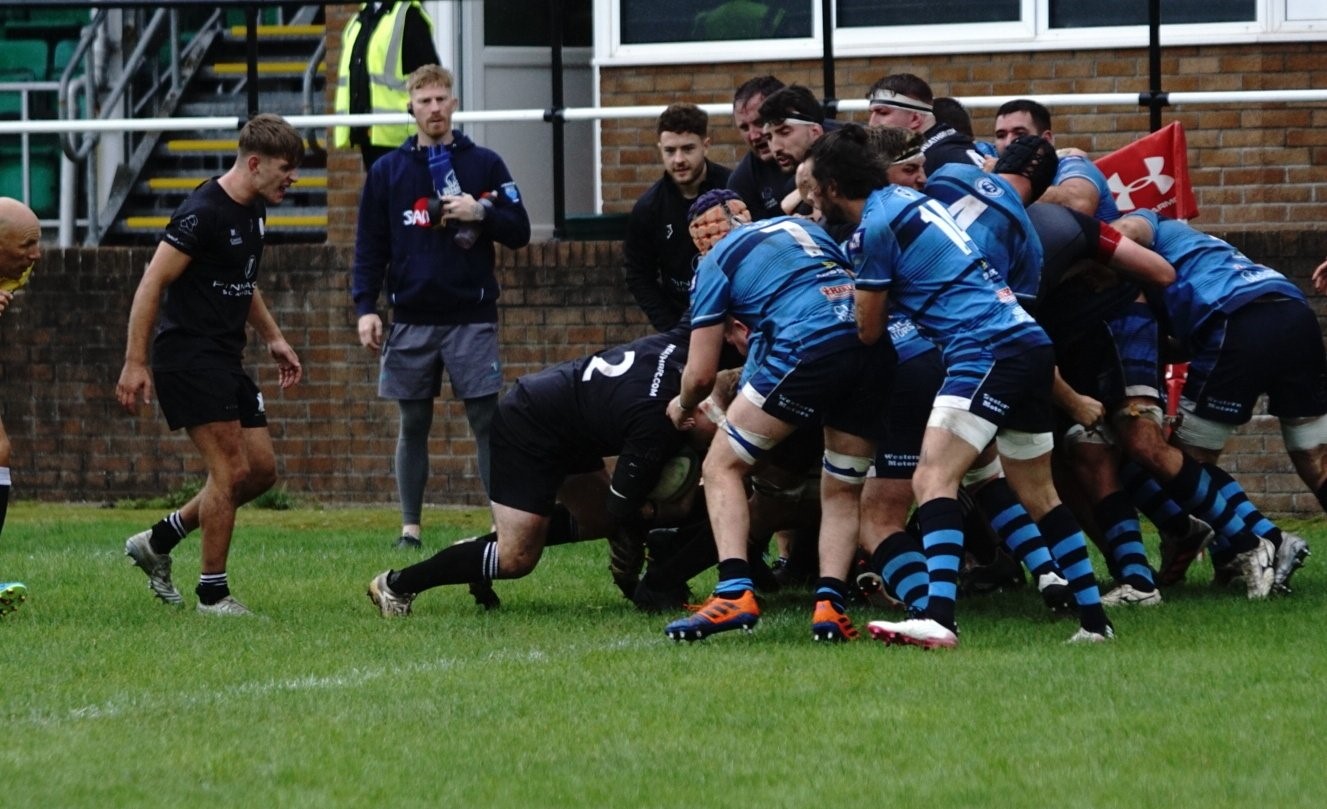 It was game on and the referee yellow-carded Keaton Davies – really, it would have been no surprise had other transgressors followed – as Neath came again and lock Jon Barley capped a commanding lineout display by touching down for Neath’s third try which Steff Williams converted to put the home side in front for the first time at 19-16. 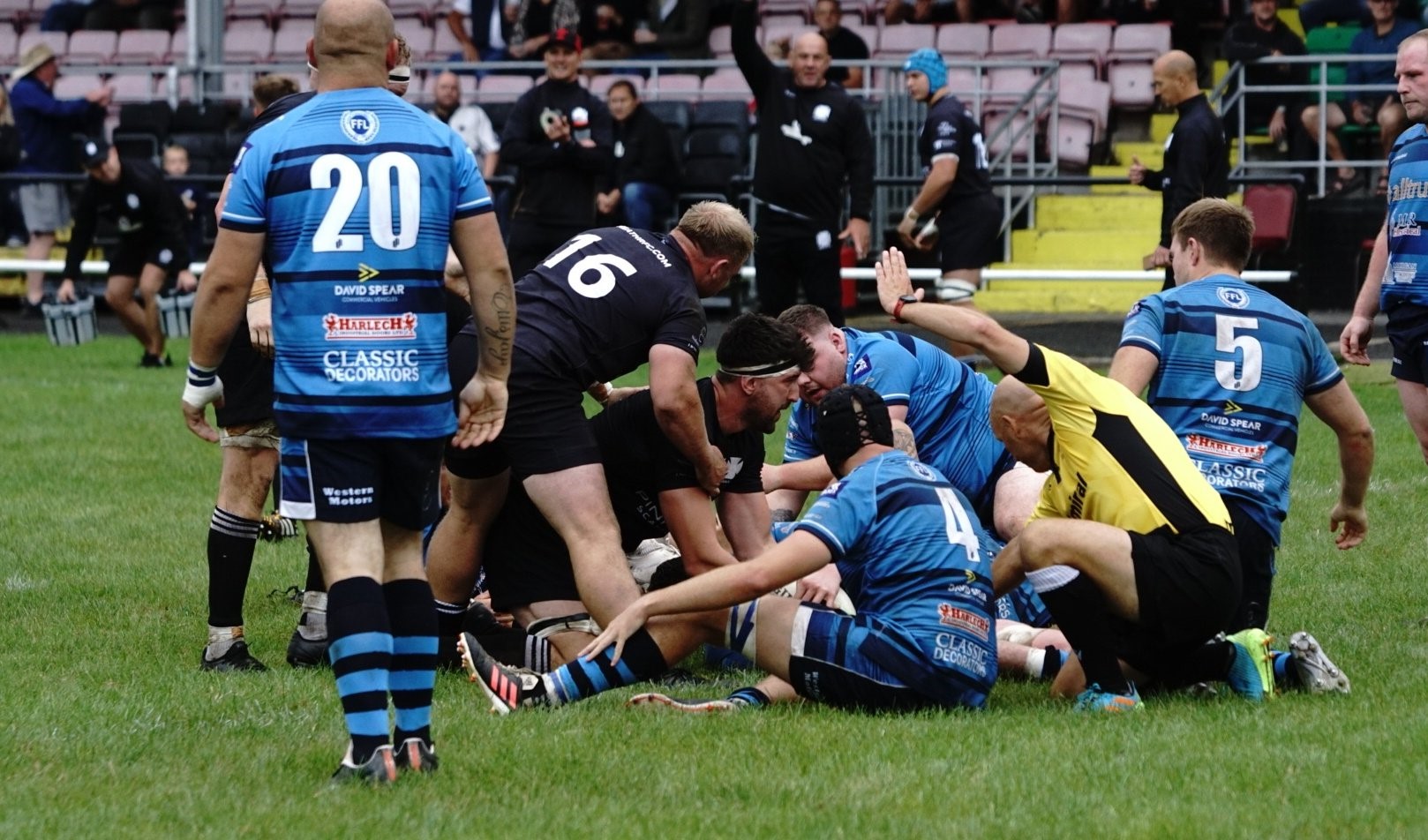 It was still too close for comfort but Neath’s forwards were in irrepresible mood and, urged on by the throaty chants of the home supporters in another good gate, played with control and laid siege to the Bargoed line.

Time after time they charged at the Bargoed defence which showed great resilience and tackled bravely to somehow keep Neath out – a couple of fortuitous penalties helped as did an isolated charge or two and Neath squandered a golden chance when Steff Williams’ scoring pass to an unmarked James Roberts on the wing went forward.

Bargoed gave away at least half a dozen penalties within 10 metres of their own line as Neath’s fitness told but the referee was reluctant to award a penalty try despite several warnings.

Neath’s quest for the bonus-point would not be denied though and justice was ultimately done when repeated Neath forward power-surges had the visitors in a spin and, as the final whistle beckoned, a delighted replacement Sion Crocker dabbed down at the back of a maul for the fourth try. 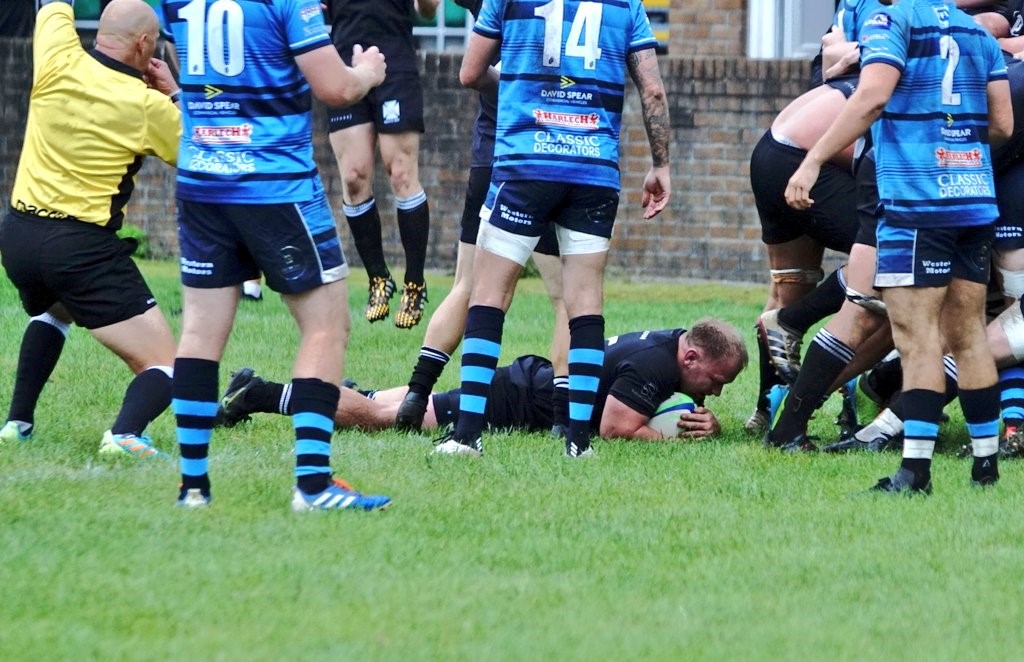 Steff Williams’ conversion glanced off the left upright but it mattered not as the All Blacks had bagged the bonus point and deprived Bargoed of one in the process.

This was a stirring performance by Neath who, after they overcame their early inertia, were very much on top. Neath can be proud of a compelling comeback and the team’s character shone through and will hold them in good stead.

Next week, Neath travel to Cross Keys at Pandy Park. Keys started with a fine win of their own at Ystalyfera so Neath cannot rest on their laurels – especially at a venue where they have come unstuck.

It will take another big effort and Neath will need to play like they did for the last hour against Bargoed; a win over the champions is a good start – of course, one win does not a season make and there is a long way to go but the standard has been set !