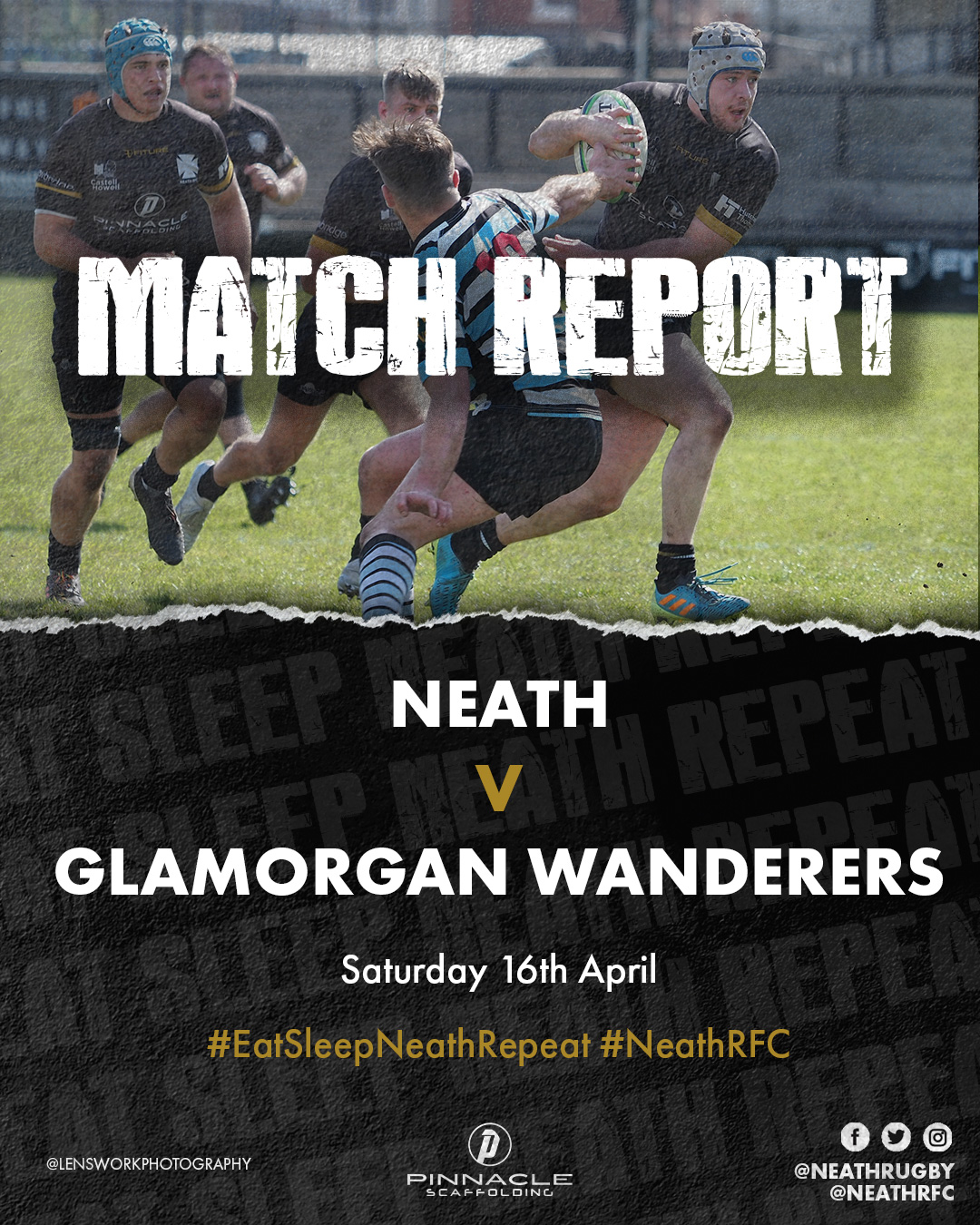 Neath and Glamorgan Wanderers served up 11-try entertainment in an Easter egg-stravaganza, high on running, passing and handling but lower on edge and defensive discipline.

Wanderers, obliged to field an excess of permit players, started with a team which showed only three changes from that published while Neath tweaked their selected XV with the result that a nip and tuck contest developed.

Neath introduced two debutants in full back Ceri Rees (Ammanford) and centre Ollie Andrews (Swansea University) and both were quickly involved in the opening try which was sublimely finished by winger Louis Rees and converted by outside-half Iestyn Morgan.

And Neath wasted little time before doubling their advantage as the home Eight showed their mettle. The return of lineout ace Jon Barley after a 10-week absence provided possession and serious driving mauling led to hooker Sion Crocker touching down, Morgan converting to make it 14-nil.

Wanderers were next to score when No.8 Mackenzie Martin broke from a scrum deep in his own half and freed full back Amir Saleh, a dashing runner, who sped away on a thrilling run, wrong-footed the last defender and got the try which outside-half Alex Lloyd converted. Things improved further for Wanderers when wing Tom Richards worked his way over with Neath’s tackling at fault and Neath’s insouciance was further punished when centre Josh Male pounced for anoither to give Wanderers the lead at 14-17.

But the Blacks held the aces up front and seemed to play with this knowledge as, whenever Wanderers threatened the scoreboard, Neath just tightened it up and turned on the maul power to right the ship. Thus it was that another surging lineout drive marched back the Wanderers and Crocker claimed his second try of the afternoon so the Blacks went into the Neath 19-17 to the good.

Neath’s concentration was not what it should have been and they bombed a couple of “tries” with the line at their mercy early in the second-half and they paid the penalty when Wanderers wing Jamie Murray broke out of defence and raced in for a try which Lloyd converted superbly but Neath hit back with Crocker’s hat-trick try which Morgan converted to make it 26-24.

Surely Neath would now press home their territorial and possession dominance ? Not at all, laboured passing behind was picked off on the interception by Saleh who raced 70 metres for his second try which Lloyd converted.

Dyfan Ceredig was doing a fine job as emergency centre alongside Oli Andrews and Neath made the game safe with two late tries as the clever hands of Carwyn Sion fed fellow replacement Huw Wilkes who touched down for his first try for the club as did the impressive Andrews. Six tries and Morgan’s fourth conversion set the seal on a pleasant enough exercise although it was far from perfect preparation for the Cup final … Sunday at the Principality Stadium will be an entirely different affair.