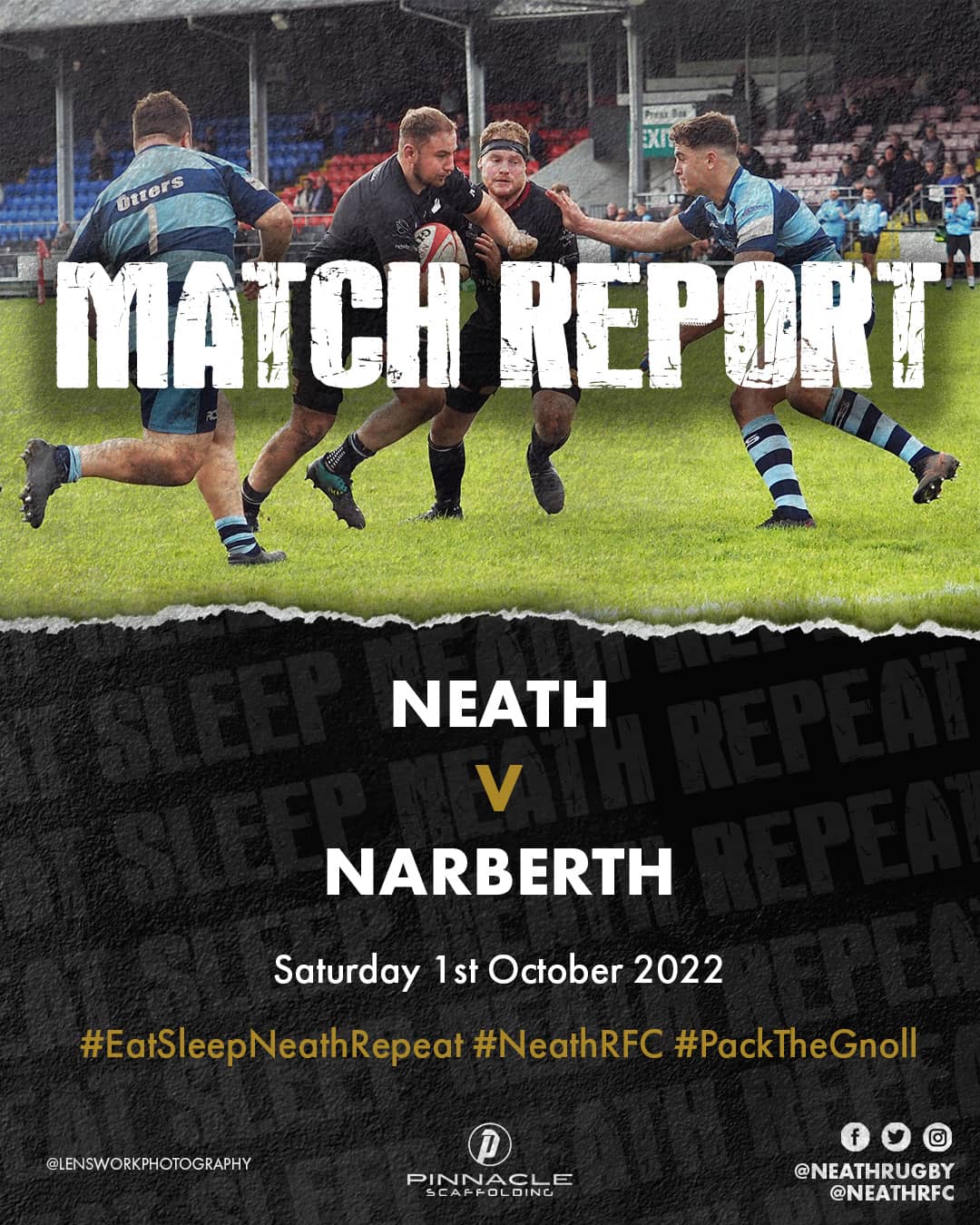 NEATH supporters are certainly being richly entertained this season – and they had another seven splendid tries to savour in this keenly-contested thriller as the Welsh All Blacks overcame a lackadaisical first-half to register a 5 tries to 2 victory over a very useful Narberth side at The Gnoll.

Despite Friday’s downpours, The Gnoll was in excellent condition and the weather fine but breezy as another healthy crowd observed a minute’s silence in memory of former Neath RFC committeeman Arthur Bowden.

Narberth had first use of the wind and made the early running as outside-half Jordan Rogers dropped a neat goal and then, skirting the off-side line to its limit, carved out a fine try by chipping through for wing Josh Davies to gather and send inside where perspicacious scrum-half George McDonald scored, Rogers’ conversion making it 10-nil to Narberth inside 12 minutes.

Neath looked as if they were basking in the glory of their fine effort at Pontypool Park the previous week as they tried to spin the ball without having first earned the right to do so but five minutes later the Blacks got on the scoreboard with a fabulous try.

Attacking left, the ball went through several pairs of soft hands in support to produce a dazzling score by skipper Ryan Evans. Steff Williams missed the conversion after having to drop-kick the ball which had fallen off the tee.

On the half hour, the promising McDonald scored again as he reacted quickly to a kick ahead and raced to the touchdown and Rogers converted to make it 5-17 before Neath struck back when a Steff Williams break was carried on by flanker Owain Morgan and centre Ben Atkins before the ball went loose and scrum-half Macauley Griffiths celebrated his 50th appearance by hacking the ball over the try-line and winning the chase for Neath’s second try.

This time, Steff Williams had no problem with the simple conversion but just before halftime Narberth attacked again and Rogers dropped his second goal to give Narberth a 20-12 interval lead which the fair-minded Gnoll fans felt they deserved.

They had been well served by prop Tom Slater, lineout ace Alex Jenkins and an eager back-row trio who created the platform for an excellent kicking game which allowed halves Rogers and Narberth’s man of the match McDonald to thrive. Their only bugbear really was a pair of penalty misses which regular Nick Gale would surely have improved.

Neath had shown flashes of inspiration which produced two tries but the first 40 minutes had not seen Neath at their best – Gnoll supporters will hope not to see a repeat !

And, with the wind now at their backs, Neath would quickly assert themselves. An early attack broke down in midfield but the forwards warmed to doing what they do best and produced some overdue directness which rolled back the Narberth eight as Neath’s strength at the mauls featured large.

A 20-metre blast by the forwards saw the ball reach wing James Roberts who scooped up Ryan Evans’ pass, stepped off his right with the rapidity of a non-political Kwasi Kwarteng, inside several defenders and slipped the ball to flanker Jacob Blackmore who, aided by co-flanker Morgan, touched down and Steff Williams’ conversion brought Neath back to within a point at 19-20. 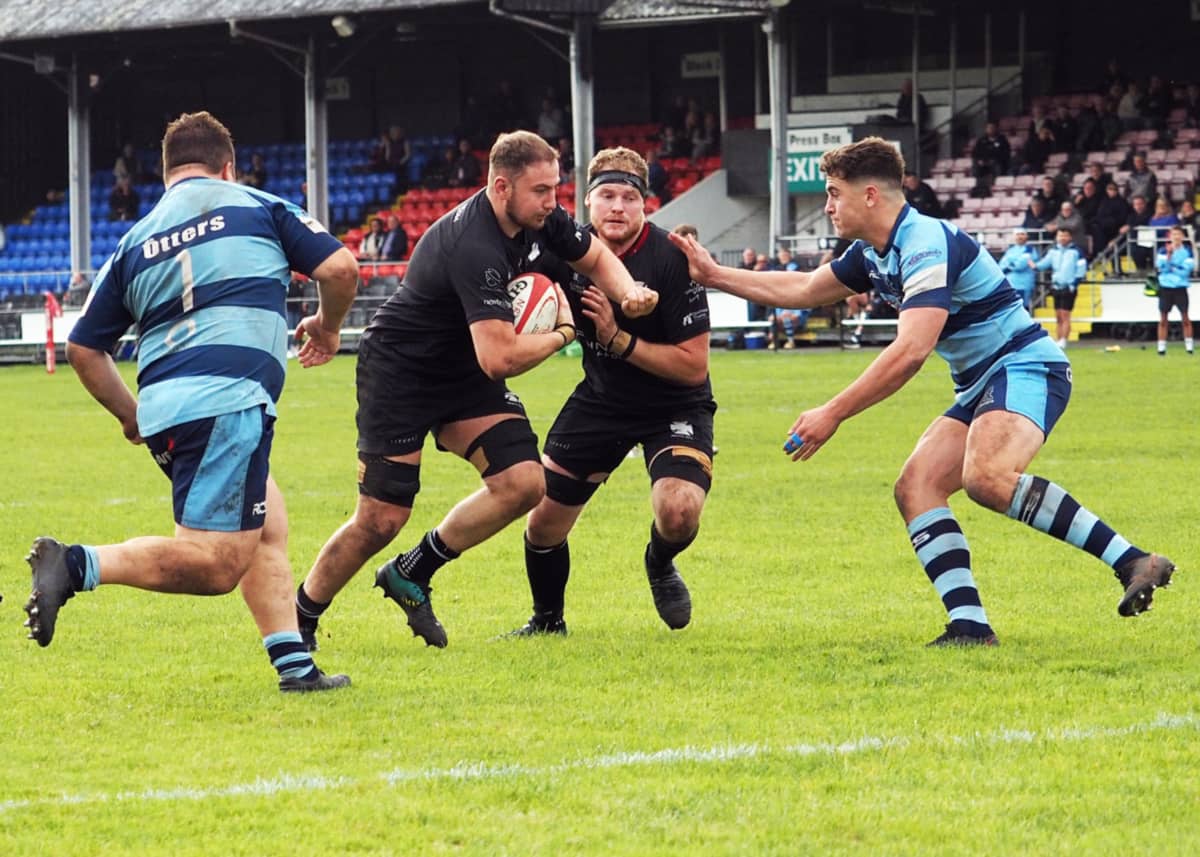 Ten minutes later and Neath were in front … and what a score it was !

If Ryan Evans’ first-half score was the team try of the season thus far, the next score was the individual try of the season. James Roberts fielded a loose kick just outside the Neath 22 and, heading left, turned on the after-burners to split the defence and, with a searing burst of speed, flashed away on a defence-shredding run to the posts leaving one poor defender absolutely flummoxed and rooted to the spot. He did not need the men in support as he ran with all the purpose and determination of a man out to prove a point after missing the last two games. 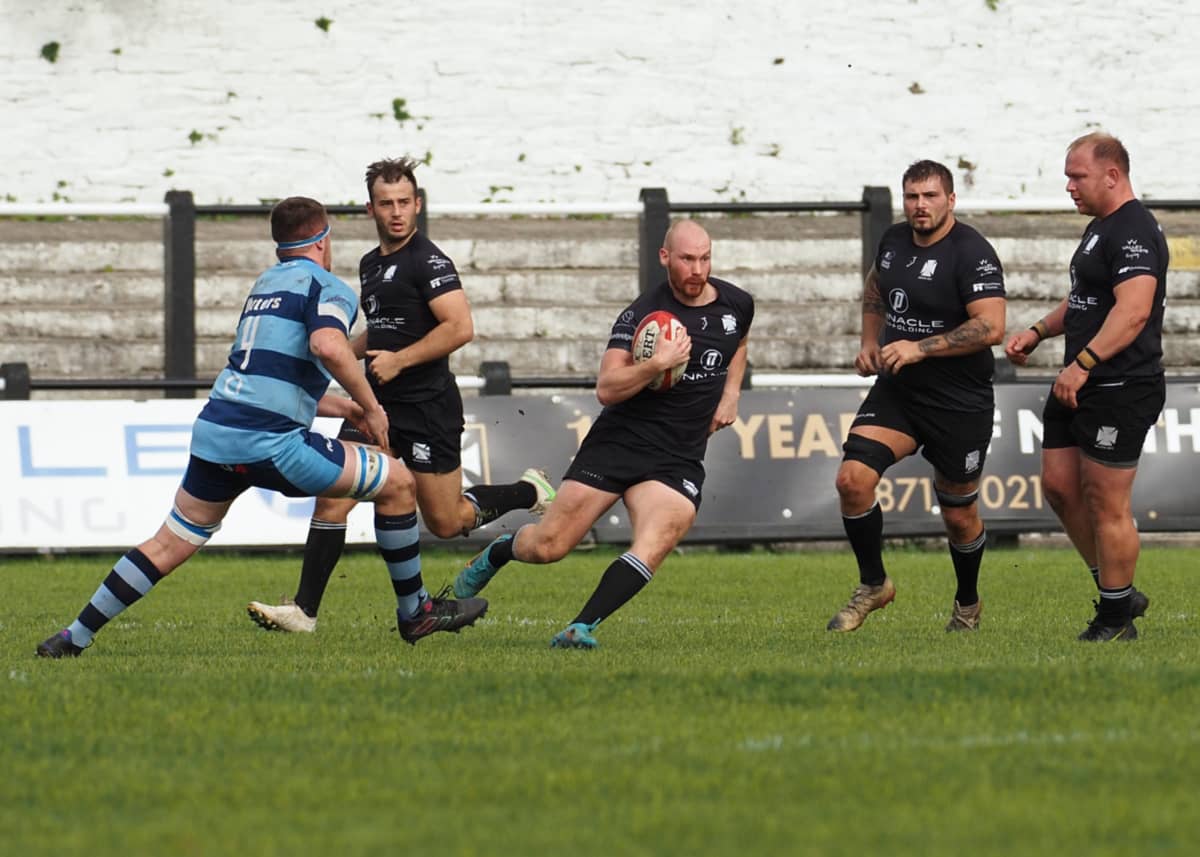 Steff Williams’ conversion made it 26-20 to Neath who had claimed a try bonus point although the game was still in the balance.

If Neath’s fourth try was down to individual brilliance, the fifth soon afterwards was all about the collective again. Simple in execution, it came from Jon Barley’s lineout take, a strong maul and then the ingenuity of replacements Josh Clark and Nicky Griffiths who carved out space along the touchline and found winger Aled Brew on hand, the former Wales man dabbing down for his second try in successive games.

Collective cleverness conquers and the conversion by Steff Williams made it 33-23 to complete the scoring but Narberth did not give up the ghost and surprisingly they spurned a penalty kick in front of the posts which would have restored the bonus point they richly deserved.

However, Neath surged upfield again as the home forwards emphasised their case with a couple of fast-driving mauls and and on the final whistle the Blacks very nearly grabbed a sixth try after No.8 David Griggs, another making his 50th appearance and breathing fire to the end, linked with full back Lewis Evans but the ball evaded skipper Ryan Evans’ grasp as he was crossing the line and the final whistle blew. 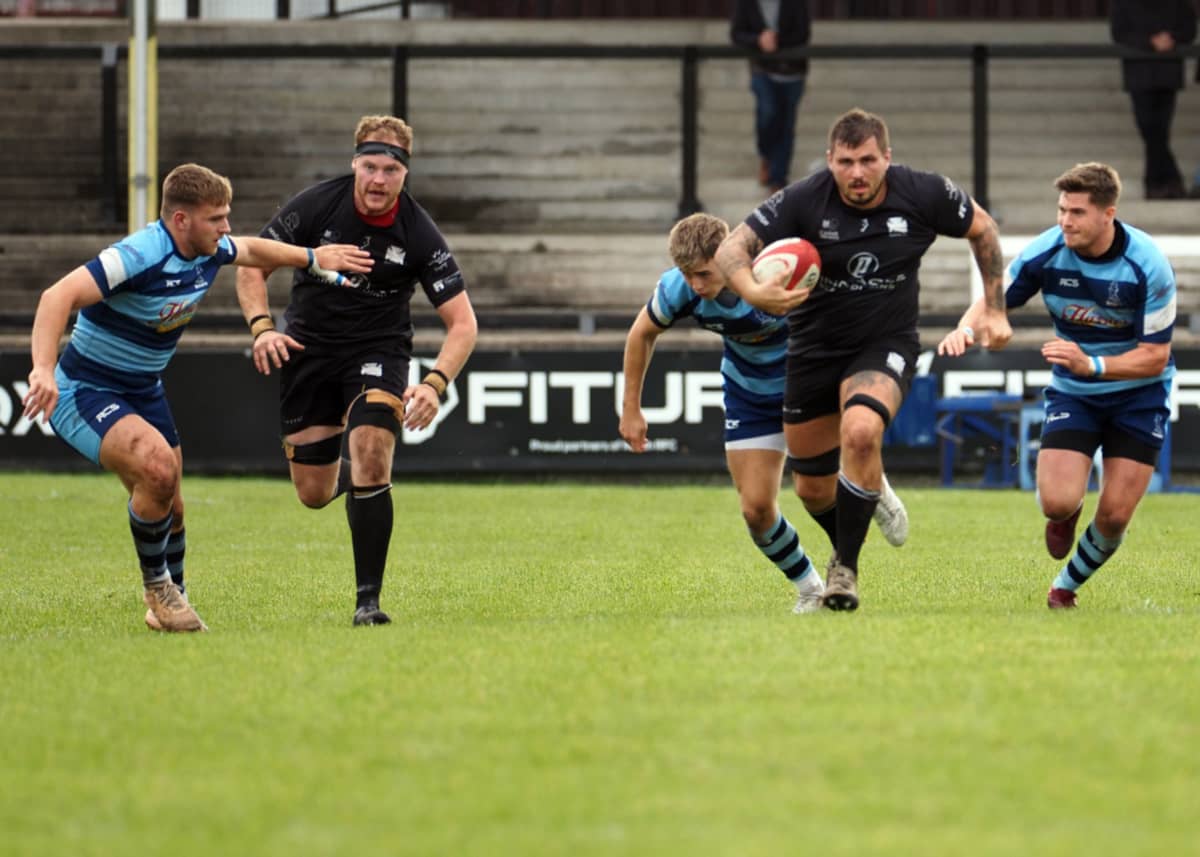 Although three of Neath’s five tries had been of genuine quality it was not by any means Neath at their best. Still, the five points gathered against another top end side will come in very handy indeed as Neath strive to stay in touch with leaders Pontypool.

And next Saturday, the Blacks will be seeking an altogether more accurate and complete performance when they visit Trebanos.

The Swansea Valley club might have lost four games to date but, from all accounts, they kept battling to the very end of their heavy defeat at Pontypool. They inevitably play with considerable resolution against Neath and will no doubt set aside the hurt again on Saturday.