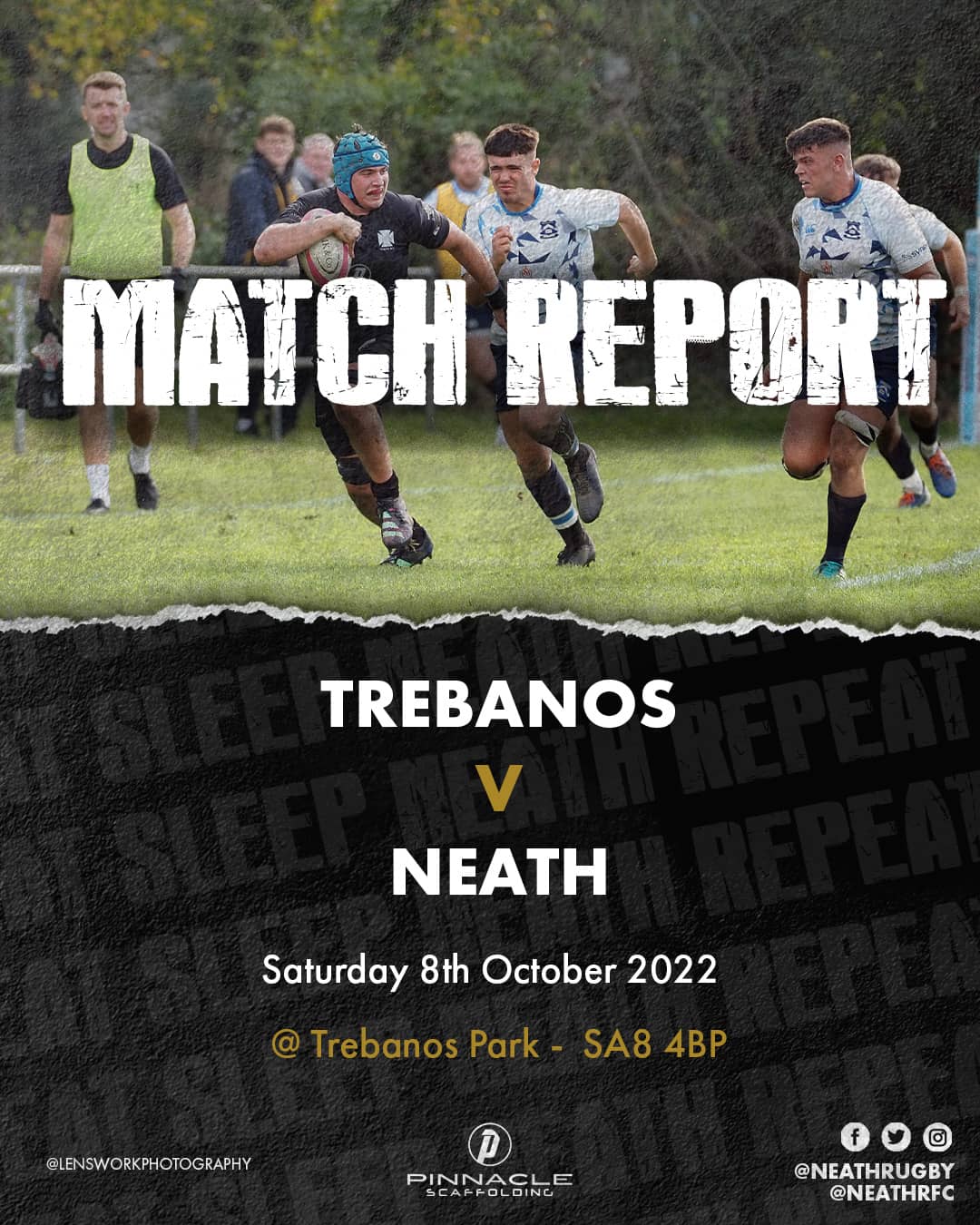 NEATH took advantage of Pontypool’s inactivity to go top of the WRU Championship courtesy of this comfortable – but not always commanding – 7-try win at Trebanos who scored two fine tries of their own and played with great spirit to the end.

On a warm, sunny afternoon, Neath supporters were blessing their good fortune on their travels which have produced picture-book scenery from Crymych pre-season, to Pontypool and now Trebanos while Cross Keys in September would have been nice too. But, setting aside the obvious sylvan splendour, there was a rugby match to be won with hefty Neath support in Trebanos’ best gate of the season. 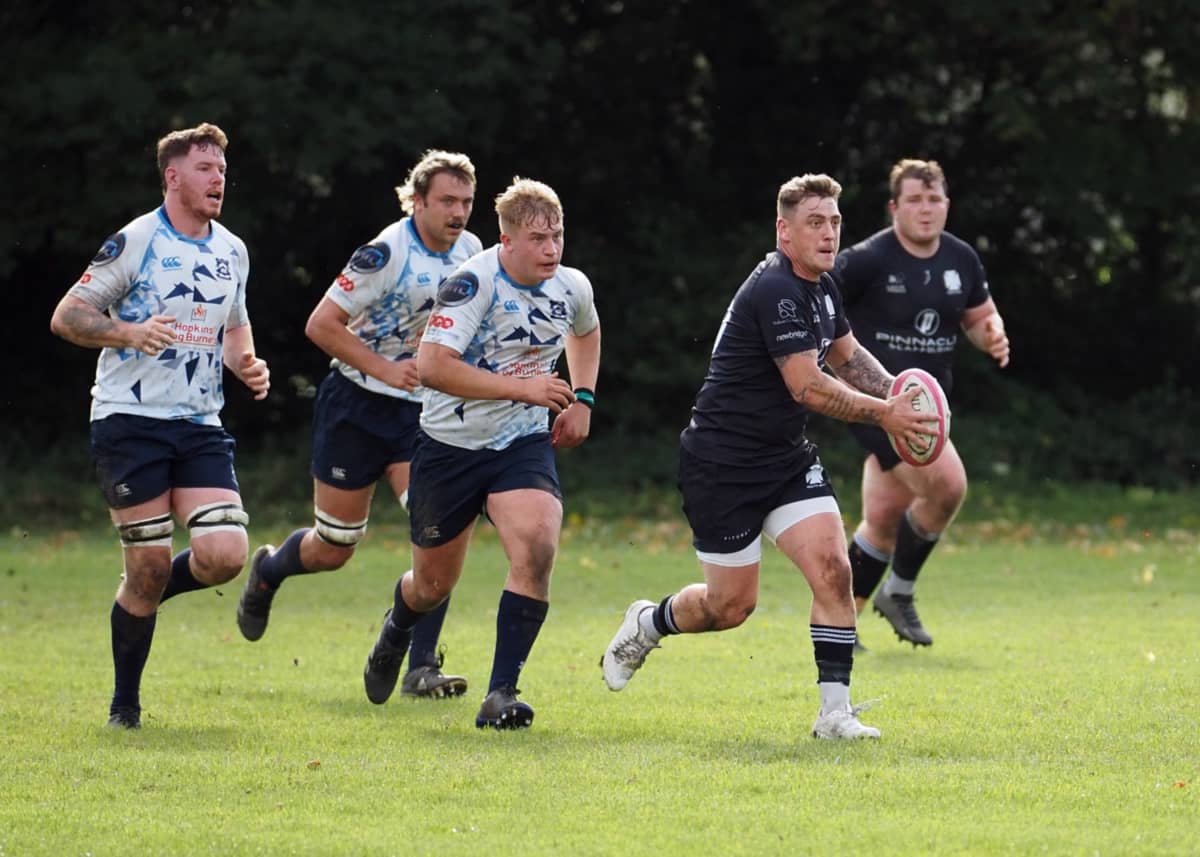 The home team made 4 changes from the side which was blitzed at Pontypool the previous week and Neath made 8 changes to their starting line-up too bringing in four players for their first outings of the season.

The stakes were raised for Neath when Tata Steel’s game with Pontypool was postponed thereby giving the All Blacks the chance of going top of the table but the Blacks made their usual slow start – perhaps they too were marvelling at the scenic surrounds … !

Whatever, Neath found themselves nil-8 down to a splendid try by talented winger Iestyn Lewis and a penalty by the equally as promising outside-half Rhys Harris who is on Bridgend’s books.

But Neath’s slow-starters have become well-used to clawing back early deficits this season and the Blacks gradually built momentum and put some urgency into their game.

After Nicky Griffiths, Steff Williams and Ioan Jones went close, Neath opened their account on 20 minutes as they out-shoved the Trebanos scrum and skipper Ryan Evans’ long pass freed the in-form James Roberts for the first try which outside-half Steff Williams converted to reach his half-century of points for the season.

Scrum-half Nicky Griffiths nearly put in full back Jon Bayliss for a try only for the ball to run dead over the minimalist dead-ball line.

But five minutes later the Blacks took the lead they would never relinquish when Ryan Evans spearheaded a charge, the forwards seized control and Williams planted a perfectly-placed cross kick for Roberts to collect and dab down for his second try to make it 12-8.

Fit-again young flanker Carwyn Sion collected the re-start and embarked upon a 30 metre charge; then Nicky Griffiths freed Roberts who reached the 22, the Blacks re-cycled and the backs handled superbly for wing Ryan Griffiths to cross for Neath’s third try with two men spare outside him and Williams converted for 19-8. 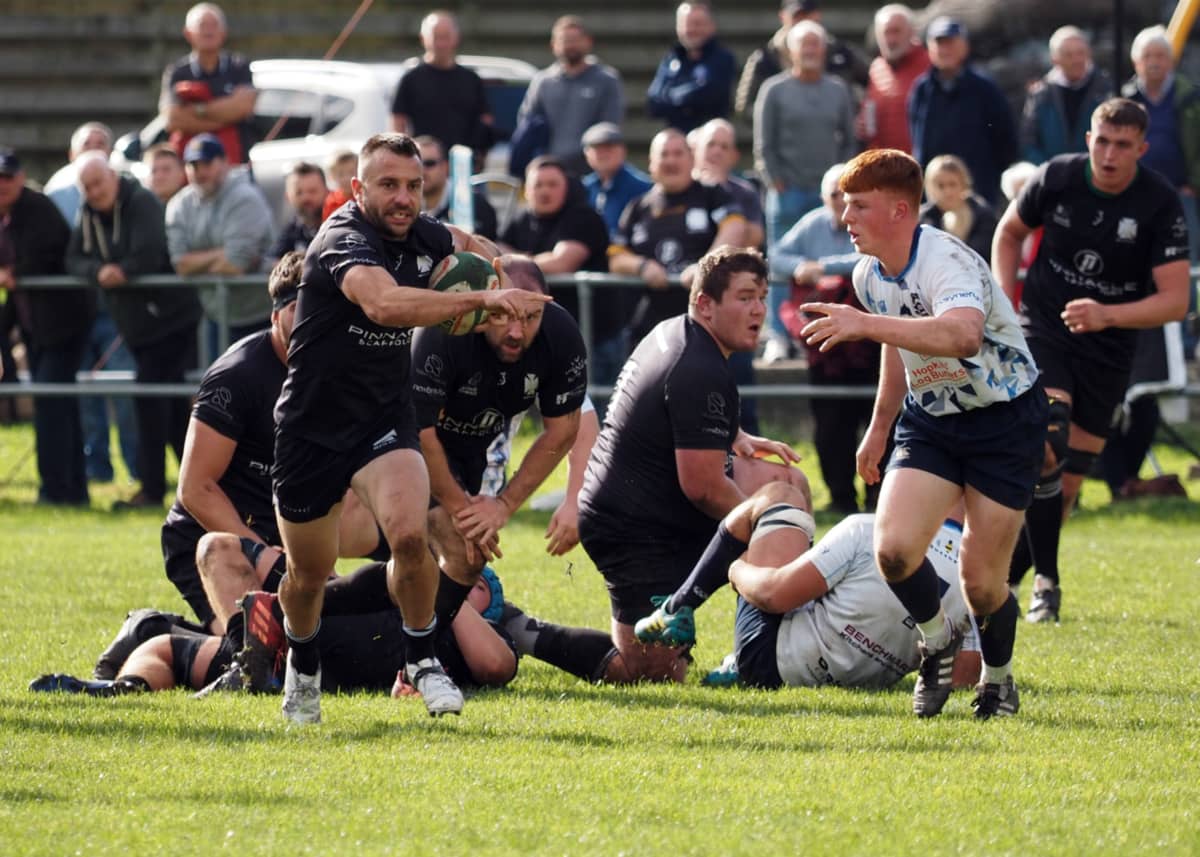 Neath were varying their tactics nicely on the back of abundant possession from their hard-working pack as Nicky Griffiths departed with a thigh strain and was replaced by the efficient Jay Weaver against his former club.

A last-ditch tackle by home skipper Steff Lewis halted – and nobbled – James Roberts but Neath’s try-bonus was secured before halftime when flanker Owain Morgan made ground and centre Sean Wilcox, making an impressive and memorable league debut, burst through a couple of tackles and inside another to score between the posts and Williams again converted to make it 26-8.

There was still time for No.8 David Griggs to launch himself on a powerful angled run which may have produced another and, with the bonus point already secured, Neath were expected to push on in the second-half.

The Blacks lost try-ace James Roberts whose ankle injury thankfully turned out not to be broken and he was replaced by Ben Atkins at the interval. They re-started with a bang but the referee ruled out a quick-fire second “score” by wing Ryan Griffiths.

Instead, it was Trebanos who scored when they ran from deep and full back Willis Wood sped away for Harris to convert and bring it back to 26-15.

Any hopes the home side might have entertained of a comeback though were soon scuppered as the Blacks heaped on the pressure and try number five arrived off a Jon Barley lineout take, the forwards rolling inexorably over the Trebanos try-line where busy hooker Josh Clark crossed and it was 31-15.

Always-impressive home captain Steff Lewis resumed his well-tuned partnership with Llandovery centre Kristian Jones, an intelligent player in the Neath mould and very much a ‘Banos Boy, and Trebanos to their credit kept playing.

But Neath’s backs showed enterprise too and, as the forward squeeze continued,  Ben Atkins took a good angle on an inside pass and scored Neath’s sixth try near the posts and Steff Williams’ fourth conversion of the afternoon made it 38-15.

Fifteen minutes from the end, Neath struck again with their seventh try. By now, all of the replacements were engaged and two front-rowers combined to produce it – young hooker Evan Kneath linking unselfishly with the slightly more venerable prop Tim Ryan for a corner touchdown.

Thereafter, there were no further scores. Prop Aled Humphreys and flanker Dan Rigby caught the eye in a hard-pressed home pack but, even after the yellow-carding of No.8 David Griggs, the visitors’ defence was rock solid and Neath took play to safety and emphasised their power with a devastating 40-metre forward surge. 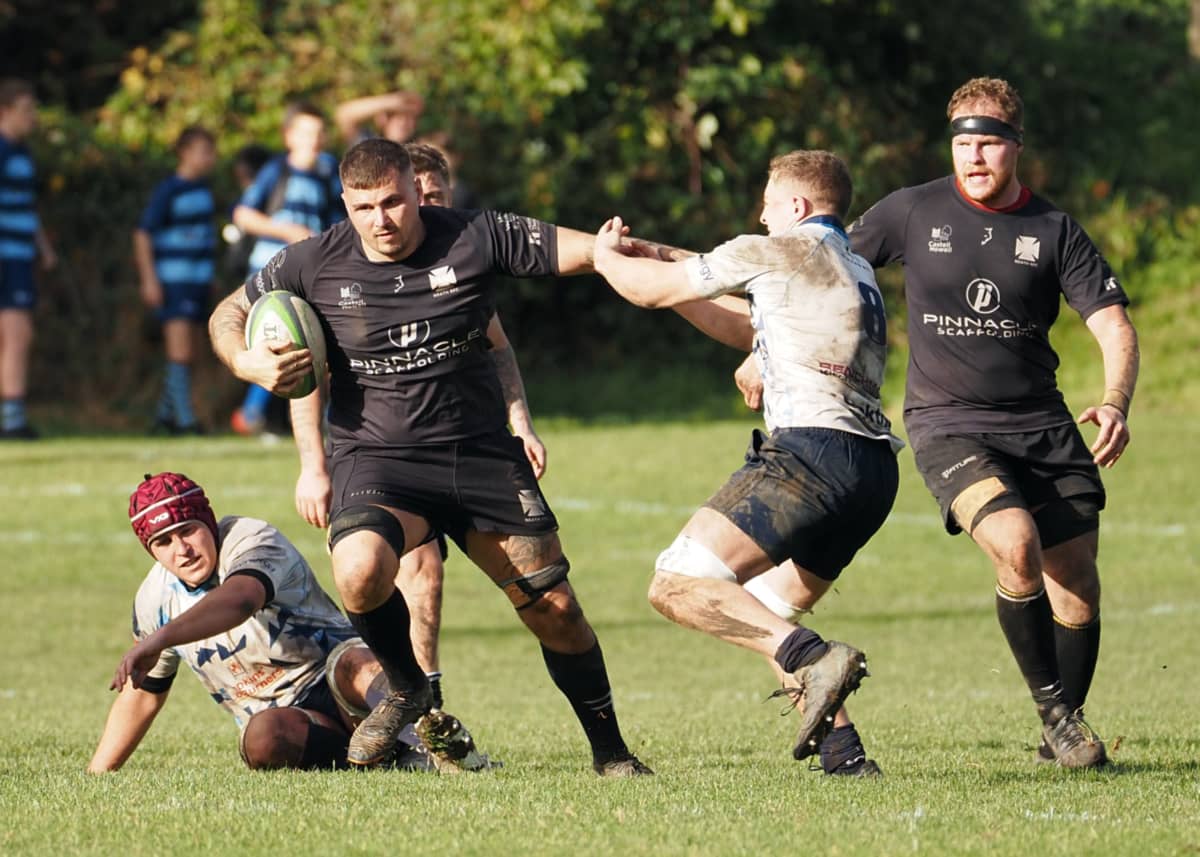 When the final whistle blew, Neath were left to reflect upon a solid-enough win considering the number of squad changes and they are now top of the Division while Trebanos, after an equally as tough opening fixture-schedule, will surely climb the table in coming weeks – their style of play merits it !

Neath’s next league engagement will be on October 22 when Beddau come to The Gnoll.  Then it will be on to Tata – no wooded glory there but hopefully rugby from the troubled home team who are doing their best in unforgiving circumstances.