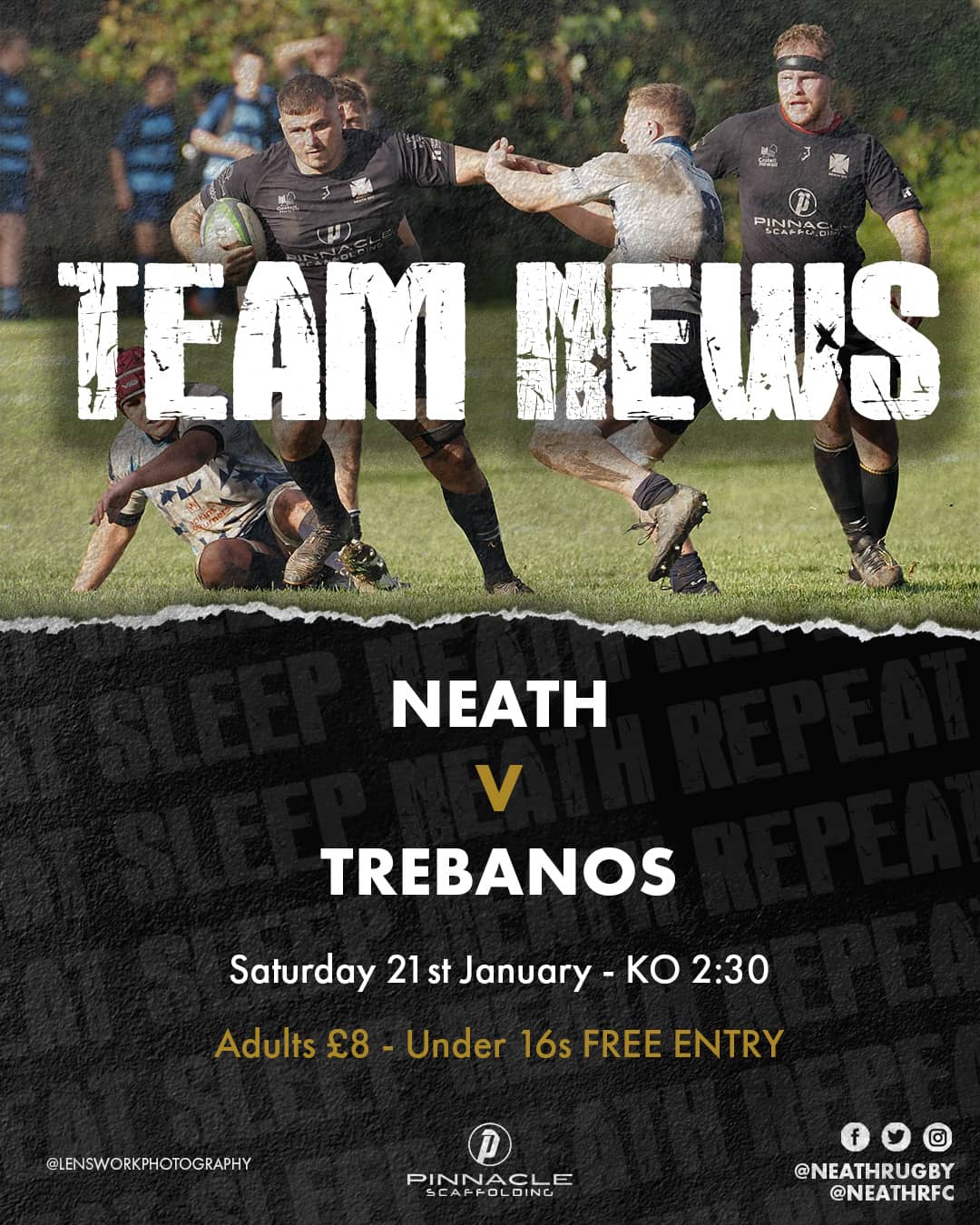 It’s a change of tack for Neath on Saturday when the All Blacks open the defence of their WRU Championship Cup which they won last year with a home tie against Trebanos at The Gnoll (kick off 2.30pm).

Neath lost pole position in the league to Pontypool last week – their first defeat since September – so will be doubly determined to succeed on Saturday with a much-changed side.

A pacy back three includes Jonny Bayliss, Ryan Griffiths and fit-again wing Louis Rees with Sean Wilcox back at centre alongside skipper Ryan Evans while Steff Williams resumes his partnership with Macauley Griffiths at half.

Hooker Sion Crocker who made his 200th appearance for the Blacks last week will surely get a huge ovation from home supporters when he enters the fray from a strong bench which also features props Morgan Thomas and Gareth Lloyd, lock Sam Langford and back rowers David Griggs and Fergus Kneath.