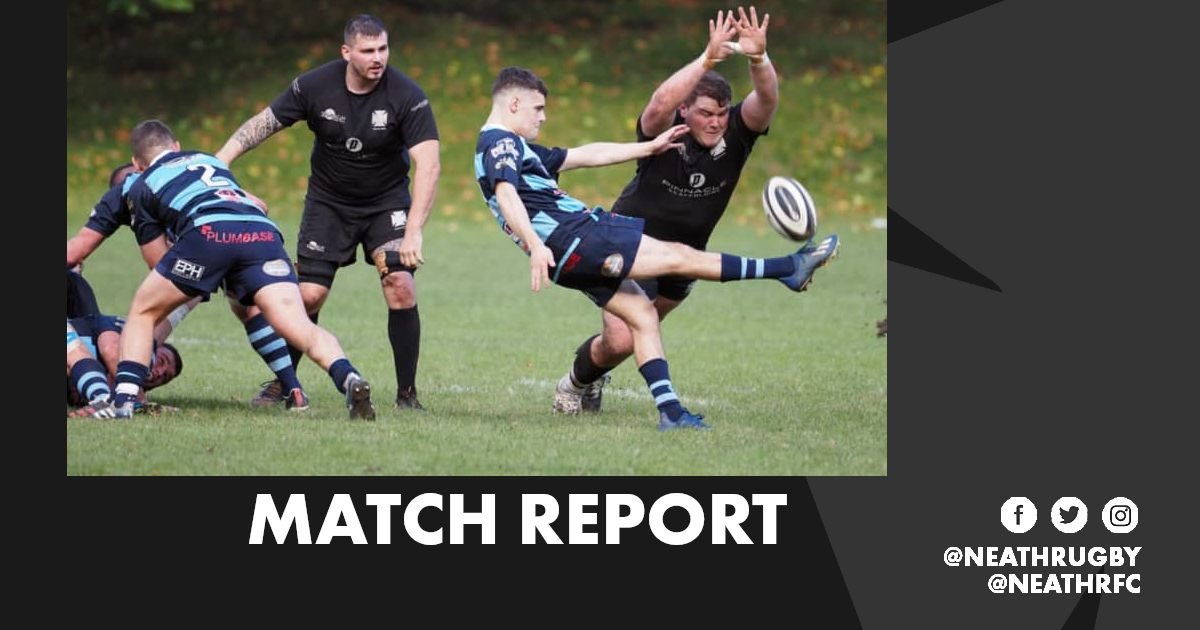 Neath were made to fight all the way in a spectacularly entertaining contest at Ystrad Rhondda where the Welsh All Blacks just about held off the enterprising home side to earn a fourth consecutive victory.

Gelligaled Park was in pristine condition and the game that ensued fully matched it. After Neath missed an early penalty, home outside-half Rhys Truelove made no mistake with a similar effort to put Ystrad 3-nil up.

Neath were soon on the attack though and, after a kick through had caused havoc in the home defence, scrum-half Nicky Griffiths exploited the blind-side off a scrum for the opening try which Steff Williams converted.

A series of poor kicks spelt trouble for Neath and the home side went back in front when try-machine flanker Jarryd Llewellyn raced away for a score which Truelove converted.

However, Neath wing Jonny Bayliss plundered the re-start, Steff Williams levelled affairs with a penalty and then the Blacks went in front when centre David Langdon and the superlative flanker Alun Jones combined well in midfield and slick passing sent winger Aaron Grabham racing to the line, easing Williams’ conversion to make it 17-10 to Neath.

But Neath’s tap down at the re-start was inaccurate and home back rower Mike Smallman seized the opportunity to score, Truelove’s conversion levelling it once more. Ystrad, well-led by lock Nathan Hughes with prop Tom Foulkes working hard, were back in it at 17-17.

Their kicking game was more effective than Neath’s and, when the visitors’ young full back Iestyn Morgan was hunted down and caught in defence, Truelove kicked the goal to put Ystrad 20-17 up.

The battle royale continued as Neath raged back onto the offensive and forced another scrum in the Ystrad 22. This time, No.8 David Griggs showed all his power to squeeze over for Neath’s third try – the fifth of the half – and Steff Williams’ conversion gave the Blacks a slender 24-20 lead.

When a side scores two tries from attacking scrums, the forwards as a whole – in particular the front row led by the tight head prop – deserve the plaudits for providing the platform.

Tim Ryan and his men – including hooker Chris Morris who stepped up for a sound debut on permit from Ammanford – merited those accolades at the end of a breath-taking half.

The scoring slowed a little in the second-half but the pace of the game did not and it was very much nip and tuck and lively hooker Carl Williams nudged Ystrad in front at 25-24 after sharp work around the front of a lineout.

The Neath forwards began to assert themselves via their strong driving mauls only to be denied what looked like a perfectly good try by lock Jon Barley – but the referee’s view was obviously blocked.

By now, Neath were making the running but a missed touch from a penalty cost them dear before they resumed the lead with the kind of scintillating score which deserved to settle the game.

Skipper for the day Ryan Evans was the hero as his clean-cut break split the defence : slicing through in midfield, he raced away on a 45 metre run and handed on to intelligently supporting wing Jon Bayliss who was rewarded for his impressive display with the bonus point try which Steff Williams converted.

Neath had chances to make the game bomb-proof but Williams hit the woodwork with a point-blank drop at goal, a quickly-tapped penalty might have been better kicked for goal and a further promising Neath attack ought to have brought them a try but an attempted cut-out pass instead nearly gifted Ystrad an interception.

Fortunately for Neath, the situation was rescued by a splendid match-saving cover tackle by Iestyn Morgan who came through his testing day with honours. Hard as Ystrad tried, Neath’s defence held firm and kept them out until the final whistle for a fine Neath win at 31-25.

Having lost three games by narrow margins at the start of the season, maybe it was Neath’s turn to win a close one ! And, in the final analysis, maybe the Blacks deserved to edge it this time as they took the try-count 4-3 and had Barley’s effort disallowed.

But both sides emerged with credit from an enthralling challenge, well officiated by Mr. Rhys Jones, and really rugby was the winner.

Next Saturday, Neath supporters have the opportunity to see the side play their first home game in five weeks when Glamorgan Wanderers come to The Gnoll (kick off 2.30pm).