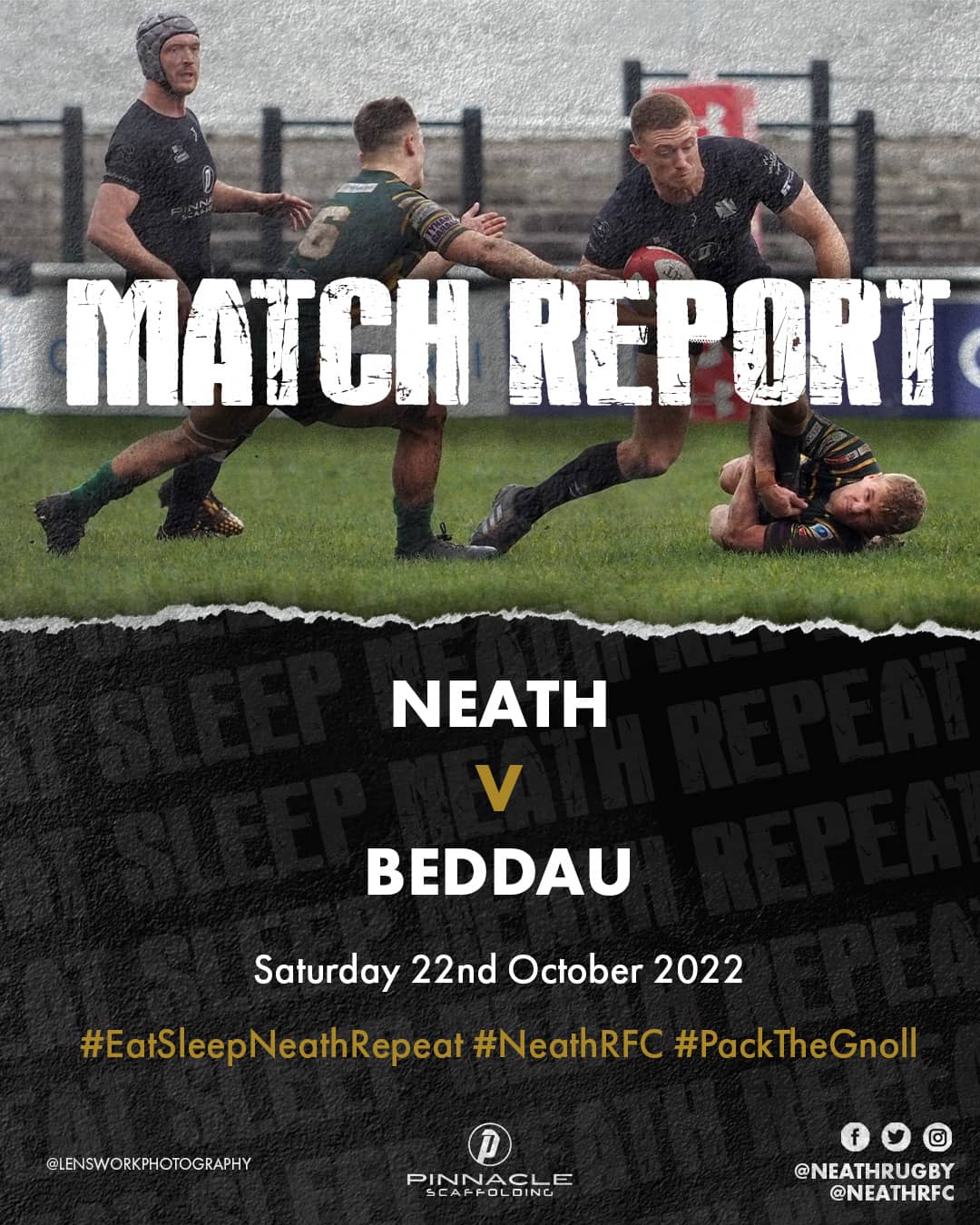 OUTSIDE-HALF STEFF WILLIAMS gathered a match haul of 22 points as Neath maintained their place at the top of the WRU Championship against a battling Beddau side who never gave up the ghost at The Gnoll. 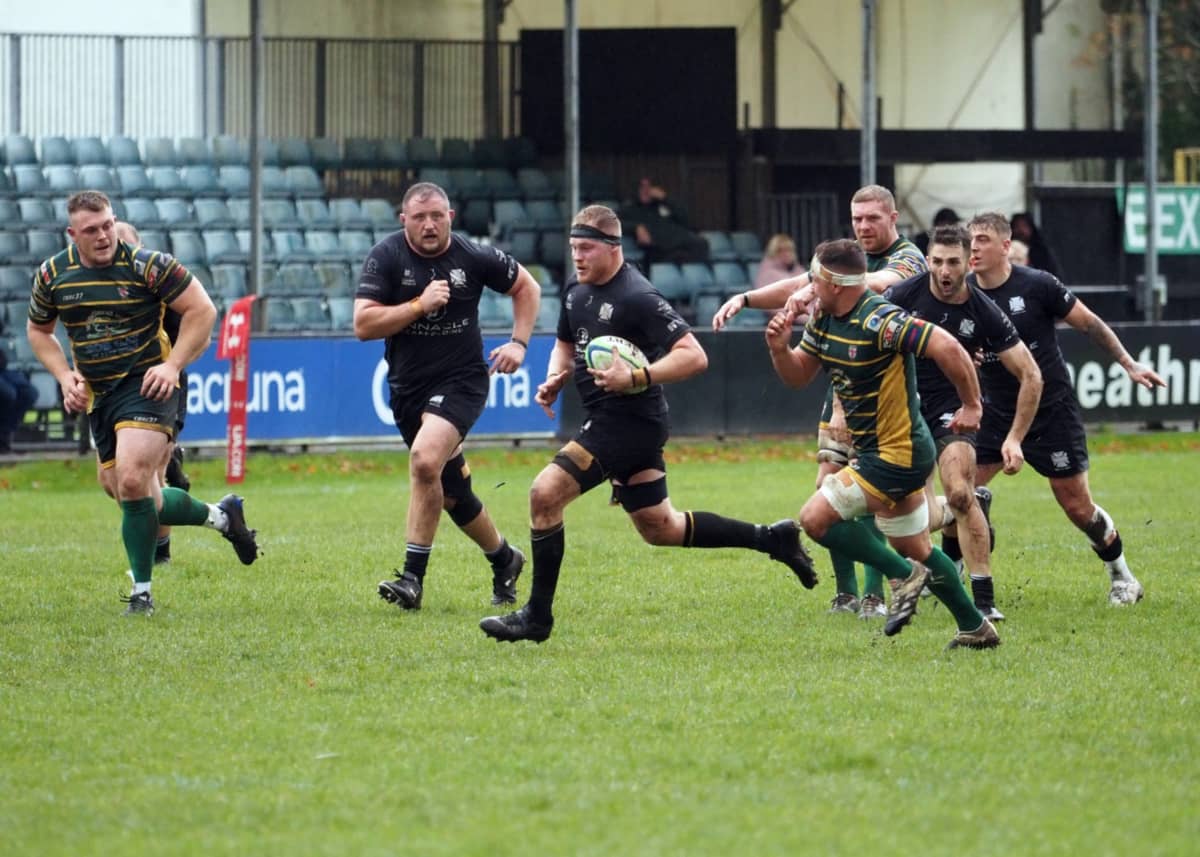 A fair crowd braved the drizzle as Neath kicked off towards the Union end and the Blacks went ahead instantly in the first minute when outside-half Williams kicked a penalty after full back Lewis Evans was illegally impeded.

Neath got on top from the outset and they added to their score – receiving the ball 35 metres out, Steff Williams ran, spotted a gap, dummied and ran and ran to cruise through to the left corner for the first try.

The Blacks were dominating territorially but a lack of collective drive and admirable stout defence by the visitors frustrated them until midway through the half when Williams extended the lead by landing his second goal to make it 11-nil.

Little was seen of Beddau as an attacking force and Neath continued to dominate affairs  as the rain intensified. Williams was very much at the centre of things but he could not quite hold on to a difficult scoring pass after a telling run by winger Aled Brew along the left touchline. 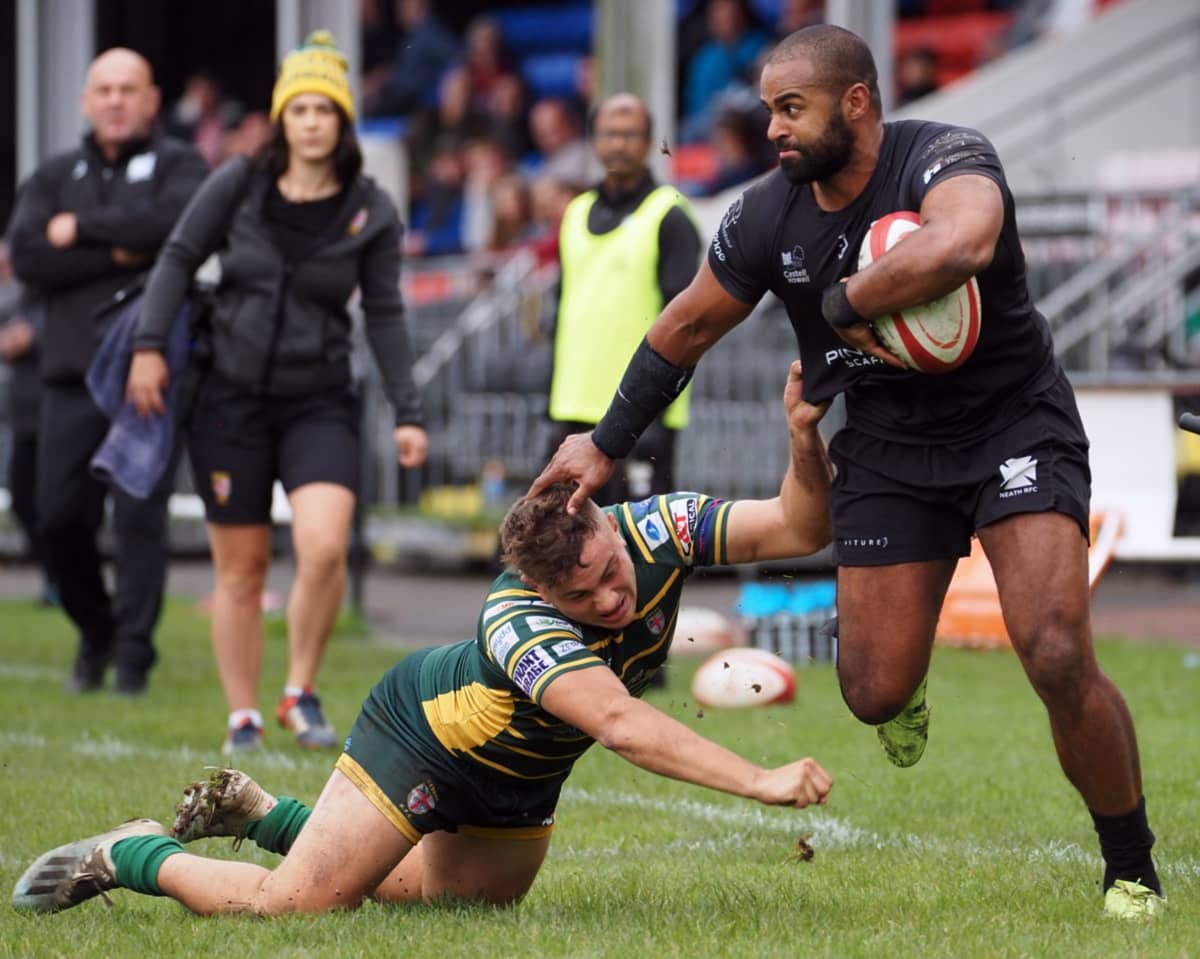 Williams split the defence again but could not quite polish it off and the chance went abegging so the Blacks went in at half-time – in the lead, in control but not as far ahead on the scoreboard as they might have been.

Renewed direction and urgency were needed when Neath came out after the break and the Blacks knew that they had to up their effort and score another three tries for a bonus point win.

And the forwards rose to the challenge with another powerful display. Possession is key and Neath had a decided advantage at the lineout in the form of the twin peaks of Matthew Davies and Jon Barley while their scrum gradually got the upper hand.

Even more important is the appetite to contest every ball and the Blacks soon laid siege to the visitors line. Ten minutes in, after a couple of near misses, the incessant home attacks broght a try for flanker Jacob Blackmore from an inside pass from that man Williams who converted easily to make it 18-nil.

By now Neath’s forwards had their eyes firmly on the prize but gritty defence held them at bay for another ten minutes before that grand hooker Sion Crocker profited from another pack surge to dab down for his fifth try of the season and a fine conversion by Williams made it 25-nil.

It was now virtually all Neath who kept up the charge and a strong run by No.8 David Griggs and his inside pass saw the supporting Steff Williams cross for his second try which he converted himself to complete his season’s best 22-point match haul and put Neath 32-nil to the good. 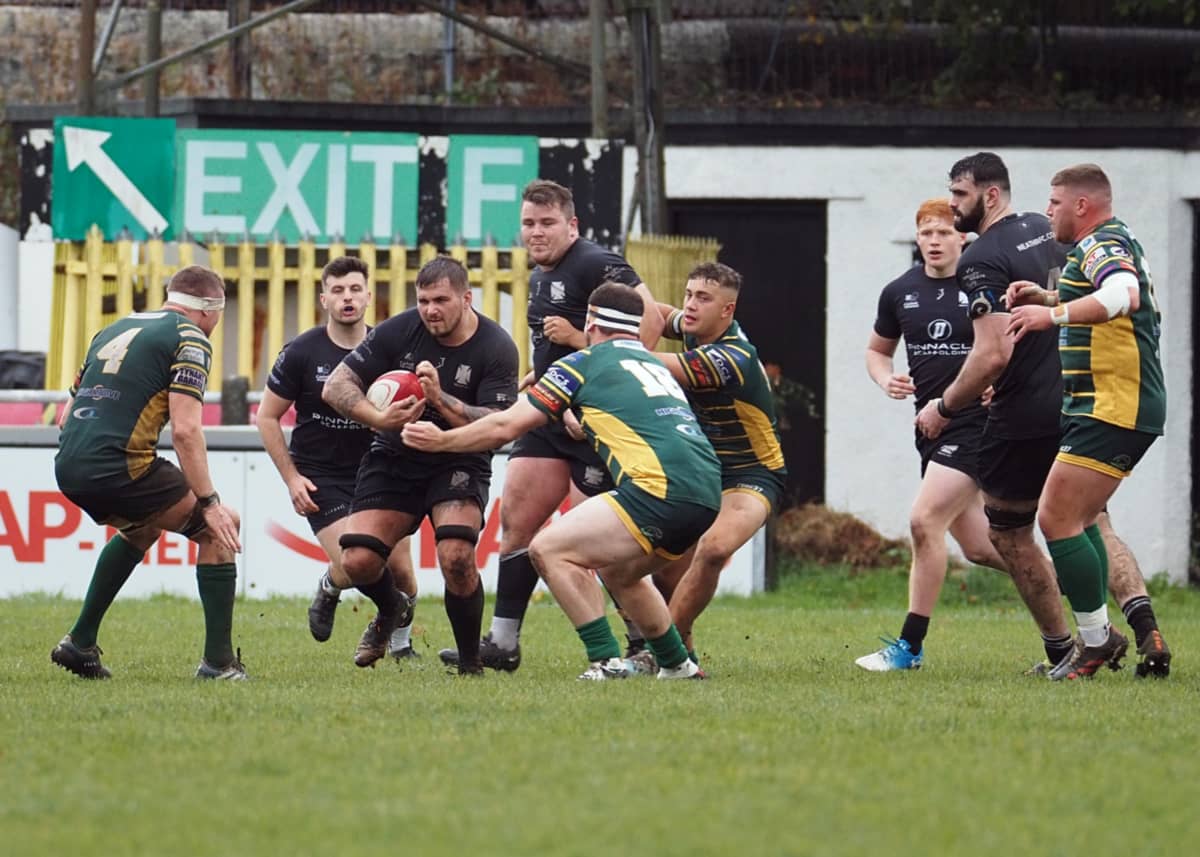 Neath introduced 18 year old Neath Athletic Colts flanker Cerith Davies and the  Ystalyfera schoolboy was soon in the thick of things as was another promising young forward replacement Evan Kneath.

Thereafter though, there was no more scoring. Beddau broke the stranglehold once but play broke down on the Neath 22 and, at the other end, ever-industrious flanker

Owain Morgan just lost out when a hack through slithered over the deadball line and just out of reach – Brew who might have got there first was blocked in the pursuit.

Neath might have scored again but were thwarted by a knock-down, one of few offences to escape the eye of in-form referee Mr. Jason Bessant who enjoyed an excellent game and fully played his role in an entertaining game in the rain.

Beddau, coached by Tom Riley and Matthew Rees, were well drilled defensively and they were best served by their hard-working back row led by skipper Jordan Goodwin. Young No.8 Dylan I. Williams looked a player of promise while centre Tyler Wells, on permit from Merthyr, was a strong runner.

However, Neath’s command was illustrated by their denying Beddau  not only a score but even a kick at goal – and it is many a year since Neath accomplished that !

Ultimately, Neath got what they wanted – another win and another bonus point to stay top of the table – but there is a feeling that they are capable of better when the side really clicks.

Neath will be looking to improve further next week on their visit to resurgent Tata Steel who appear to have put their early-season problems behind them and gave a decent account of themselves at Trebanos in a 20-36 loss.