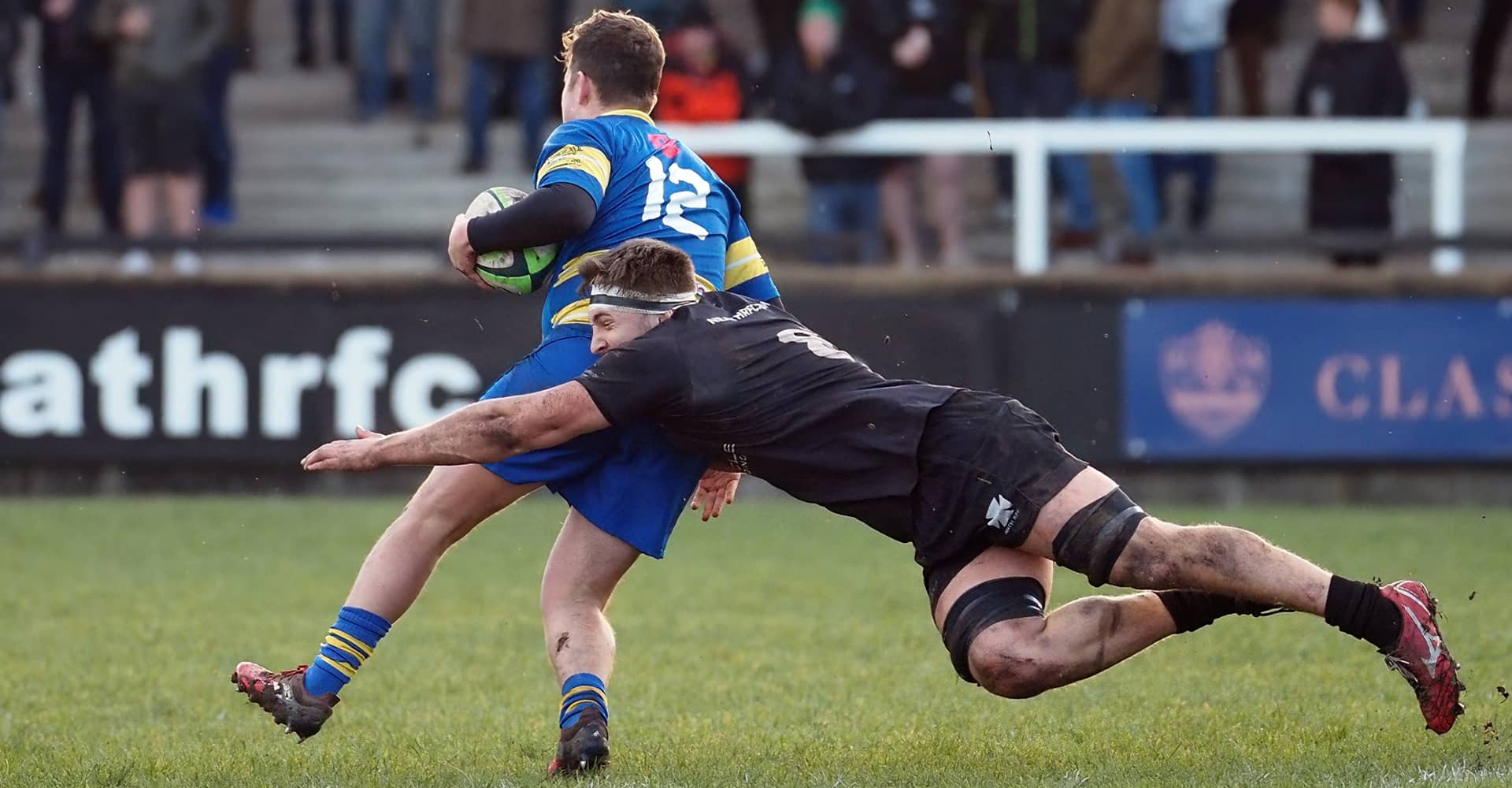 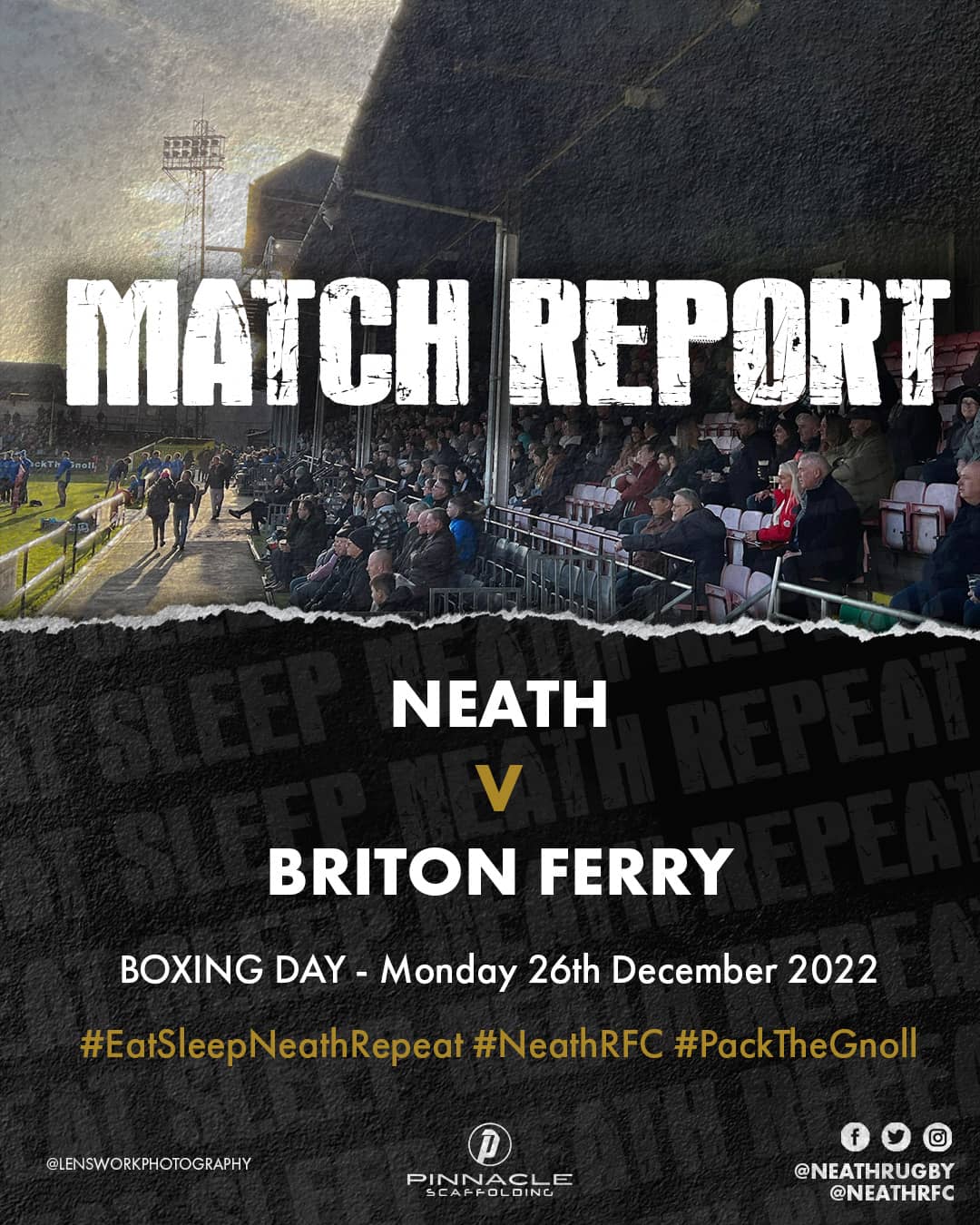 To Neath a comfortable 10-try victory; to Briton Ferry the pride – and lots of it !

Neath bade a fond farewell to 2022 with a handsome 68-nil win over out-gunned Briton Ferry at The Gnoll on Boxing Day in front of a capital holiday crowd.

There were queues at the turnstiles and in the bars – and the four figure crowd including very many youngsters was surely the biggest gathering seen in Wales for a non-league encounter.

Both teams are to be thanked as evidently the supporters relished their day out and enjoyed worthwhile entertainment in the fresh air – and yet more indoors afterwards.

In rugby days of yore – four or five Kings ago – Briton Ferry was the only WRU (or, more accurately, WFU) member club located between Neath and Aberavon; there was too a plethora of smaller clubs who sustained Briton Ferry who in turn fed their bigger neighbours.

It was a pecking order which saw the Ferry direct future internationals Fred Hutchinson, Arthur Lemon, D.L. and Harold Thomas to Neath and Jim Jones and Tal Harris to Aberavon.

Briton Ferry also enjoyed fixtures and wins over Aberavon and Bridgend, a draw with Swansea and, immediately after the First World War reclaiming their Aberavon men, yes, they beat Neath too.

Now, of course, we are led to believe that we live in more egalitarian times.

Distribution of Britain’s wealth may have shifted slightly but there has been a seismic movement in rugby riches and Briton Ferry are not as strong as they once were.

Still, David Parker (what an emotional return to The Gnoll he had !), Kerry Frey and their committee do a grand job in keeping the rugby flag flying with a young side which will surely improve. 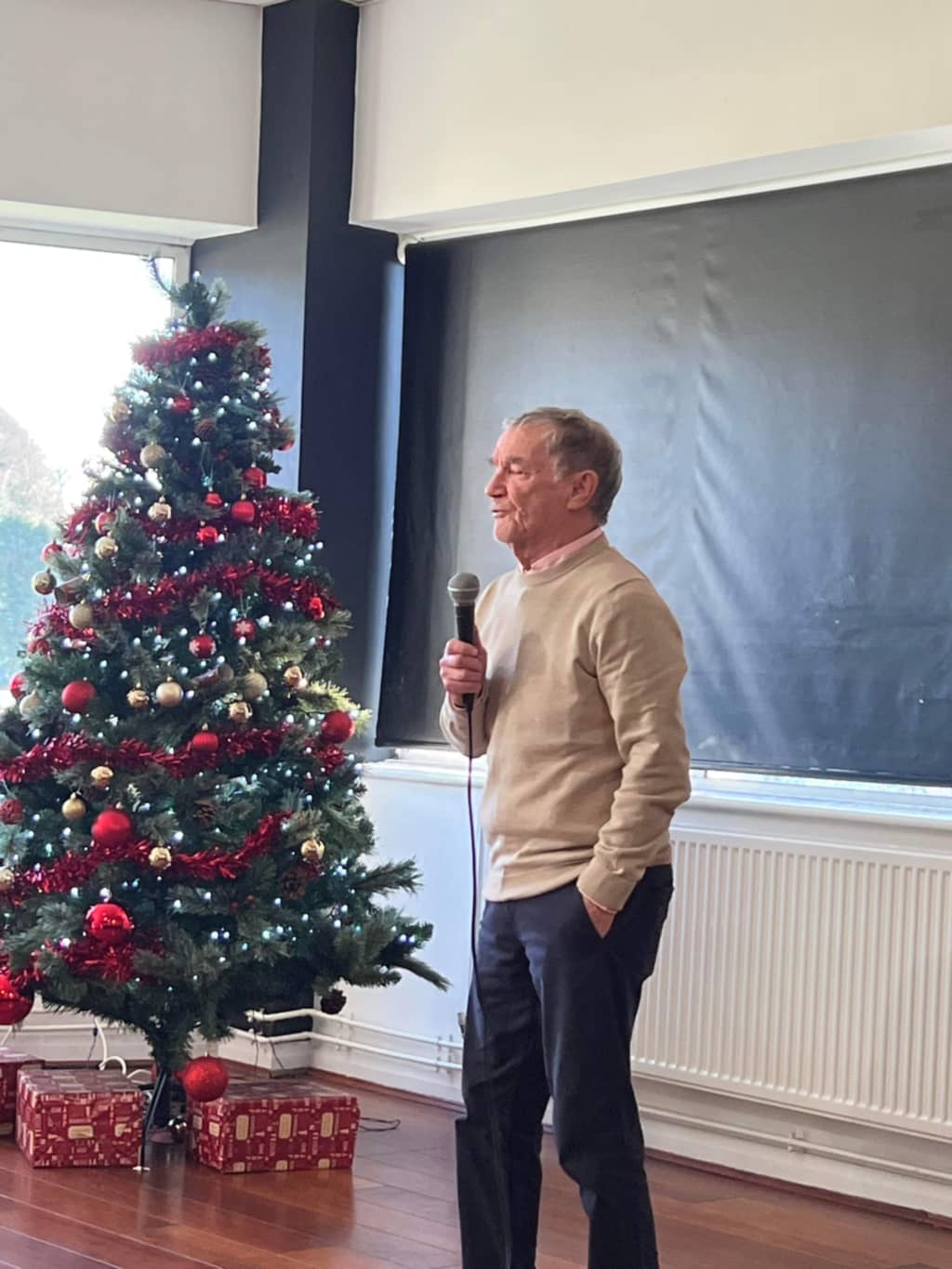 Ferry kicked off defending the Union end and Neath took a while to warm to their task; indeed, for long periods of the first-half, the home side looked as if they were suffering from a surfeit of Christmas turkey.

But that does not do justice to the determined effort put in by the whole Ferry side.

The visitors put in some big tackles, back rowers Regan Smith and David Harries worked hard and Jacob Daniels was an eye-catching, lively scrum-half who even found the energy to re-gather kick offs and Neath’s passing was neither accurate enough nor well-timed.

In the first-half, busy Neath centre Ben Atkins, No.8 Morgan Kneath and scrum-half Jay Weaver touched down, 18 year old outside-half Rhys Harris converting all three to give the Blacks a 21-nil interval lead. 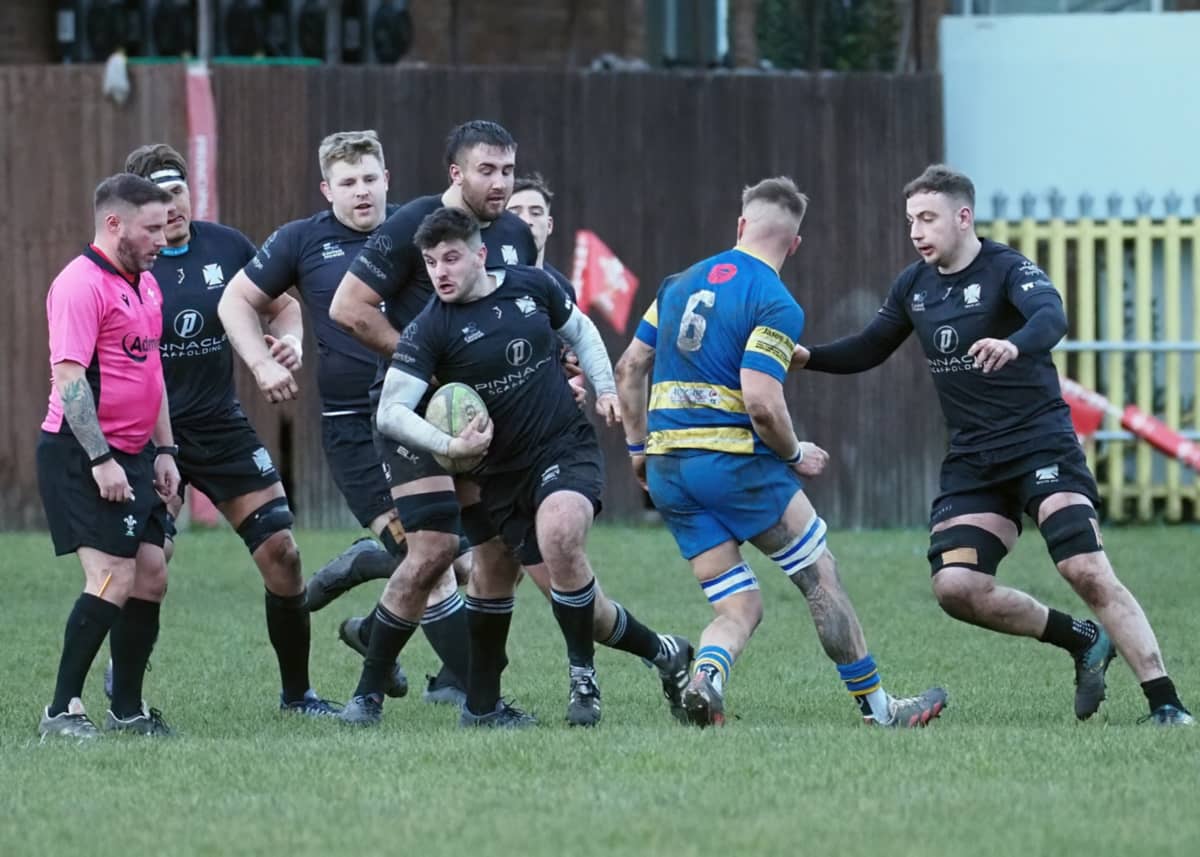 In the second half, the Blacks improved upon their earlier disjointedness and perhaps cast aside a few Christmas excesses too as they took their tally to 10 tries.

Winger Ryan Griffiths soon added two quick tries to set Neath on their way as the wearers of the Ukrainian colours continued to defend for all their worth.

As the Ferry tired and the game opened out, Neath pulled away. Passes were put in front of the man encouraging the receiver to run onto it and the unaccustomed and untried centre pairing of Elis Horgan and Dyfan Ceredig grabbed two tries each. 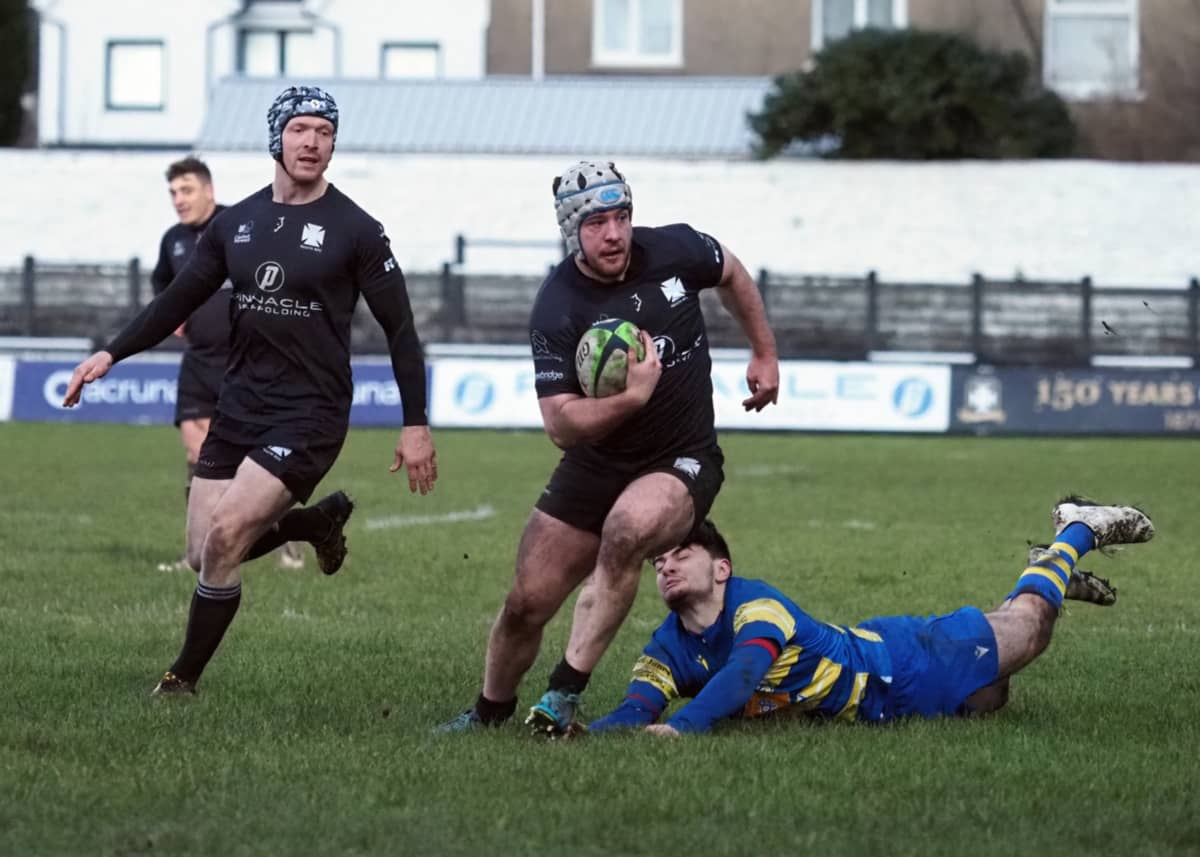 Their midfield combination excited much favourable comment and both are quality young rugby footballers, balanced runners with skills that transfer easily from their normal positions of scrum-half and back row; Bath University are indeed blessed to claim their term-time services.

To their credit, Ferry continued to battle with Lloyd Phillips and Chris Jones calling on all their experience and many in the crowd were hoping to see the Ferry get on the scoreboard at least but they spurned a couple of kickable penalties.

Neath replacement scrum-half Macauley Griffiths set the seal on the game and provided an individual highlight when he raced 60 metres from a scrum without any support and his weaving run carried him to the try-line allowing referee Mr. Craig Davies (who enjoyed his biggest game to date) to whistle a little early.

Goal-kicking emphasised Neath’s advantage : Rhys Harris converted the three tries in each half and rattled the woodwork with his seventh attempt before replacement Steff Williams emerged to convert the last three.

Elis Hopkins led the side capably, mobile young front rowers Morgan Thomas and Evan Kneath both supplied scoring passes but of great concern to Neath was the loss of forward Ross O’Connor with a recurrence of his shoulder injury in his first game back. 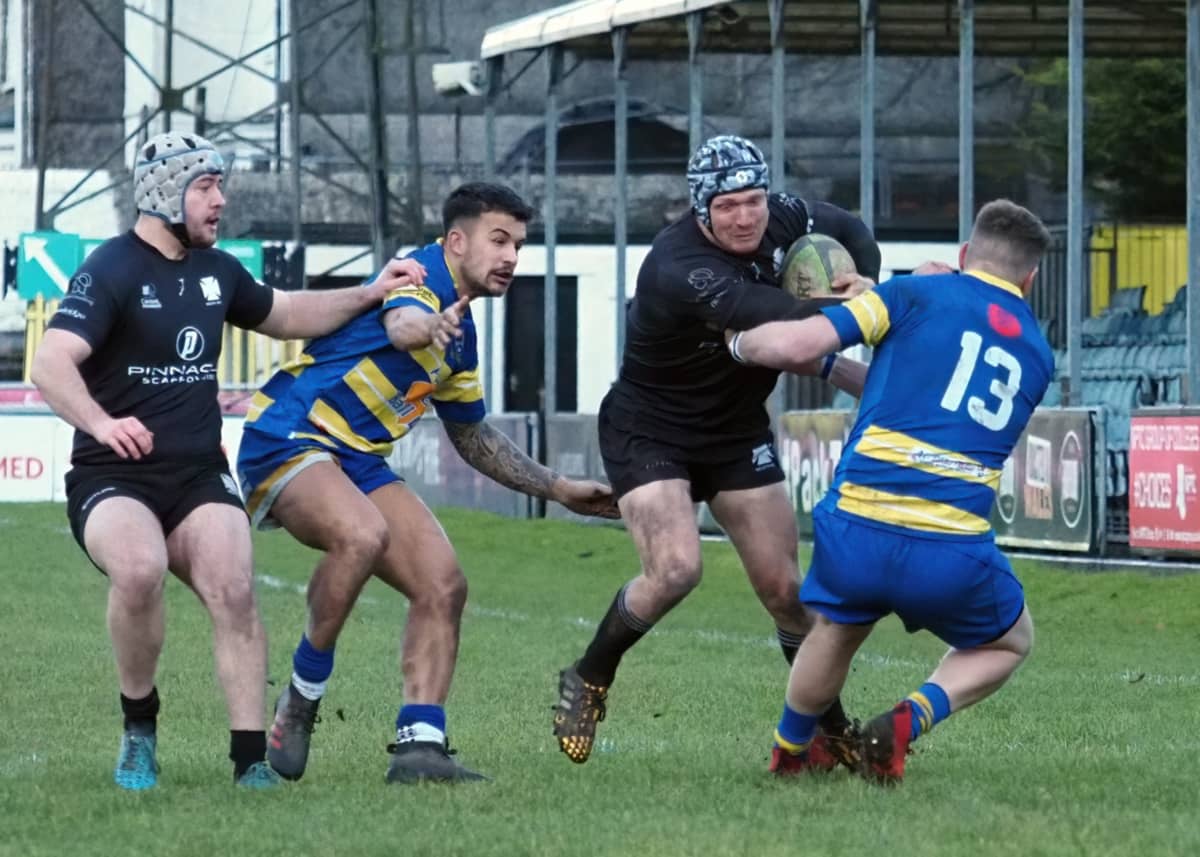 In the final analysis, Neath had too many big guns for the Ferry who can nevertheless take heart from their display which should inspire them to better things when the league resumes.

Neath were worthy winners but, now that the ‘flu in the camp has diminished, the game illustrated their need to hit the training paddock with post-festive zeal before a testing January.

2022 has been kind to Neath RFC, their hard work and endeavour being rewarded with a Cup win and their ending the old year on top of the Championship – Neath’s ambition for 2023 must be to keep building and continue improving !