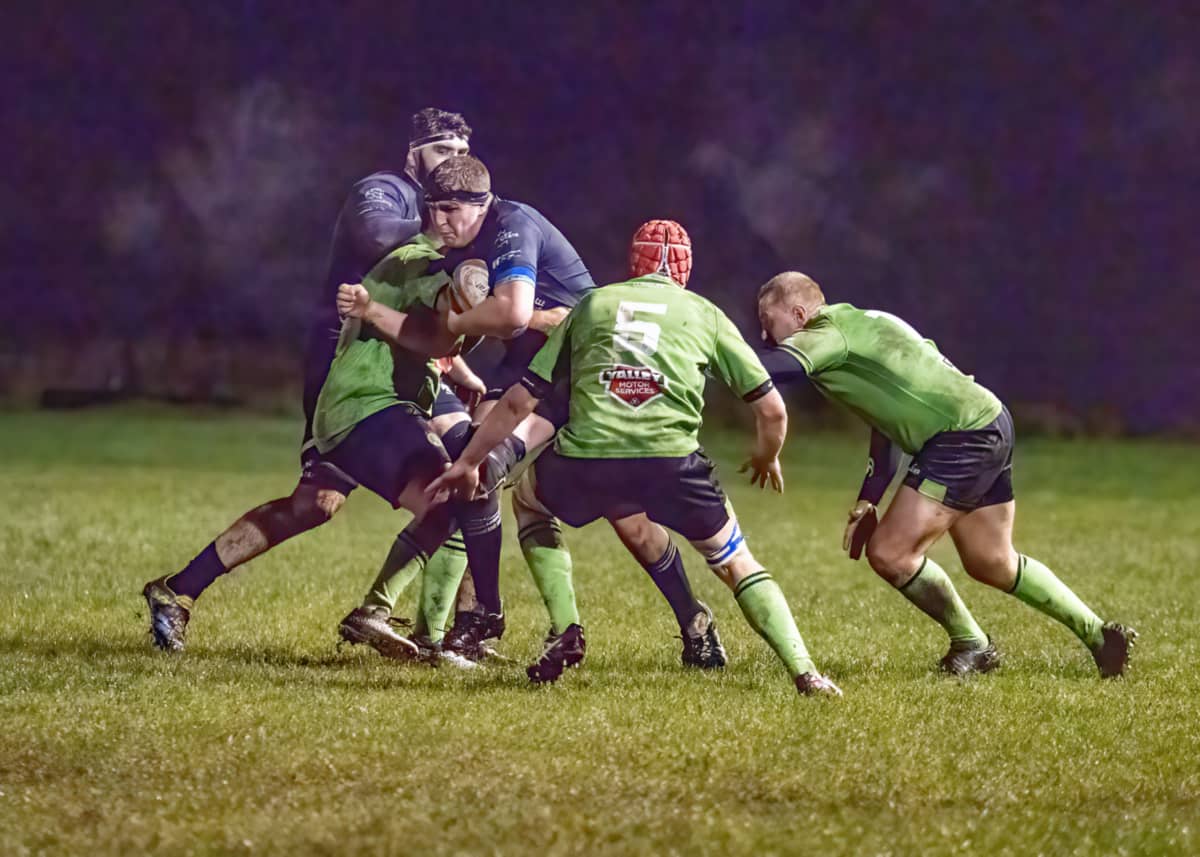 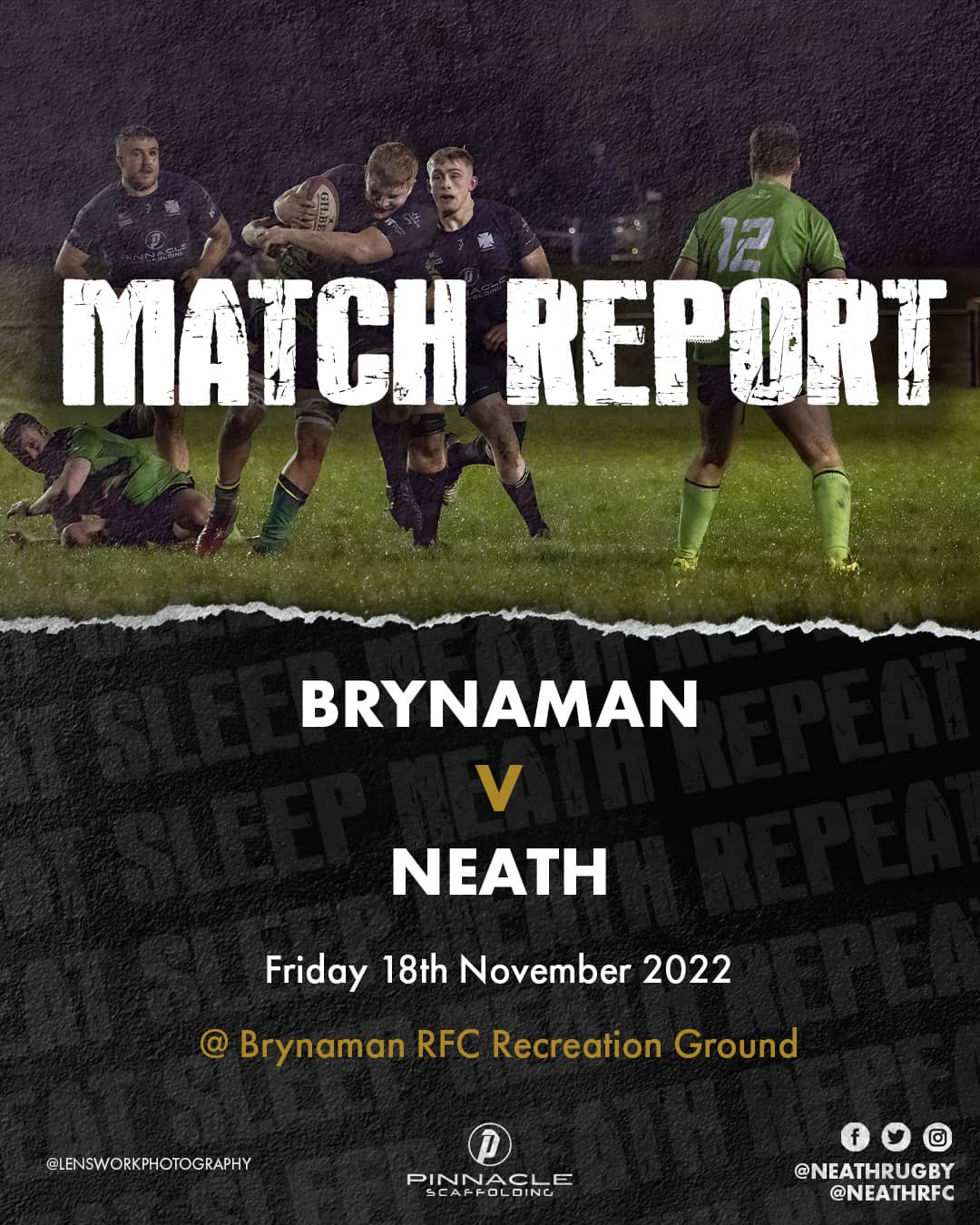 On the chilliest evening of the season so far, Neath made hard work of it in the first-half but eased away in the second to register a comfortable win on their visit to Brynaman to help mark the home club’s 125th anniversary season.

Led for the first time by No.8 Elis Hopkins, Neath fielded only three of the team which had started in the weekend’s 60-17 win against Cardiff Metropolitan including centre Ben Atkins who made his 50th appearance.

Also included were three new starters in wing Llewellyn Hawkes (Neath Athletic), outside-half Rhys Harris (Trebanos) and Fergus Kneath (Llangennech), the third brother to appear for the Blacks, as well as the old war-horse Leon Ward who re-appeared after a two-year sabbatical. 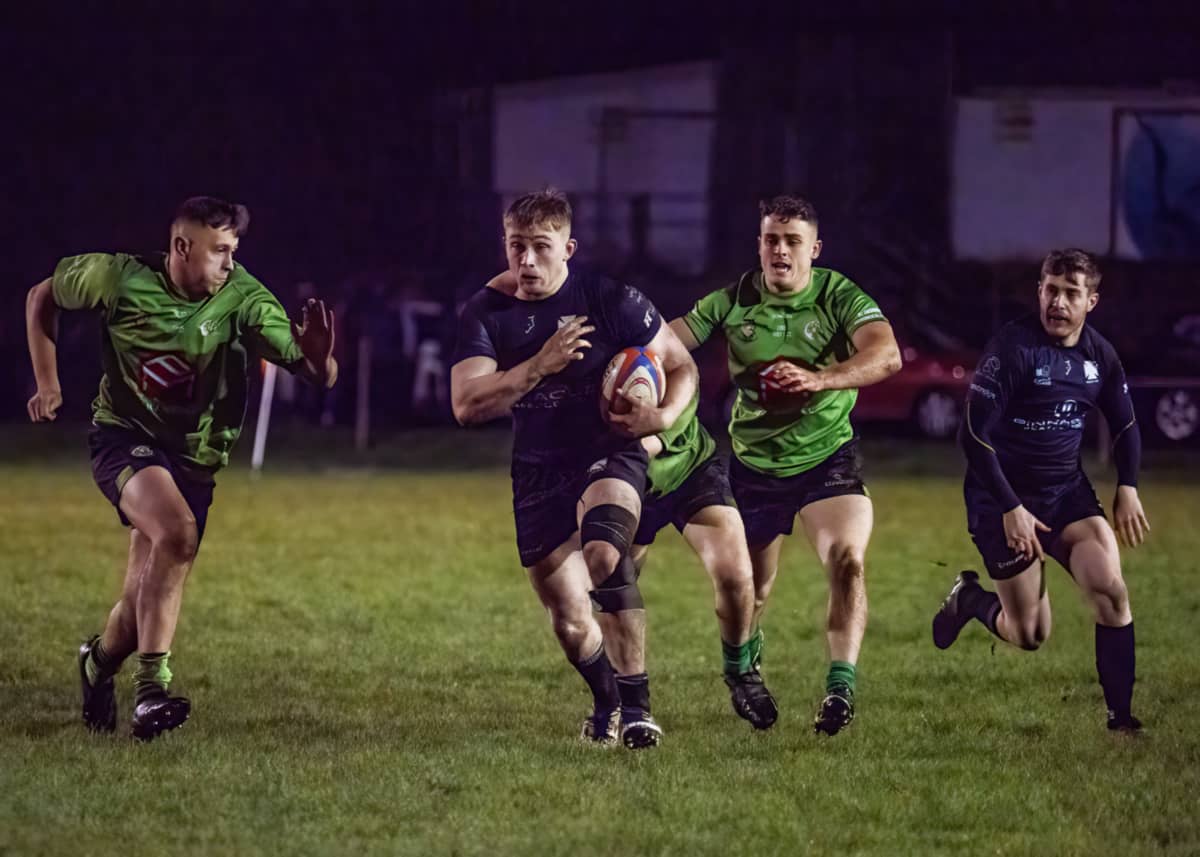 Neath took an early lead when a surging trademark drive by the forwards resulted in prop Gareth Lloyd plunging over for his first try of the season and the conversion points were added by young outside-half Rhys Harris with his first kick at goal for the Club.

But for the remainder of the first-half, despite positional supremacy, the Blacks failed to add to their score as a combination of unfamiliarity with so many changes, dropped balls and too many penalties meant that there was little flow to the play.

Add in the brave home side’s stout defence and Neath were kept at bay as the Greens’ midfield of Steff Davies, Ifan Tully and Richard Williams sealed the midfield effectively and Neath squandered several good positions.

Neath were held up on the line and captain Hopkins and centre Atkins both had what looked like good scores diallowed after crossing the line while the Kneath brothers – hooker Evan and Fergus (an appropriate name for a wide-ranging flanker – as Tim Ryan would agree) – were most impressive in a dominant Neath eight in which lock Ioan Jones and Leon Ward also worked tirelessly.

It remained 7-nil until the interval but Neath improved in the second-half and settled into better patterns. Just two minutes in, a splendid run and inside pass by Fergus Kneath was well supported by young Llewellyn Hawkes and the winger needed no second invitation to coast to the posts for Neath’s second try which Harris converted.

Midway through the half, more good work saw the deserving Evan Kneath, making his first start after five appearances as a replacement, pounce for the third – and his first – try for Neath and Harris again added the points for 21-nil. 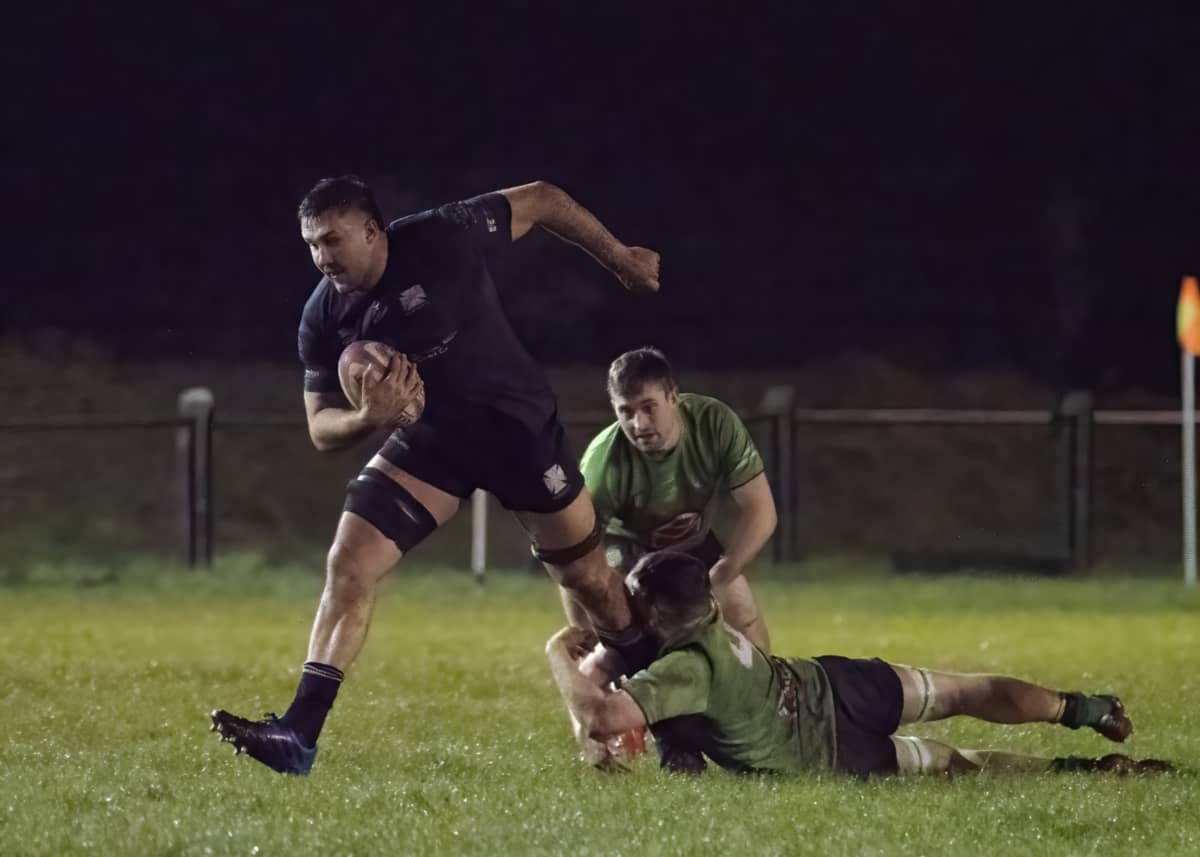 And, when Brynaman loosely tapped back at a lineout, captain Elis Hopkins seized upon it and performed the kind of dribbling ability which we will all hope to see from the Wales soccer team in Qatar next week – his great ball control bagged the fourth try and Harris again added the points.

With College prop Tarik Dabeh (Bryncoch) on for Jon Thomas and contributing to an always strong scrummage, Neath were well on top now and a typical surge by replacement David Griggs saw Rhys Harris launch one of many prodigious kicks into Brynamman territory; the Greens ambitiously ran the ball back but the alert Llewellyn Hawkes intercepted and raced away for Neath’s fifth try, the conversion being a formality for Rhys Harris to make it 35-nil.

And Neath signed off with a sixth try when wing Lewis Dyke, one of the four 18 year olds in the team, raced outside his man and cross-kicked. Brynaman is, of course, the land of the cross-kick for one of its famous sons ex-Neath man R.C.C. (Clem) Thomas used the tactic for Ken Jones’ try in Wales’ last win over New Zealand in 1953.

Dyke’s kick was carried over by a last Brynaman defender with half a dozen Neath men bearing down on him but the position yielded more good close-quarter work by the Neath forwards which saw Leon Ward nearly cross before replacement hooker Sion Crocker gathered and drove over for his eighth try of the season and the immaculate boot of Rhys Harris rounded it off. 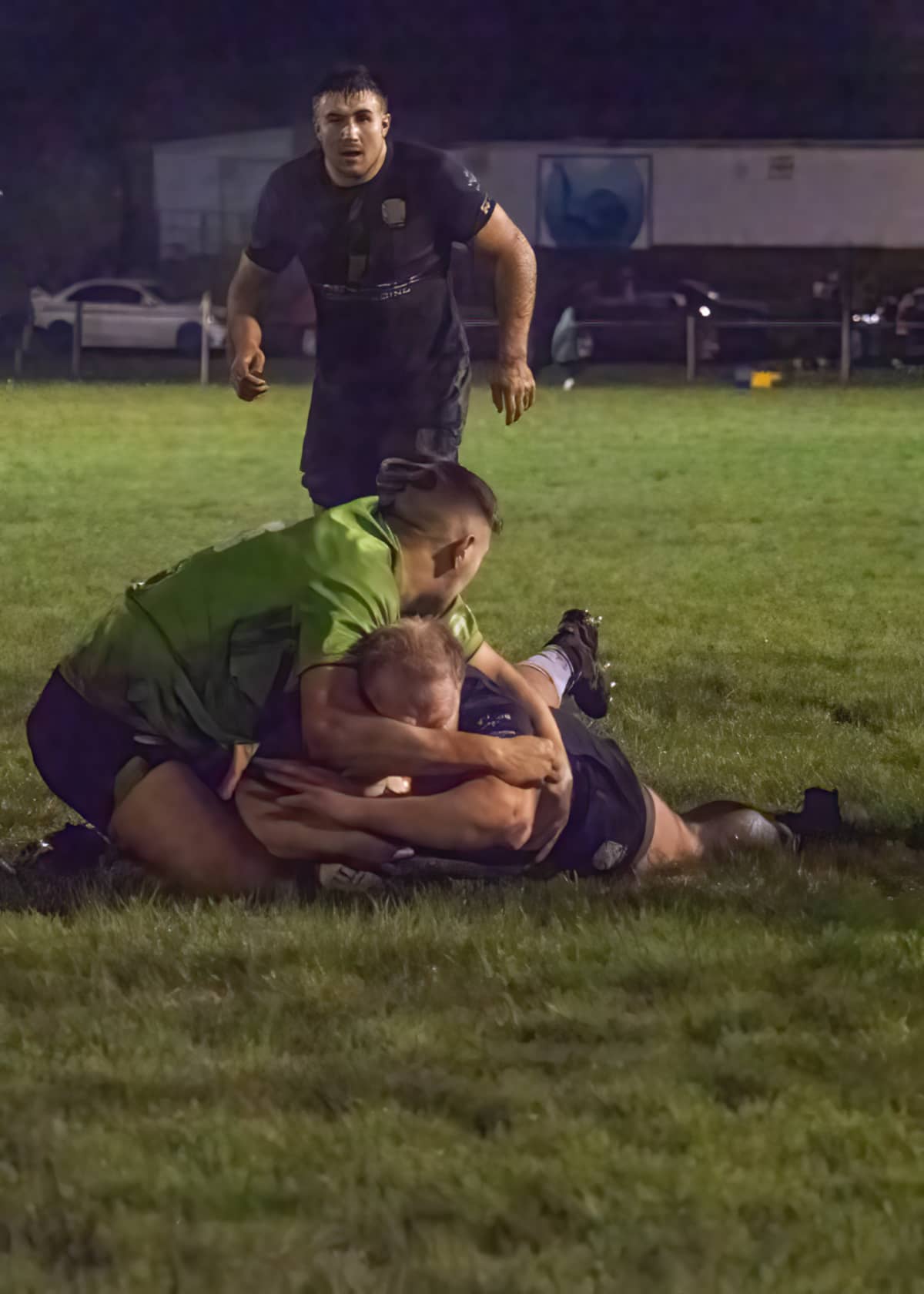 All told, it was a worthwhile exercise for Neath whose squad members will have benefitted from the match-action while all the younger players showed enough to earn further chances. With a full squad to service, such fixtures are important in terms of Neath’s rugby-readiness and future development as well as nurturing the grass-roots – essential in Wales more than perhaps ever before.

Neath now have a fortnight in which to prepare for the league visit to Ystrad Rhomdda on Saturday, December 3.