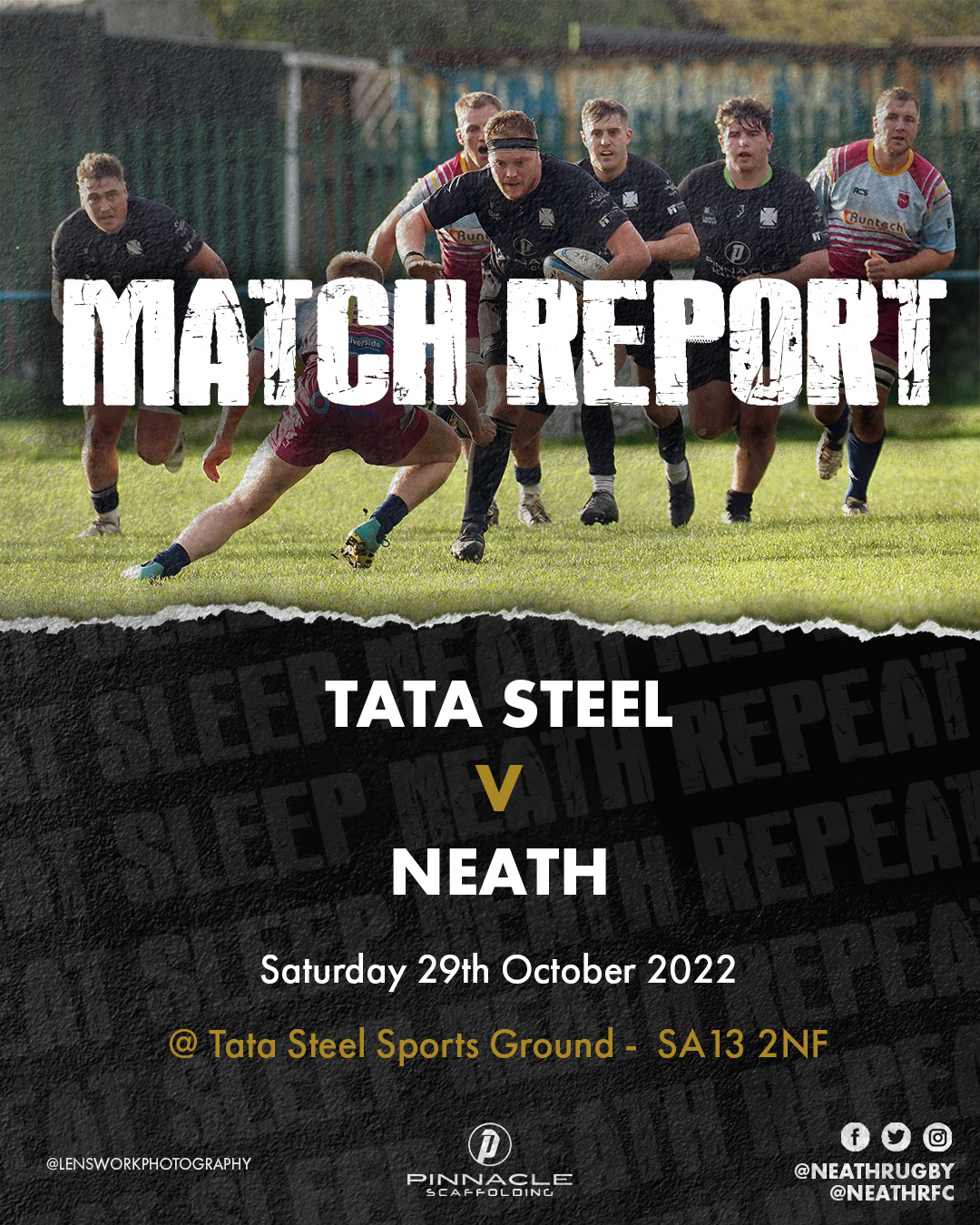 NEATH confirmed their placing at the top of the WRU Championship table by running in 11 tries at plucky Tata Steel who kept going to the final whistle and who were loudly cheered for their efforts by the grand Neath support.

Despite the recent heavy rains, the pitch was in tip-top condition and Neath, playing with the breeze, gave early notice of their desire just three minutes in when hooker Josh Clark dabbed down after lock Jon Barley won an attacking lineout. 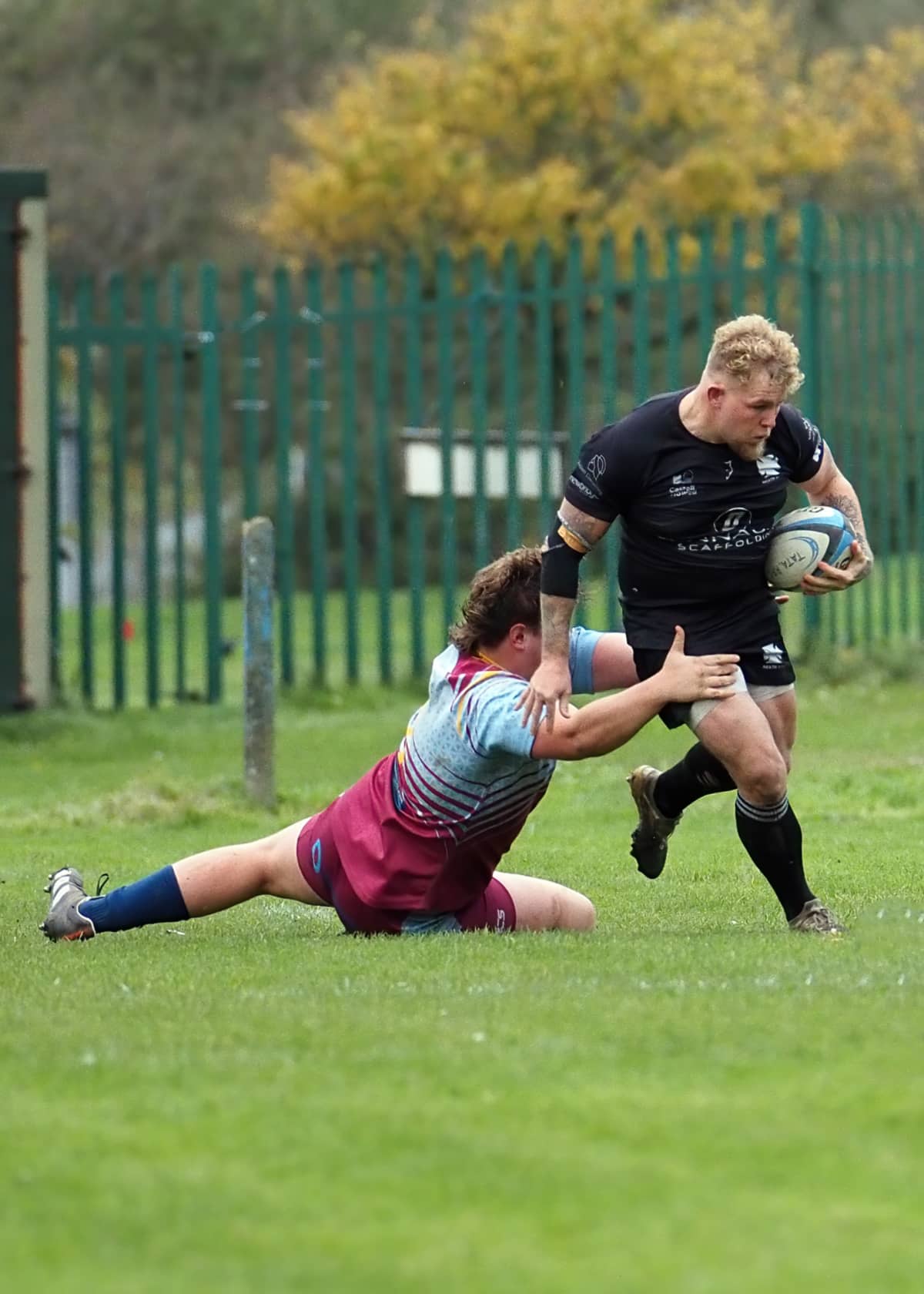 But Neath took their time in getting going as they lapsed into “soak up” mode and Tata enjoyed a good ten minutes before the Blacks were caught offside and home outside-half Cameron Bamford – one of only three players in the home team who played against Neath last year such has been their plight – struck a straightforward penalty.

The Neath forwards upped their effort and began to assert themselves and midway through the half the visitors doubled their score when impressive returning No.8 Morgan Kneath scored a pushover try which Williams converted.

The Blacks continued to dominate and Tata’s cause was not helped by their receiving a yellow card and it was a case of deja vu all over again as the bonus point was secured via two similar tries in opposite corners by Clark, both of which Williams converted, as Neath established a stranglehold on affairs.

Neath had been plunged into a wing-crisis as both wide men Ryan Griffiths (ankle) and Aled Brew (hamstring) departed. The half ended when skipper Owain Morgan led a charge from the Neath line to within 10 metres of the Tata line only for a valiant last-ditch defender to get a hand in and it was 28-3 at the interval and, on the stroke of half-time, lock Sam Martin became another injury-victim. 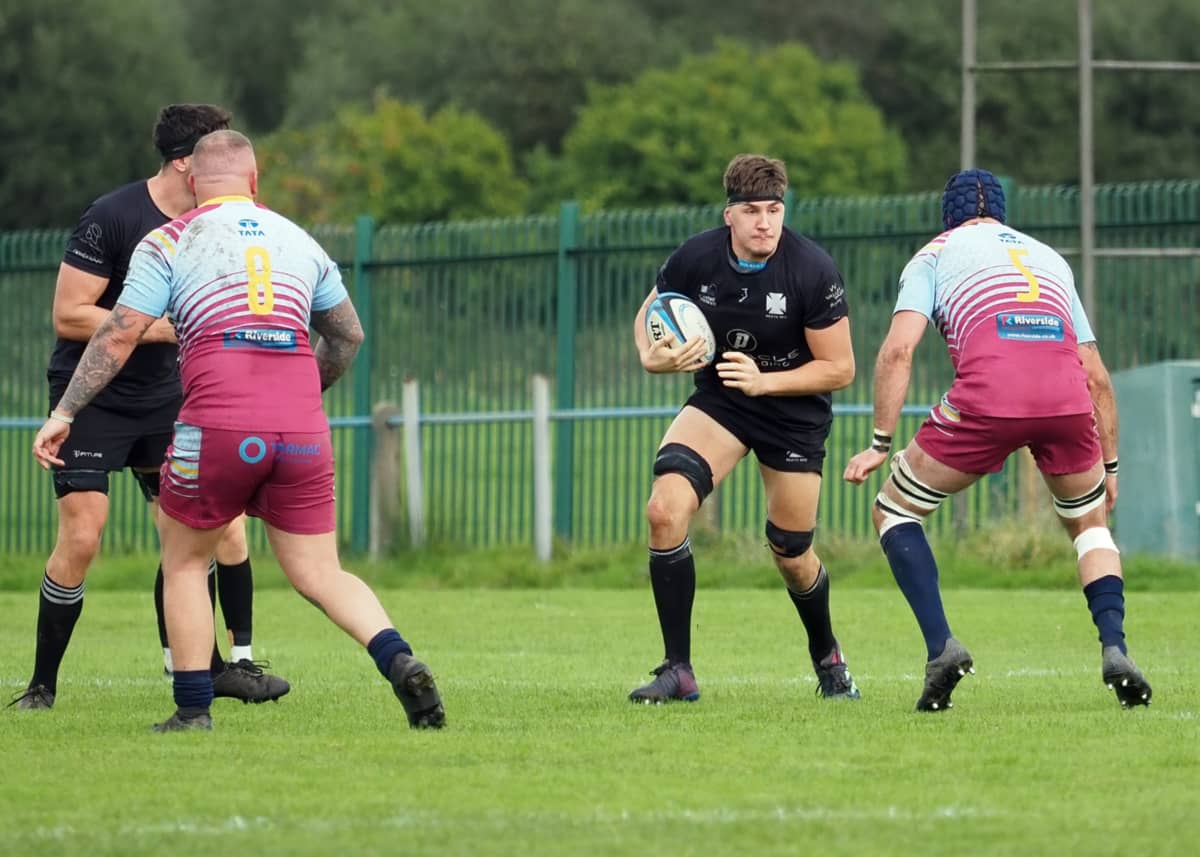 He was replaced by Ioan Jones and young prop Morgan Thomas made his season’s bow as a replacement for Gareth Lloyd but there was no dilution of Neath’s forward power as just three minutes into the half the Barley-Clark combo struck again to make it 33-3.

It was Josh Clark’s fourth try of the afternoon – a record for a Neath hooker although prop David Joseph (who, coincidentally, was capped by Wales Youth from Tata) once performed the feat against a Carmarthen Select in 1986/87.

Five minutes later, Neath were at it again, forward power to the fore as the Blacks surged out of their own 22, Clark burst away and handed on to Jon Bayliss on the left flank and he dashed 50 metres along the left touchline to register Neath’s sixth try at the corner for 38-3.

The game was now well and truly won so Neath’s pragmatic pack power was expanded upon with some more sparkly stuff as the backs were unleashed and, as the half developed, at least half a dozen players came within a metre or two of scoring.

Tata, although heavily out-gunned, fought on and rarely shirked a tackle but it was now virtually all Neath who ran the ball back from the kick off and captain for the day on-song Owain Morgan, who and had another fine game, grabbed Neath’s seventh try and Williams converted.

The Blacks kept up the momentum and, from a midfield scrum, full back Lewis Evans went over to raise Neath’s half-century. Bamford rather obligingly put the restart out on the full and a pre-planned move resulted in outside-half Steff Williams scampering across for Neath’s ninth try which he converted himself.

The Blacks continued to spread play and the ball reached Morgan Kneath, loitering with intent on the left touchline, to cross for his second try – Neath’s tenth.

The eleventh and final try befell the irrepresible Steff Williams whose quick tap paved the way for his solo second try and his splendid seventh conversion made it 69-3 going into injury-time. 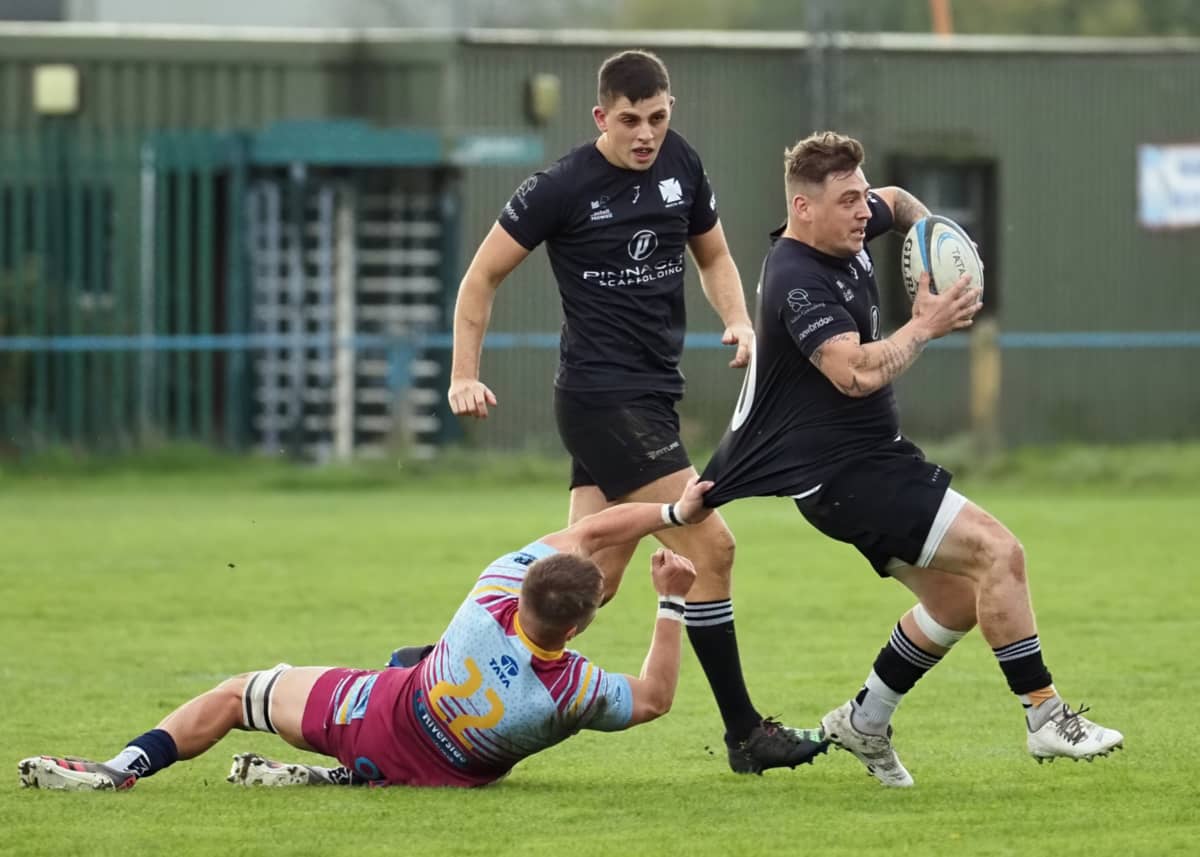 Neath threatened another try when they ran back the re-start, replacement Ben Atkins making good ground and Morgan seemed about to set the seal on Neath’s victory but the pass went astray.

Instead, never-say-die Tata came away with the ball and got their reward when replacement Ashleigh Rosser (ex-Neath Athletic and Briton Ferry) crossed for a fine consolation try wide out.

After the difficult conversion was missed, the referee Mr. Aaron Parry (Pontypool) who had a good afternoon and exercised sensible control throughout blew the final whistle.

As the scoreline suggests, Neath’s power was too much for Tata who are getting things back on track after a disastrous summer of player hemorrhages. But full marks to them for responding to adversity in such a positive manner … things will surely improve quickly for them.

The Welsh All Blacks have no game next weekend as Welsh rugby closes for Wales’ first autumn international against New Zealand. Neath’s “honeymoon” is over and the Blacks will be back in action the following Saturday, November 12 when Cardiff Metropolitan visit The Gnoll (kick off 2.30pm) in a vital clash.